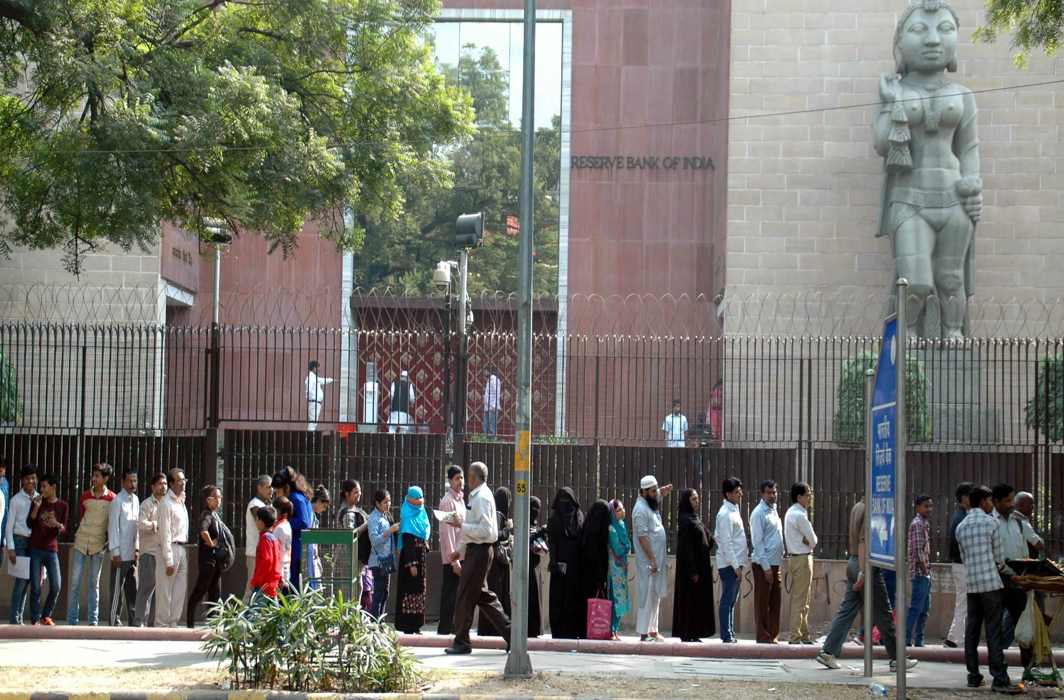 Above: The Reserve Bank of India must play a leading role to ward off the NPA crisis/Photo: UNI

Taking a leaf from the Federal Reserve, the RBI should create Rs 8 lakh crore electronically and use it to buy all NPAs. This radical move will prevent impending economic depression

Bad loans or non-performing assets (NPAs) are in the news again. The government claims that NPAs have dropped to Rs 8.06 crore due to their four R’s strategy—recognising NPAs transparently, resolving and recovering value from stressed accounts and recapitalising state-run banks. If the government’s numbers are correct, bad loans as a percent of total loans have dropped from 11.5 percent in March 2018 to 9.3 percent in March 2019 and according to a CRISIL report, could drop to around eight percent by March 2020.

While it appears from recent numbers that the stress in corporate loans may have peaked, rating agency India Ratings estimates that an additional stock of Rs 2 lakh crore in fresh bad loans from the infrastructure and power sectors will hit the banking system over the next one year. There are also signs of stress building up in the retail loan portfolios of many banks. The growth in retail credit over the past three years (17.8 percent) is not supported by a commensurate growth in wages (2.1 percent) and employment (6 percent). And, under the radar, there is a growing build-up of NPAs in loans to medium and small enterprises, MUDRA loans as well as Kisan Credit Card loans.

In a recent speech at Stanford University, Urjit Patel, former governor of RBI, expressed concern over the magnitude of NPAs. He also stated that the amount of capital put aside as a buffer against bad loans was “overstated” and was insufficient to tackle the enormous stress on the banking system.

NPAs are an immediate and growing problem for the Indian economy that has slowed down considerably. The hig­her the NPAs, the less money banks can lend because they have to set aside capital to provision for these bad loans. And the less money banks have to lend, the lower the levels of private investment. This, in turn, leads to a reduction in income, employment and consumption, which further leads to more NPAs, and the vicious cycle goes on.

The Indian economy is, therefore, stuck in a slowdown that results from this logjam of bad loans. A logjam is when logs get all twisted and piled up in the river, preventing the water from flowing smoothly. For the economy to grow, this logjam must be cleared, and the water, which is a metaphor for money, needs to start flowing again in the river (the economy).

There are two ways to fix this logjam. One is the slow and incremental approach presently deployed through the Insolvency and Bankruptcy Code (IBC) and the frequent attempts to recapitalise the banks. The other way to open the logjam is to get heavy equipment and clear up all the logs in one fell swoop. The second approach may be costlier in the immediate term, but it cleans up the river quickly and allows the water to start flowing again.

This is what India needs—quick intervention to clean up all the NPAs so that credit can start flowing and for private investment to rise quickly. Coupled with a sensible fiscal policy, which includes a substantial one-time reduction in both corporate taxes and capital gains (I have called for an elimination of both), would create an environment conducive for Indian companies to start making profits and expanding capacity. That will reduce future NPAs and get the Indian economy out of this cycle of poor lending, insufficient investment and weak growth to a virtuous cycle of credit expansion, investment growth, increased levels of income, consumption and jobs.

Let me suggest a way to clean up the logjam of NPAs. It mirrors the approach taken by the US Federal Reserve bank after the 2008 economic crisis. The genesis of that crisis was an increasing volume of bad loans in the US mortgage sector which forced banks to reduce lending to the real estate sector. This, in turn, put downward pressure on home prices and further perpetuated the bad loan problem. The US central bank responded quickly with what is known as quantitative easing (QE). It created vast amounts of new money electronically (almost $3 trillion) to buy bad loans from the banks. As a result, the balance sheets of banks became stronger and more liquid and they were able to start lending again. This resumption in the flow of credit due to QE prevented a major economic disaster. Domain experts run key departments in the US government and the Federal Reserve and they were quick to recognise that clearing the logjam of bad loans was imperative to reducing systemic risk and getting the economy moving again.

India too needs a quick and substantial quantitative easing programme engineered by the Reserve Bank. The Bank should create Rs 8 lakh crore of new money electronically and use it to buy all the existing bad loans from the banks at their face value. It will provide immediate recapitalisation to banks, strengthen their balance sheets and allow them to start lending again.

But won’t this substantial increase in money supply create inflation? It will if the banks are allowed to release this money into the real economy for consumption purposes. Instead, if they were required to lend this money to the government at zero interest rates, to be used only for investment in high-return infrastructure projects, the impact on inflation would be minimal as there would be a corresponding increase in production to offset the rise in consumption. The experience of the US shows that the impact of QE on core inflation was very minimal.

This QE will also help the government meet its infrastructure targets without issuing bonds and reducing credit availability for the private sector. This “crowding out” effect is very profound in a country like India where the government controls 70 percent of the banking resources and where banks are forced to invest 40 percent of their capital in government securities. Also, by being able to borrow from the banks at zero percent, the government would save on interest costs.

What happens if the bad loans that the RBI bought don’t get repaid or get repaid with large haircuts? The RBI typically turns over its profits to the Indian government. If it loses money on some investments, it will turn less profit over to the government. As the RBI has an unlimited balance sheet, it is not under any time pressure to rush the loan recovery process. This will likely increase the recovered amounts by allowing for a better evaluation of the underlying assets. The Federal Reserve Bank made a profit of almost $50 billion from the bad mortgage loans it bought from US banks in 2008.

Over the long-term, the beneficial effects from the growth of the economy will likely far outweigh the negative impact on the RBI’s balance sheet. From the government’s (and taxpayer’s) perspective, a potential loss to the exchequer from not receiving RBI’s share of profits will be compensated by the ability to finance infrastructure development at zero interest rates.

The NPA logjam needs to be cleared urgently to jumpstart the economy. If this vicious cycle of bad loans and weak private investment gains momentum, India could find itself reeling into an economic depression within the next 12 months. India has not had a recession in 40 years and the mandarins in Delhi are not equipped to handle one if it happens. Economic history is clear in its lessons: business and credit cycles have momentum, and the cascading impact of fear and uncertainty on business investment and personal consumption can escalate into a crisis very quickly.

The credit cycle must be revived immediately and I have suggested a way to resolve the NPA problem quickly and effectively while at the same time providing much-needed capital for infrastructure spending. I call it credit easing instead of quantitative easing because the objective is not to increase consumption by “dropping money from a helicopter” but to expand credit availability and increase private investment. There is only a limited amount that the government can do to reverse the dip in economic growth. Lowering interest rates alone, even down to zero, won’t work and fiscal stimulus without tax cuts won’t work either. The only way to get the economy moving again is through credit expansion.

Private investment is the biggest contributor to economic growth. Recent studies by the IMF and Bank for International Settlements document a strong causality between increasing NPAs and declining private investment across a broad cross-section of countries. Credit easing will clean up the banks’ balance sheets, expand credit and create a cycle of increased investment, higher growth, rising incomes and greater consumption. Yes, there is a risk of a moderate rise in inflation from credit easing. But the economy risks greater damage from continuing with the current approach of trying to clear the logjam slowly with recapitalisations and an overburdened bankruptcy court.

The credit easing policy that I have suggested solves three problems simultaneously: Firstly, it helps banks clean up their balance sheets and get rid of their bad loans in one fell swoop without the laborious process of insolvency courts; secondly, it provides the government with interest-free money for much-needed infrastructure projects; thirdly, it remonetises the economy by injecting new money.

And it does all this without taking a single penny from middle-class taxpayers who are not responsible for the banking problem but are being asked to pay for it through these frequent government recapitalisations.