Home Opinion on News A Poor Substitute for MCI 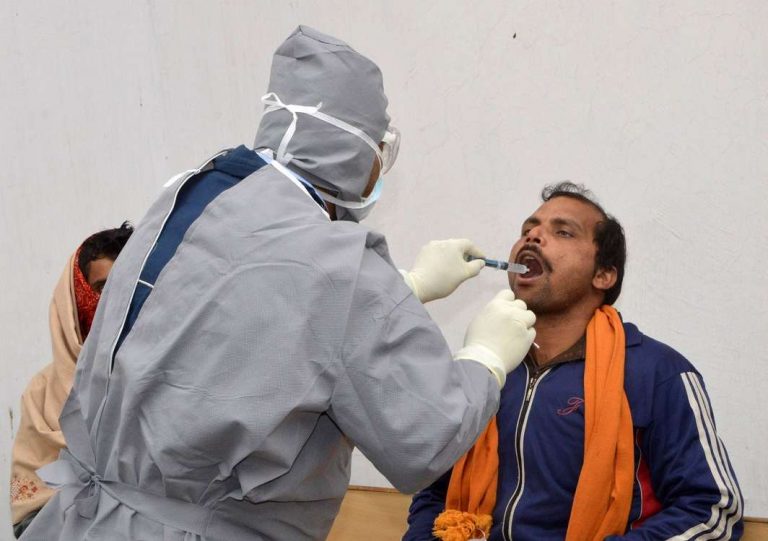 Above: A doctor examines a patient for swine flu at Patna Medical College and Hospital. Photo: UNI

National Medical Commission Bill will abolish the Medical Council of India, a democratic body, and replace it with one where the majority of members are nominated by the government

It is a time of crisis for the medical profession. On the one hand, doctors are facing criticism, criminal prosecution and being defamed in social media for being the cause of provocation in certain cases. On the other hand, the Union cabinet has approved the draft National Medical Commission Bill, 2017, which has effectively ended the era of the Medical Council of India (MCI).

The existing MCI will be replaced by a near-total government department called the National Medical Commission (NMC). Devoid of federal character, this non-representative body will be a poor substitute for the MCI. It will not represent the medical profession.

The 25-member Commission will be appointed by the central government. Twenty of these members will be appointed by the search committee chaired by the cabinet secretary. Twelve ex-officio and six part-time members will be nominated. Three of them will belong to either management, law, medical ethics, health research, consumer/patient rights advocacy, science and technology or economic fields. Only five will be elected by registered medical practitioners from among themselves. It is akin to the whole parliament getting dissolved in favour of 25 nominated ministers by the president of India, with only five elected MPs, one from each zone of the country, with no powers to be re-elected.

No one (including the chairperson, secretary, and members) shall hold office for a term exceeding four years and they shall not be eligible for any extension or reappointment and will retire by 70. This could also mean a possible backdoor entry for retired bureaucrats. The chairperson of the Commission shall be the ex-officio chairperson of the Medical Advisory Council and hence, will have no autonomy. Every member of the Commission will be an ex-officio member of the Council. Other contentious issues are:

The Commission shall frame guidelines for determination of fees in respect of seats not exceeding 40 percent in private medical institutions and deemed universities. It remains to be seen how any medical college will survive if there is a state-central dispute in the fee structure. This 40 percent threshold will give a wide margin for corruption.

The four boards will be autonomous bodies and consist of a president and two members, all nominated by the search committee. The Undergraduate Medical Education (UGME) Board will grant recognition to medical qualifications at the undergraduate level and the Postgraduate Medical Education (PGME) Board to qualifications at the postgraduate and super-specialty levels. Both Boards may seek directions from the Commission as deemed necessary. This indicates that all recommendations for UG-PG courses shall be done by a three-member committee under the control of the central government.

The Medical Assessment and Rating Board (MARB) shall grant permission for establishment of a new medical institution and carry out inspection for its assessing and rating. It may also, if it deems necessary, hire and authorise any third-party agency or persons for carrying out such inspections. The Board can also impose a monetary penalty against a medical institution for failure to maintain the minimum essential standards specified by the UGME Board or the PGME Board. All three monetary penalties shall not be less than one-half and not more than 10 times the total amount charged by such institution for a full batch of students of undergraduate course or postgraduate course.

In hindsight, this variation in penalties will be the root cause of future corruption and may be used as a political action to favour or destroy someone. If an institution continues to fail an inspection, the MARB shall recommend withdrawing the recognition. No person shall establish a new medical college without obtaining prior permission of the MARB. The Board may conduct evaluation  of any university or medical institution at any time and without any prior notice. However, the criteria may be relaxed for medical colleges which are set up in certain areas as may be specified by regulations.

The EMR Board shall maintain a national register and regulate professional conduct and promote medical ethics. This Board or the State Medical Council shall give an opportunity for hearing to the medical practitioner or professional concerned before taking any action, including imposition of a monetary penalty. If aggrieved by any action taken by a State Medical Council, one may appeal to the EMR Board, and to the Commission within 60 days or the central government within 30 days.

The EMR Board shall maintain a separate national register for licensed AYUSH practitioners who qualify in the bridge course (homoeopathy or a practitioner of Indian medicine).

Any person who qualifies in the National Licentiate Examination shall have his name and qualifications enrolled in the National Register or a state register, as the case may be. The Commission, however, may permit a medical professional to perform surgery or practise medicine without qualifying in the National Licentiate Examination. A foreign citizen who is enrolled in his country as a medical practitioner may be permitted temporary registration in India for such period and in such manner as may be specified by regulations.

Any person who contravenes any of the provisions of this section shall be punished with a fine which shall not be less than Rs 1 lakh, but which may extend to Rs 5 lakh. The central government may, after due appropriation made by the Parliament, make to the Commission grants of such sums of money as it may think fit. There shall be a fund constituted in this regard and called “National Medical Commission Fund” which shall form part of the public account of India.

There shall be a joint sitting of the Commission, the Central Council of Homoeopathy, and the Central Council of Indian Medicine at least once a year. This will decide specific educational modules that may be introduced in the undergraduate and postgraduate courses and to develop bridges across the various systems of medicine and promote medical pluralism.

The joint sitting may, by an affirmative vote of all members present and voting, decide on approving specific bridge courses that may be introduced for the practitioners of homoeopathy and Indian systems of medicine to enable them to prescribe modern medicines. Even the Commission can be dissolved by the central government if it persistently defaults in complying with any direction issued by the central government. The government may, by notification, supersede the Commission for such period, not exceeding six months, as may be specified in the notification.

In conclusion, everywhere else in the world, the medical profession is bestowed with reasonable autonomy with patient care and safety as the main benefits of such autonomy. Regulators need to have autonomy and be independent of the administrators. But the NMC will be a regulator appointed by the administrators under their direct control.

The welfare and independence of the profession is linked to the welfare of the people. It is time that the powers-that-be took due notice of the situation and acted in an urgent manner.