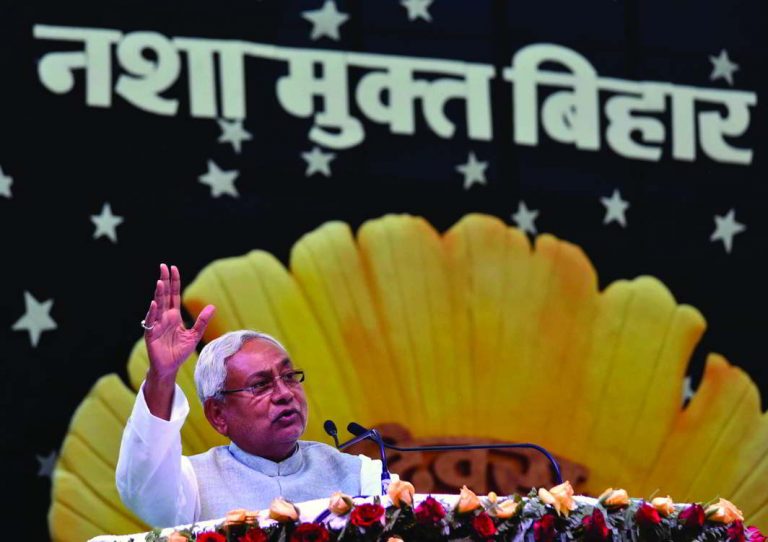 Since the 1970s, Bihar has lagged behind other states in social and economic development and a large chunk of its population is affected by poverty, malnutrition, unemployment, and lack of education. One of the major identifiable problems and factors has been alcoholism. Particularly in rural Bihar, family life deteriorated and the worst sufferers have been women in terms of domestic violence and disruption of the lives of their children. Alcoholism and general consumption of liquor also leads to crime, which had been increasing phenomenally in Bihar.

Women left household chores to come out and protest, and formed self-help groups. The state government, through the Bihar Rural Livelihood Society (BRLS), is spearheading the Bihar Rural Livelihood Project (BRLP), locally known as ‘Jeevika’, with the objective of social, economic and cultural development of rural Bihar. Since its inception in 2006, Jeevika has been implementing state and central poverty alleviation programmes in all 534 blocks of the state’s 38 districts. Jeevika has mobilised over 65 lakh rural women in 5.39 lakh self-help groups (SHGs). Since 2012, the SHGs have demanded Prohibition in the state.

Prior to the 2015 assembly elections, Chief Minister Nitish Kumar attended a public function in Patna at which SHGs vociferously put forward their demand. He then pledged to impose prohibition if they voted him back to power. After his victory, Nitish declared November 26, 2015 as Prohibition Day and directed the excise department to frame a new excise policy with the objective of imposing prohibition in Bihar to further the goal of Article 47 of the Constitution.

On December 21, 2015 the New Excise Policy (NEP) was issued by the Bihar government. In the first phase, country liquor was to be banned w.e.f. April 1, 2016, while foreign liquor was to be made available in urban areas at the municipal corporation and municipal council level, which would be under the control of the Bihar State Beverages Corporation Limited (BSBCL).

After imposition of the ban on country liquor on April 1, various social organisations and women’s groups demanded a ban on the sale of foreign liquor in urban areas as well. The opposition was so vehement that the excise department was prevented from opening liquor shops in urban areas. Thus, sensing the public mood, the state government, on April 5, 2016, banned wholesale or retail trade in foreign Liquor and its consumption.

Prohibition has dramatically improved the lives of poor families, reducing domestic violence and improving the education and health of children. It curbs chances of alcoholism among the youth, who comprise about 58 percent of the population.

Family money that was earlier spent on alcohol is now reaching the hands of women, who use it to provide household members with nutrition. Sale of milk has gone up by 11 percent, and the sale of honey and sweets has also increased. Other food items like bhujiya, processed vegetables and dry fruits have also seen a hike in sales. There has been a growth of 44 percent in the sale of readymade clothes. Similarly, there appears to be an upward swing in the sale of furniture (20.1 per cent), sewing machines (18.8 per cent), sports goods (18.3 per cent), and fast-moving consumer goods (17.9 percent).

The state’s crime graph has seen an appreciable dip. The crime rate, say reports, has reduced by 27 percent. Road accidents have come down by 33 percent. Statistics compiled by the state police headquarters reflect a drop in major crimes like murder, kidnapping for ransom, rape, dacoity, violations of the Arms Act, atrocities against women, the SCs and STs, and rioting during April-September 2016, as compared to the corresponding period the previous year. (See graph below) 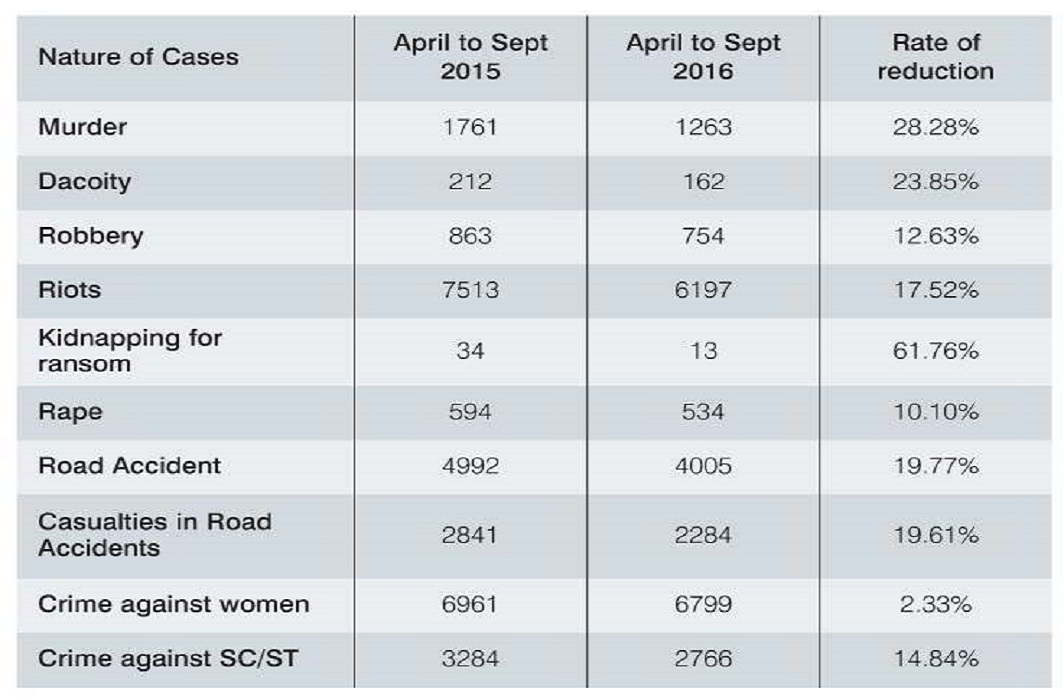 At the same time, prohibition has also led to revenue loss. To compensate, the government has enhanced the Value Added Tax (VAT) on certain items. Also, as a result of the increase in income of the household pari passu, there is likely to be increased spending on consumer items—which bolsters government tax accruals.

Family savings will also increase, and some of the money will find its way into the open market, which will indirectly boost the overall economic development. According to the Annual Health Survey of 2010-11, about 9.5 percent of adults in Bihar, including women aged 15 and above, were alcohol consumers. Based on this estimate, and taking into account the 2011 census figures, Bihar had at least 44 lakh regular drinkers prior to April 2016. Even by conservative estimates, each of these drinkers would have been spending Rs 1,000 per month on alcohol. Thus, the net savings amount to Rs 440 crore every month, or Rs. 5,280 crore yearly. This amount is 76 percent more than the excise duty of Rs 3,981 crore that the state government earned from the sale of liquor during 2015-16.

Other states have tried to enforce prohibition in the past but failed due to lack of effective mechanisms and resources for implementation. Even in Gujarat, where prohibition has been in force since 1960, bootlegging is on the rise. Effective and stringent penal provisions act as a deterrent to those who manufacture and trade in illicit liquor. Since the imposition of prohibition, there has been a 67.57 percent increase of cases under the Narcotics and Psychotropic Substances Act (NDPS) and a 90.26 percent increase of cases under the Excise Act. The excise and police departments have till date instituted 16,679 cases and arrested 17,739 persons. About 75 percent of these people had been found to be manufacturing or selling liquor.

Bihar’s geographical location, with a porous border with another country, Nepal, and other states—Uttar Pradesh, Jharkhand and West Bengal—where there is no prohibition of liquor makes it highly likely that illegal import of liquor will take place. The importance of stringent penal provisions cannot be stressed enough.

—The author is an advocate