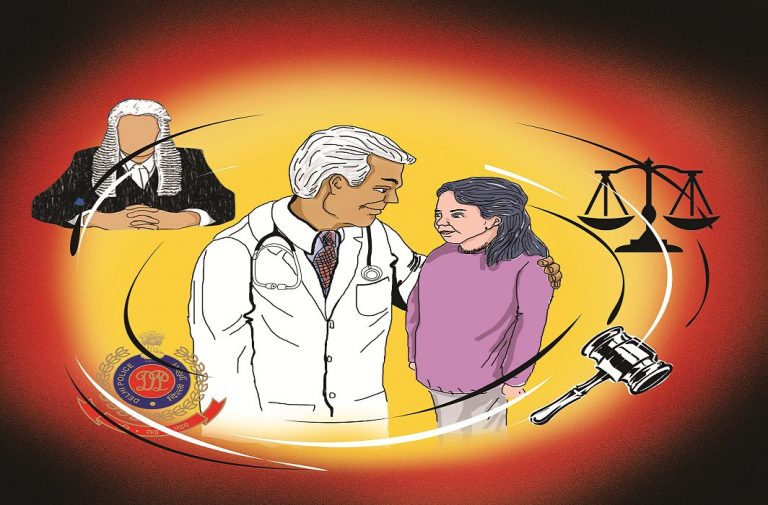 In 2002, the Delhi police passed a standing order that clinical psychologists should provide trauma counseling to sexual abuse victims. This has helped many get access to justice and can be the foundation for future victimology in India

It was a case of child sexual abuse in which I had been called to testify. The psychological report which I had presented to the police while interviewing the 10-year-old girl mentioned her symptoms. While being counseled, she said that her father had been sexually assaulting her for several years and she only felt comfortable talking about it now as she felt safe and didn’t want her sister to go through it too. She also showed signs of psychological trauma that are only shown by long-term survivors of sexual assault. I told this to the police and submitted a report as asked by them.

The defense counsel, considered one of the best in the field, came late to the court where I was testifying. He began by addressing the judge, saying that if psychologists start coming to court to give their opinion, then lawyers would be begging with a bowl in their hands. As the defense lawyer began to ask me questions, five junior lawyers accompanying him slowly surrounded me like a cricket team does to a batsman. I asked the judge if they could surround me like this. He kept quiet and asked the lawyer to explain why his colleagues did that. “He is a psychologist and he says he is affected by such a minor thing,” he said.

Later, I learnt he had devised this method of questioning me to show that if I, as a psychologist could get so flustered, he would use it to discredit me. I somehow finished the testimony but  felt stressed by the end of it. The accused was later convicted due to the testimony of the girl and her mother who stood by their statement and gave details of how the father was abusive despite threats to them and the psychological report submitted by us. As I was to know later, they had testified in far more difficult conditions.

While going to courts, especially lower ones, I realised that these tactics were routinely used when an expert testified. Mocking and bullying by defense lawyers were routine for us in our early days. The conditions were far from ideal. But I realised again and again that survivors of rape and child sexual abuse testified in far harsher conditions. This affected their recall, memory and reconstruction of the crime which are so vital in the trial and process of sentencing.

So, is the Indian criminal justice system insensitive to the emotions of the victim when she testifies? In many countries, testifying is seen as the core process of justice and they have brought about vital changes in the whole process. How far are we from it?

Holistic justice has emerged as an answer to the above issue. It has been noted by many that the criminal justice system rarely leads to healing for the victim and often leaves her more traumatised and shattered. In holistic justice, the victim and the accused are often seen as linked together and they need to be understood as part of the larger framework of society and the forces that affect our lives. In holistic law, the mind and body of a client are seen to be as important as cases. A victim is viewed as a complex being in need of counseling and healing and not just an entity with narrow legal problems. Understanding the client’s emotion is, therefore, seen as not only crucial to the delivery of justice, but also as a core part of the process of justice.

A psychologist testifying in courts, by and large, falls under the principles of holistic justice. The Delhi police in 2002 passed Standing Order 303 that, for the first time in India, asked clinical psychologists to provide trauma counseling to victims. It helped many victims get access to justice and can be a foundation for the future of victimology in India.

One of the most important consequences of this order was that it gave value to psychological analysis and research which assisted the police in investigation of rape and child sexual abuse cases. It also led to the project being given the United Nations Public Service Award in 2011.

For years, what was missing for survivors of sexual violence and victims of pedophilia during police investigations and testifying in courts was help from psychologists who could make them cope with their trauma. The victim had to suppress and hide her trauma during the process of investigation and trial, without the police officers or judges taking note of it. The trauma affected not only the recall, perception and memory of the incident by the victim, but lack of such awareness led the police to suspect that the victim was not truthful. Such questioning also led to the inability of the investigating officer to pick up relevant cues.

Do the police officer and the judge investigating rape cases have to be familiar with psychological understanding? Do they need to have a basic understanding of behavioural sciences for questioning both the victim and the accused? Research shows that sexual assault is, by and large, a behavioural crime and the crime scene in such cases is the woman’s body. This lack of awareness is perhaps one of the reasons for poor conviction of rape cases in India.

Post-traumatic stress disorder starts almost from the moment the victim is assaulted and makes her go through a wide range of emotions like nightmares and disorientation. The lack of counseling may make her unable to pursue justice. She may even give up her struggle and this may lead to questions being asked about whether she was telling the truth in the first place.

The judiciary in India works under an enormous load—numerous cases, poor investigations and a crowded courtroom that adds to the hostile environment. Is there, then, scope for psychological support and understanding of the victim? This needs to be given sooner rather than later as it can demotivate and distress the victim and even the accused.

The FBI has a behavioural sciences unit where millions of crimes and sexual assault cases are analyzed for complexity and uniqueness. Investigators in such cases are often chosen from the best and the most sensitive police officers. The same is true of Israel and many western European countries. The Swedish police academy, where this writer has been a guest professor, devotes hours to train its staff on psychological principles for its judges. In some cases, psychologists and psychiatrists testify in courts and the police and the judiciary are familiar with psychological processes and thinking. This leads to faster judgment and disposal of cases.

In India, clinical psychologists and psychiatrists routinely avoid testifying in courts, due to lack of recognition of psychology as a discipline that can augment the judicial process and victimology.

I have till now testified in over a hundred cases on a number of issues ranging from memory, recall, presence of trauma, malingering and motive of the accused. In each case, detailed research can give us a rich picture of the motive and analysis of the crime.

In one of the earliest cases, I testified as to why women don’t scream when they are assaulted during rape. On being questioned by the judge, I explained the Broca’s region in the brain, concerned with production of speech, can fall silent during a traumatic assault. I even drew a diagram of the brain for him. It led the judge to say that he wished he had this knowledge at the beginning of his career. He said he never accepted the girl’s statement that she felt so scared that she couldn’t scream and fell silent. He remarked that had it not been for this explanation, he would have still continued to believe that women lie when they say they felt too scared to shout during rape.

In another case, a mentally challenged girl was sexually assaulted by a man who ran away after raping her. She said nothing to the police but in her counseling session, she could repeat only one word while pointing to her toes. An ENT specialist on examination said that she could hear only certain  frequencies and the word turned out to be another word that was the name of a young man living in the lane behind  her. He confessed to the crime when he was interrogated.

In another case, after committing a brutal homicide, the accused tried to act psychotic and behave like a mentally ill person. The police had called us for counseling the victim’s family and requested us to counsel the accused too as he was behaving strangely. We presented a report after meeting the accused where his behaviour and thought processes ruled out mental illness and the observation was presented to court.

There is an urgent need for psychological research and knowledge to be used in courtrooms—for sentencing and delivery of justice in cases where the crime is behavioural in nature. Also, it will help in healing the victim and bring him or her to the center of the criminal justice system.