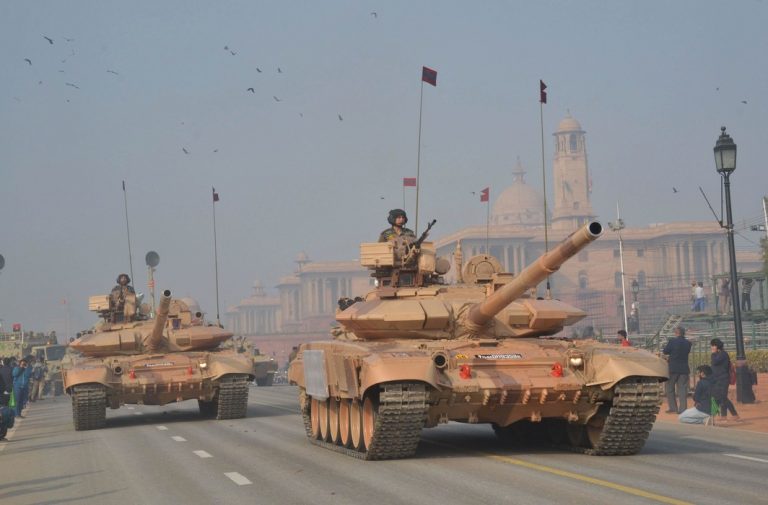 As Republic Day-2020 is fast approaching, there is some commotion over the rejection of tableaux of Opposition-ruled states—West Bengal, Maharashtra and Kerala—for the parade. Senior leaders of the Trinamool Congress have accused the central government of dropping the state tableau from the final list due to Chief Minister Mamata Banerjee’s vehement opposition to the Citizenship (Amendment) Act (CAA) and the proposed pan-India National Register of Citizens (NRC). In Maharashtra, senior Shiv Sena leader Sanjay Raut and NCP leader Supriya Sule have alleged that Maharashtra was also left out for the same reason. The argument is the same for Kerala also.

The central government rubbished this criticism and claimed that there was no malicious intent behind the move and proper procedure was followed while selecting/rejecting tableaux for the parade. According to these sources, many tableaux of BJP-ruled states such as Haryana, Uttarakhand and Tripura were also rejected this year after following due procedure.

As per process laid down, every year, the Ministry of Defence (MoD) invites proposals for the Republic Day Parade tableaux from all states and Union Territories (UTs) along with central ministries/departments by providing a broad list of suggestive themes. It includes important episodes from the state/UT’s history, festivals celebrated there, cultural or architectural heritage, important social and economic development scheme, environment, and so on. On receipt of the proposals, they are evaluated by an expert committee on the basis of theme, concept, design and visual impact before making recommendations. There are two rounds of selection based on merit. Data for the past 13 years does not show that central governments have used Republic Day tableaux as tools to target states ruled by the Opposition. Federal principles are not involved here as the rights of states to represent themselves at a national event have not been violated. Politicising the Republic Day parade is not a valid charge. The real charge should be that it is too militarised.

Often, there have been questions as to whether the celebration of Republic Day should be through parades or pageants. Let us look at the definition of these two. While a pageant is an elaborate colourful exhibition or spectacle, often with music that consists of a series of tableaux, a parade is the ceremonial formation of a body of troops before a superior officer. And a Republic is defined as a government in which supreme power resides with the citizens and is exercised by representatives elected by them. There is nothing military about it. It follows that Republic Day celebrations should be citizen-centric with lots of songs, dance and tableaux which would form the pageant.

Instead, what is dominating India’s Republic Day is a military/paramilitary parade, relegating the pageant to the background. The grand parade is led by the three divisions of the Indian armed forces. Different regiments of the Indian Army, in addition to the Navy and Air Force with their bands, march past in their uniforms and official decorations. The president of India as the supreme commander of the armed forces takes the salute. Contingents of various paramilitary forces and other police/civil forces also take part. Some selected states and Union Territories are represented by their floats that highlight aspects of their culture or activities.

It is the MoD, not the home or culture ministries, that plans and manages the mega-show. Therefore, the focus of the celebration is parade, not pageant. Media headlines on India’s 70th Republic Day celebration last year ran like this: “India Showcases Its Military Might at Republic Day Parade”. Dedicated to the 150th anniversary of Maha­tma Gandhi, the apostle of peace, the parade comprised over 25 marching and mounted contingents, various military vehicles and armaments, 20 military bands and 30 aircraft. Indeed, an irony.

The blatantly military aspect in 2019 was the display of American M777 Howitzers, the K-9 Vajras. These were the first major induction of artillery guns in the Indian Army since the Bofors guns of the mid-1980s. Transport Satellite Terminal (TST), Surface Mine Clearing System (SMCS) and Troop Level Radar were also exhibited as part of the army’s mechanised columns on the ceremonial boulevard. The army’s T-90 tank (Bhishma), Ballway Machine Pikate (II/IIK), Brahmos Missile System, weapon locating radar (Swathi), bridge-laying tank T-72, mobile base transceiver station and Akash weapon system were the main draw in the mechanised columns. Civilian participation was exhibited in 30 tableaux showcasing the cultures/activities of various states and UTs as well as ministries/ public sector enterprises. In addition, around 1,200 schoolchildren presented cultural dances.

As of now, the parade is mainly meant to demonstrate the might of the Indian state and its military technologies and weapons of defence/offence. The question is: who is this “demonstration” meant for? To our so-called enemies to beware? Or to our own citizens to obey the State unquestioningly? If it is the former, it has become meaningless as our enemies know what military ware we have, most of which are imported. If it is the latter, it is against the very ethos of our democratic republic in which the citizen is sovereign. Rousseau famously said: “Obedience is not the duty of a citizen.”

If on the other hand, the idea is to give a sense of security to the people by parading some troops at Rajpath and displaying military hardware, it is not going to serve the purpose.

Be that as it may, the very idea of a bounded nation implies that its borders need to be protected by its armed forces. And this seems to be the chief reason for the elevated status of military power as a symbol of the nation, particularly in these troubled times when, despite the rhetoric of globalisation, nation-states continue to prevail and in an environment of social Darwinism, war or the fear of war is normalised.

The ritualisation of the Republic Day parade reinforces this sort of nationalist euphoria: see the march of the army comprising disciplined, tight, masculine bodies of trained/robotic soldiers saluting the flag; feel good, cherish the narcissism of the nation and think that you are more powerful than your enemies. Despite the sound of the boots of the marching army, an imaginary unity in the name of fighting the “external enemy” (which has become a wild obsession these days) cannot create a healthy nation. A fractured/fragmented nation can be healed only by eradicating the arbitrariness and injustice within and reinforcing democratic values. But the opposite is happening.

As the parade—almost like a totemic ritual—seeks to reinforce “solidarity”, this form of obsessive nationalism conditions our minds and limits our horizon. This narrowness and its implicit violence brings about militant nationalism, which is wrecking the nation today with its rigidity, mechanisation and reckless regimentation.

Even as we approach the day of festive celebration, what we see is a violent nation with heightened social tension and economic inequality. All sorts of aggression is taking place in the name of exclusionary identities. Sanity demands that we come out of the rhetoric of nationalism and valourisation of militarised heroism and converse with the likes of Gandhi, BR Ambedkar and Rabindranath Tagore for drawing inspiration for creating yet another India with compassion, civility and kindness.

For this to happen, Republic Day should be less militarised and more politicised in the sense that it should become a people’s pageant and a celebration of citizens. Then complaints of rejection of tableau will not come up as every state/Union Territory will not only have more of them but will also have much higher cultural participation in the Republic Day celebrations.

Long ago, Greek philosopher-statesman Aristotle spoke these prophetic words: “Republics decline into democracies and democracies degenerate into despotism.” This is becoming true of India, touted as the “largest democracy in the world”. The remedy is to reduce militarisation. The Republic Day parade could be a good occasion to start.