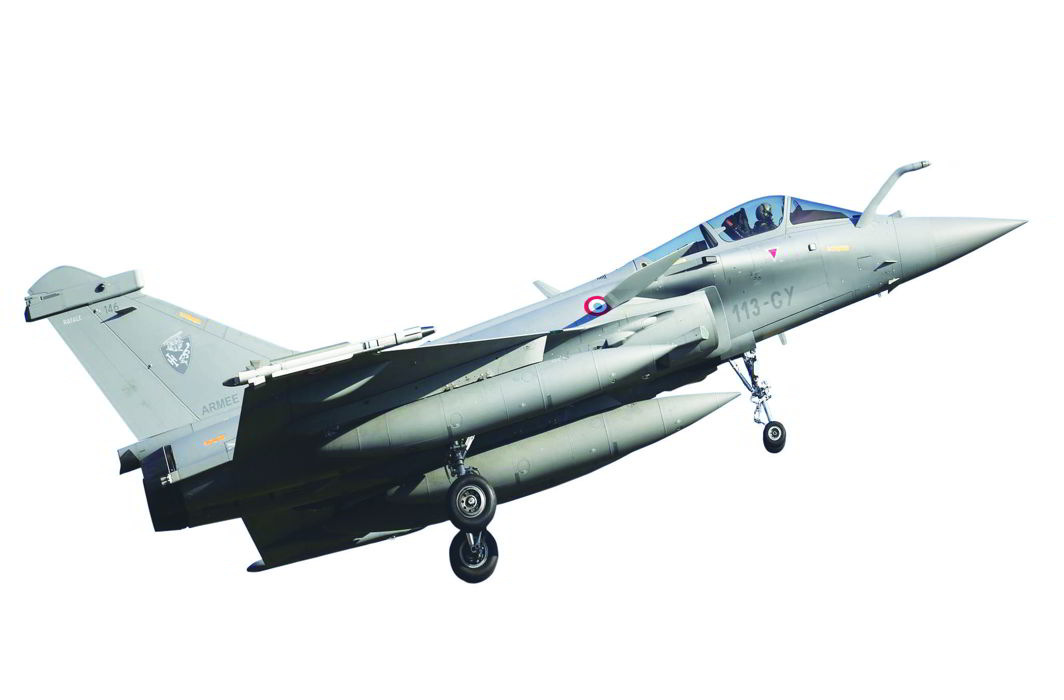 Even as the Congress cries foul over this Indo-French deal, will petty politics once again deprive our air force of systems it badly needs to combat challenges along India’s borders?

In French, the word “Rafale” means a rapid firing of artillery. In India, it equates itself with scandal, by an indigenous chemistry process which means “it has to be corrupt, mega-millions involved”. Before we go into the merits (or lack of any) of the accusation made by Congress leader Rahul Gandhi against Prime Minister Narendra Modi for engaging in corruption over the Rafale deal, let’s first address the issues that lie blurred by misconceptions.

First off, the Rafale is not a bad fighter aircraft. Nobody makes bad aircraft. Certainly not when it comes to fourth generation fighters. It is as good as the other contenders and holds its own against them. No one ever said the Bofors shoot and scoot 155 mm gun was a lemon either, but the ripple effect of that mess still haunts the corridors of power.

I once asked Serge Dassault why anyone should buy a Rafale at over three times the price of an F-16 Block 60 Fighting Falcon. He said quite seriously that it was four times more efficient than the most upgraded Lockheed-manufactured fighter ever.

I don’t quite know how true that boast is. In an age when drones are taking over air battles and delivery systems for missiles have become as high a priority as Patriot-type defence systems, the heroic dogfight imagery is becoming passé. The Spitfires in the sky are no longer of the essence, Biggles.

Conventional wars are also not on the agenda. Besides, the upgraded version (the F-16 is the poster child for the success of navigating obsolescence) of even the Sukhois and the Gripen has given them a great lease on life. The Gripen, for example, is the only lightweight fighter of the topline contenders. Boeing’s F/A-18E/F Super Hornets, the Eurofighter Typhoon, Mitsubishi/Lockheed Martin’s F-2 and Sukhoi’s Su-30/35 all have maximum takeoff weights in excess of 45,000 lb with commensurate price tags.

Now, while there is this widely held belief that every military deal in India is marred by corruption, the fact is that evidence is needed. One cannot take the unfinished business of the Bofors issue and use it as the smear-stick for all other purchases.

The negotiation for fourth-generation fighters to replace the ageing MiG-29s began in 2007 and the Congress whinny of protest now rings untrue. Even in 2012 when they should have gone ahead with the replacements, they did not. What Modi did was kill the 2014 deal, then scythe through the red tape and pick up 36 ready-to-fly Rafales without a transfer of technology clause which would have manifested itself with the manufacture agreement for 108 others. The French unilaterally offered a deal from Airbus for $2 billion and an offset that could reportedly reach 50 percent of the price for the 36 aircraft at $8.9 billion. It gets sweeter.

One cannot overlook the cost factor of other systems such as the Meteor air-to-air missiles (150-km range), Scalp air-to-ground cruise missiles (300 km) and top-of-the-range avionics, including the Israeli-built head-up helmet-mounted display systems. The Targo 2 system from the Israel-based Elbit Systems allows pilots to plan, rehearse, fly and debrief using their personal helmets, providing them with increased situational awareness, safety levels and operational abilities. Egypt and Qatar who purchased 24 Rafale aircraft each paid relatively more for the planes.

And if Modi has bought the naval variant of the Rafale, different from the land fighter, it will be ideal for operations from aircraft carriers as it gets into a dominant position faster and will have an edge against the enemy.

Catapulted from a carrier deck in less than 75 m, the Navy Rafale instantly and automatically rotates to the correct angle of attack. This critical operation is made possible by the aircraft’s innovative “jump strut” nose landing gear. So, if this batch is destined for the flight deck and is the only Delta-winged carrier fighter in the world, then maybe we have a leading edge.

What has Modi done so wrong in giving a much overdue shot in the arm to an air force suffering from muscular dystrophy? The only other option was to cancel the deal, go back to the end of the line and start another negotiation. Another five years down the drain, plus the write-off of this abortive effort.

We have to get over this equation of buy means bribe. It’s the corrupt mindset that wrecks India’s ventures into the hardware market. As one of the largest arms buyers in the world, we are in demand. Unfortunately, we are seen by the market as a nation where bribes are part of the deal.

So, they offer the bribe. Middlemen have middlemen and none of it has stopped. Hiring former military personnel is now discouraged. Defence ministry mandarins have no idea of what is what, so they also mince about passing files, waiting for the top echelons to give the nod in a specific direction.

It is a matter of shame that we have so efficiently failed to create our own arsenals despite being a free nation for 70 years. The Arjun MBT tank took 37 years to trundle out and is such a heavy 55-tonne clunker that both the Mark 1 and Mark II variants have failed to hit the target. We have forced them down the throat of two regiments but no one’s laughing. The need for a Light Combat Aircraft was agreed upon in 1984 and the design for a homemade variant was started in 1985. Thirty-three years later, the plane is still not viable. No one asks why the Tejas is still on the ground.

As for the slur on the Rs 30,000-crore deal between Dassault and Reliance Defence, why is it automatically assumed to be a murky arrangement? It is well within corporate laws and if Dassault elects to work with Reliance, do we stop them selling us the Rafale?

If Reliance has decided to sue the Congress, it has good reason legally. It has been quoted widely, saying: “Government policy issued on 24 June 2016 allows for 49% FDI in the Defence Sector under the automatic route, without any prior approval. No approvals from the Union Cabinet or CCS were required for the formation of the aforesaid Joint Venture company under the automatic route.”

At present, India faces two hostile air forces and pretend as we might that our air force has teeth, the truth is not palatable. We need fighters and we need an across the board upgrade. Yes, there was a time 40 years ago when Gnats took on the Pakistani Sabrejets and won many a battle in the sky. This is no longer on the cards, so stop with the critique and get the air force what it deserves.