Above: Women were not allowed to enter the Haji Ali shrine until the SC intervened in 2016/Photo: UNI 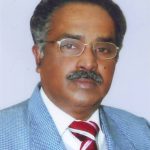 The preamble of the Constitution proclaims that it aims at securing for all citizens inter alia liberty and faith and worship. Articles 25 and 26 embody this objective. Article 25 provides freedom to practise religion to individuals, whereas Article 26 gives this freedom to religious denominations. Though a secular republic, India is not an irreligious nation. Rather, it is traditionally one of the most religious countries in the world. But it did not become a theocratic country thanks to the secular vision of the leaders who led India during the freedom struggle and for long thereafter. Thus, right to worship was enshrined as a fundamental right in the Constitution.

Article 25 confers the right to “practice religion” on all “persons” and not merely citizens. Similarly, Article 26 confers on religious denominations the fundamental right to manage their own affairs in matters of religion. Religion under the Constitution does not merely consist of the doctrinaire aspects, but also the rituals, customs, practices, usages, etc, associated with worship.

The right to practise religion, it must be understood, is not an absolute or untrammelled freedom. As Article 25(1) clearly states, it is subject to public order, health and morality and also to the other provisions in Part III (fun­damental rights). Other provisions are Articles 14, 15, 19, 21, etc, which are the most fundamental of the fundamental rights under the Constitution.

An analysis of the decisions of the apex court relating to Articles 25 and 26 during the past decades reveals that the judiciary has been consistent in upholding the right to practise religion and also to manage the affairs in matters of religion. The unravelling of complex and often knotty religious practices and traditions and propounding the right doctrines for benchmarking them and finding of the right balance between faith and the constitutional rights of citizens continue to be the most challenging task before the judiciary and the Supreme Court has brought greater clarity and predictability in the dealing of religious rights of citizens and institutions.

A landmark judgment by a Constitution Bench of seven judges of the Supreme Court laid down the law relating to this right in the famous Shirur Mutt case in 1954. The pre-Constitution decisions of Indian courts and the Privy Council usually were in favour of not infringing on religious matters, including worship as well as management of religious affairs. But the Shirur Mutt case laid down the following propositions:

These propositions were followed in most of the subsequent decisions. In fact, in Ratilal Panachand Gandhi v State of Bombay (1954), the Supreme Court laid down an additional proposition—that if a custom or practice is the belief of a community, a secular judge should accept it and should not sit in judgment on it. Thus, apart from the tenets, the opinion of the community has also become an important factor in deciding whether a custom is essential.

Another important case which did a thorough analysis of the rights under Articles 25 and 26 is Venkataramana Devaru v State of Mysore (1958). It followed the Shirur Mutt propositions, but held that Article 26(b), which gives religious denominations the fundamental right to manage their own affairs in the matter of religion, should be read as subject to Article 25(2)(b) which allows Hindu religious institutions to be opened to all sections and classes of Hindus. But the Court said here that as far as possible, both should be given effect through the process of harmonious construction.

The concept of essentiality and integrality of customs, practices, etc, has been treated as the core aspect in deciding the question of constitutional protection to be given to a custom prevailing in a place of worship. It assumes importance in the context of Hindu temples because the Hindu religion is not a monolith and contains diverse customs, beliefs, practices, systems of faith, etc. So, how to apply the doctrine of “tenets of religion” in the case of an important custom or practice in a temple is a difficult question. This question was made somewhat more difficult by the Supreme Court judgment in the second Ananda Marga case in 1984.

The question raised in this case was whether a dance in public with a skull and trident by the followers of the Ananda Marga sect was an essential and integral part of religion. The answer was an emphatic no. But the elucidation of the “essential part” of religion given by the Court has made the determination of this issue more complicated. For example, the Court says that the test to find out whether a custom or practice is an essential part of the religion is whether the nature of the religion will change if that practice is abandoned. The real difficulty will arise when deciding whether the Hindu religion will change if a custom or practice, howsoever important, is abandoned. A unidimensional application of this doctrine to a Hindu religious custom in a place of worship can create enormous difficulties.

This is what happened after the Sabarimala judgment was delivered by the Constitution Bench. The central issue in that case was whether the practice of excluding women between 10 and 50 years of age from the temple is an essential part of the religion. The judgment said that such an exclusion is not an essential part of the Hindu religion. But the actual issue is which tenets of the Hindu religion this practice of exclusion should be tested on. The dictionary meaning of “tenet” is principle or belief. Belief is more appropriate in the context of religion. The presence of divinity in the idol installed and consecrated in a temple is regarded as a core belief of Hindus. A custom prevailing in a temple should be tested on the touchstone of the core belief of the worshippers.

However, the Sabarimala Bench went into the lofty principles of constitutional morality and the right of women to worship. Framing the Sabarimala issue in terms of the polarity between women’s rights and an anti-women custom fostered by a patriarchal society is fundamentally wrong. This has created a huge turmoil in Kerala.

If the Supreme Court had adopted the approach of the Venkataramana Devaru case in harmonising the contradictions, a time-honoured custom as well as the fundamental right of excluded women to worship the deity could have been harmonised.

The general approach of the highest judiciary in matters of religion has been to exercise a certain degree of restraint. The basis of religion is faith which is not amenable to judicial review. No doubt the stamping out of the evil practices associated with places of worship of Hindus has the support of society, but it becomes difficult for the judiciary to formulate judicially manageable standards in dealing with customs which evoke deep resonance among the people.

—The writer is a former secretary general of the Lok Sabha