A new bill passed in the Rajya Sabha seeks to debar half of eligible Sikhs from voting for the SGPC, which is under SAD’s hegemony and gives it more power over gurudwaras and clergy
By Vipin Pubby in Chandigarh

Almost at the fag end of the Budget Session in the Rajya Sabha, on a day when attendance was thin, a bill was passed without a discussion. This bill will debar half of eligible Sikhs from voting for their mini-parliament—the Sikh Gurdwara Parbandhak Committee (SGPC).

The bill—Sikh Gurdwaras (Amendment) Bill, 2016—was passed unanimously as the Speaker said it concerned Sikhs and only they may like to speak on it. A couple of Sikh members belonging to the Shiromani Akali Dal (SAD) present in the House chose not to say anything and it was passed by a voice vote. Whether the absence of other Sikh members was deliberate is not known.

The bill, which was pushed through at the insistence of NDA partner SAD, seeks to take away the voting rights of non-Amritdhari (baptized) Sikhs in Sikh religious institutions, including the SGPC. The SAD has been controlling the SGPC and the amendment is aimed at maintaining its hegemony over the powerful committee which manages major gurdwaras and appoints clergy, including the head priests.

As per the 2011 census, there are 1.75 crore Sikhs, out of which nearly 50 lakhs are ineligible to vote due to age and other factors. Out of the remaining, roughly 70 lakh won’t be eligible to vote if the amended bill is enacted, as per the president of the Sehajdhari Sikh Federation (SSF) president Dr Paramjeet Singh Ranu.

For the uninitiated, it is important to understand the various categories of Sikhs. The Amritdhari Sikhs are baptized Sikhs, who are administered amrit (holy water) and abide by the strict code of Sikhism. It includes the five ‘K’s—kesh (unshorn hair), kara (bracelet), kirpan (ceremonial dagger), kachha (extended shorts as undergarment) and kangha (comb).

On the other hand, the Sehajdhari Sikhs are those who abide by Sikh tenets but are not baptized and don’t follow the strict code of Sikhism. They believe in Guru Granth Sahib, the Sikh holy book, and perform ceremonies according to Sikh rites but may trim or shave their beard and hair.

The controversy has its roots in the 1944 amendment to the Sikh Gurdwara Act, 1925, under which Sehajdhari Sikhs were given voting rights in the SGPC elections. The Akalis were not in favor of the amendment and pressurized the center in 2003 to issue a notification to bar Sehajdhari Sikhs from voting. Subsequently, the notification was challenged and the issue is pending in the Supreme Court. It is to bypass any adverse comments or the Supreme Court declaring the notification null and void that the center is now seeking to change the law. With a majority in the Lok Sabha, it hopes to sail through with the bill.

The Sikh Sehajdhari Federation now proposes to petition the President to ask the Rajya Sabha to again move the bill and open it for discussion in the House. The Federation would be submitting a memorandum to the Punjab governor next week in this regard. Its president says display of external religious symbols alone does not make a true Sikh and claims that it was an attempt by the RSS to divide the Sikhs. In fact, some Hindu groups have already invited Sehajdhari Sikhs for “ghar wapsi”.

The Punjab unit of the Congress, including its president Capt Amarinder Singh, has expressed itself in favor of voting rights to all Sikhs, including the Sehajdhari Sikhs. Surprisingly, even the radical Akali leader Simranjeet Singh Mann has favored voting rights for them.

This contentious issue is likely to come up during the run-up to the assembly elections in Punjab due in another 10 months. The danger is that the extremist elements may try to fish in troubled waters. That certainly would have serious portents in the state which gets on the edge whenever Sikh religious issues are involved. 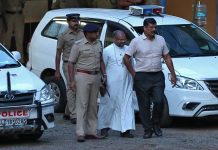 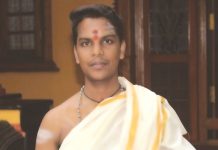