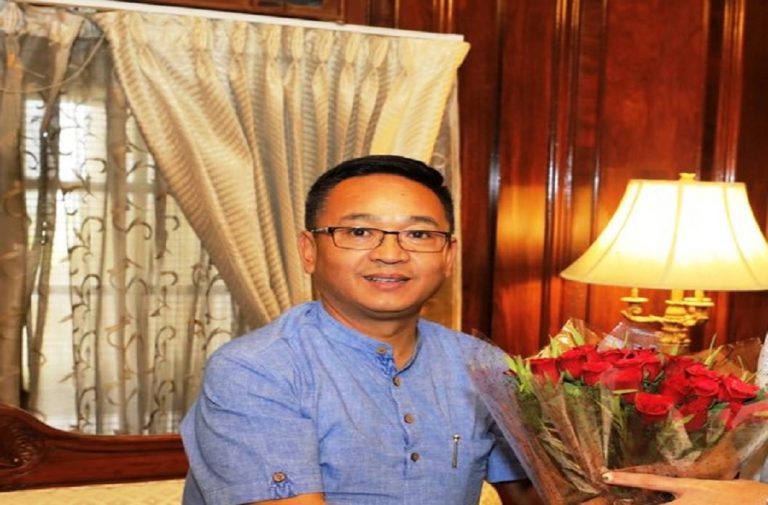 Above: The reduction of Tamang’s disqualification period by the EC has raised the hackles of legal experts and political analysts

Though the Election Commission reduced the disqualification period of the Sikkim chief minister so that it runs concurrent with a sentence served on him, he would do well to resign and get sworn in once again in order to secure his position

In its order dated September 29, 2019, the Election Commission (EC) reduced the disqualification period of Prem Singh Tamang, the chief minister of Sikkim, from six years to a year and one month. This was concurrent with the sentence of imprisonment served by him from August 10, 2017, to August 10, 2018, under the Prevention of Corruption Act (PC Act, 1988), for misappropriation of government funds. The EC made this order in exercise of the powers vested in it under Section 11 of the Representation of the People Act (RP Act, 1951).

This has raised the hackles of some legal experts and political analysts, in the context of recent developments in Sikkim. On May 27, 2019, Tamang, leader of the Sikkim Krantikari Morcha (SKM) who did not contest the legislative assembly polls, was sworn in as the chief minister. On August 13, the Sikkim Democratic Front (SDF), the main opposition and the erstwhile ruling party, broke up. Ten of its 13 MLAs joined the BJP, which earlier had no presence in the assembly and two joined Tamang’s SKM, leaving behind only their leader, Pawan Kumar Chamling, who was the longest serving chief minister of a state.

Tamang could not contest the assembly polls as he was convicted of corruption. The case dates back to when he was the state’s minister for animal husbandry (1994-99) under the SDF government. The FIR was registered in 2003 and he was convicted by a sessions court in 2016. His conviction was upheld by the High Court of Sikkim in 2017 and, subsequently, by the Supreme Court the same year. He served a year and one month in jail and was released in August 2018. As a result, under Section 8(1)(m) of the RP Act, he could not have contested any election for six years from the date of release (August 10, 2018) till 2024. However, by law, he is required to get elected to the assembly within six months of assuming office. Thereupon, Tamang approached the EC to remove the disqualification and permit him to contest the by-election.

An MP or an MLA/MLC of a state legislature runs the risk of being disqualified on a variety of grounds. Article 102 (in the case of an MP) and Article 191 (in the case of an MLA/MLC) inter alia provide that a person shall be disqualified if he (i) holds an office of profit under the Government of India or a state; (ii) is of unsound mind; (iii) is an undischarged insolvent; (iv) is not a citizen of India; (v) by or under any law made by Parliament.

As regards the last item, there is a plethora of laws, beginning with the Tenth Schedule of the Constitution itself (popularly known as the anti-defection law) under which, if one commits an offence, there will be disqualification.

Sub-section (1) of Section 8 of the RP Act lists the relevant provisions of 17 different laws in this regard, including the PC Act under which Tamang was convicted. Section 8(1) further provides that this disqualification shall be for a period of six years and, in case of imprisonment, shall begin from the date of such conviction and shall continue for a further period of six years from the release.

The EC in its order dated September 29, 2019, adjudicating on the applications filed by Tamang on July 6 and July 11, 2019, argued that before the amendment of Section 8 of the RP Act in 2003, the disqualification would have been attracted only if the period of conviction was of two years or more. The applicant had further submitted that when the alleged offence was committed under the PC Act, it did not amount to disqualification under Section 8 and, therefore, he should not be made to suffer only because of the delay in completion of his trial.

The EC noted that the applicant neither approached it to seek removal of his disqualification nor filed his nomination paper at the time of the election to the legislative assembly of Sikkim, 2019. In fact, he approached the EC only when the elected representatives of his party, commanding a clear majority in the assembly, reposed their faith in his leadership and when the governor invited him to form the government.

Section 11 of the RP Act provides that the EC may, for reasons to be recorded in writing, remove any disqualification or reduce its period except on the ground of corrupt practice as provided in Section 8A. The EC observed that the legislative intent under Section 11 of the RP Act is to enable it to weigh the facts and circumstances in such cases and take a reasoned decision. The legislature has, in its wisdom, deemed it necessary to vest the Commission with this power with the understanding that socio-political factors may, in certain peculiar circumstances, warrant that the general disqualification prescribed by the statutory rule should be removed/reduced by exercising this extraordinary power.

However, it has been pointed out that the order of the EC reducing the period of disqualification of Tamang implies that when he was sworn in as chief minister earlier in May, his disqualification was very much in force.

In this context, the case of conviction, disqualification and appointment of J Jayalalithaa as Tamil Nadu chief minister has been cited. Jayalalithaa and her aide, Sasikala, were convicted in the TANSI land acquisition case by a lower court which sentenced her to two years’ rigorous imprisonment and a fine of Rs 50,000 on October 9, 2000. The case had political implications as Jayalalithaa was disqualified from contesting the assembly polls in 2001. Though Jayalalithaa’s nomination papers were rejected, she took oath as chief minister after the victory of the AIADMK in the elections. There was an appeal in the Supreme Court against her appointment as chief minister stating that a convicted person cannot hold government office. The Supreme Court disqualified her in September 2001, resulting in her stepping down.

There are other unanswered questions too. Can the amendment of the PC Act in 2018 have any bearing on an offence committed in 1996-97 and in which an FIR was registered in 2003? Does winning the mandate of the party constitute a mitigating circumstance?

The last word in the case of Tamang has perhaps not been said. It is quite likely that the survivor (Chamling) may knock on the door of the higher judiciary to embarrass his erstwhile colleague. Meanwhile, Tamang may do well to resign and get sworn in once again in order to secure himself against any eventuality.