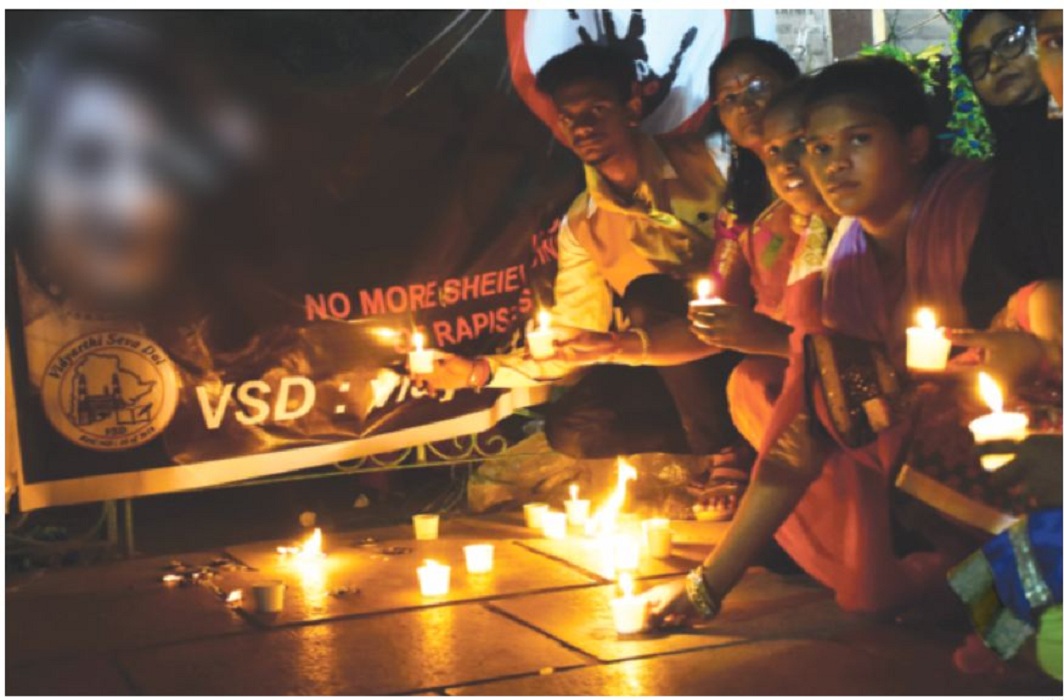 Above: People at a candlelight protest in Hyderabad/Photo: UNI

The gang rape of a Hyderabad doctor has once again demonstrated that between patriarchal law and urban anomie, such events will happen again to compound the hollowness of governance and rights in India 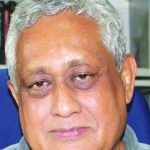 Marx’s famous quote that history repeats itself twice, the first time as a tragedy and the second time as a farce does not quite work in India. When violence breaks out, the event is a disaster and the response is often a scandal. The victim is missing in the process and so is  history, as the event is forgotten in a few weeks till it is repeated again elsewhere to highlight the indifference of authorities.

The rape of a veterinarian in Hyderabad illustrates this. The stark poignancy of the event is lost, caught in the Kafkaesque travails of law and order bureaucracy. The facts are stark and simple. A 26-year-old vet leaves her house at 5:30 pm. She calls her sister from the Bengaluru-Hyderabad highway, afraid of a bunch of men poised threateningly around her. She asks her sister to keep talking and calling. Her scooter has a puncture and the milieu around her looks menacing. The sister rings again at 9.45 pm and finds the phone switched off. It was the last time the family heard of her. The sister wished to file a complaint, only to have the police state blandly that the toll gate where her sister was last sighted was not under their jurisdiction. In an Orwellian sense, some policemen are more indifferent than others. Law and order is often a mask for civic indifference.

The scene shifts to the perpetrators. A sense of urban alienation stretches out as truck drivers hanging around the scene find there is more than time to kill. The vet was an easy target for the accused men after the first drink. They were drivers and cleaners of lorries plying between Hyderabad and Bengaluru carrying construction material. As the woman discovers her flat tyre, the men discover her. The violence that follows is almost ritualistic. The script is predictable. They offer to drop her near a bike repair shop and play the Good Samaritan. They escort her to an abandoned room. The woman panics, calls her sister. The men discover the phone and switch it off. They then take turns raping her, smother her, and burn the body at a remote section of the highway. The body lies ignored for two nights till it is sighted by a milkman who alerts the police. Based on CCTV and interviews, the police reconstruct the crime and arrested the men.

As news of the event flooded TV, ordinary people felt rage and intense helplessness at the event. Demonstrations flared up across cities, and politicians, quick to milk the situation, enacted demands for castration and the death penalty. Jaya Bachchan, usually dormant in Parliament as a Samajwadi member, played out a belated role, demanding drastic punishment. One can understand crowd rage but for responsible MPs to follow suit makes one wonder if law and order itself is a farce.

For once, the media, instead of offering the story in bits and pieces, provided coherent narrative, mediating on the loneliness of the urban milieu and the sheer anomie of late-night urban spaces. They are open to acts of horror, proving easy avenues of escape. It raised the issue of right to public spaces, especially for vulnerable women and children. This emptiness of urban life beyond the metropolis marks highways as law and order problems. Yet little is done, and what is done is ritualistic. One returns to the everyday sense of dread, anxiety and horror as one traverses these spaces, which a wag once called “a no woman’s land” between metropoles.

But beyond the sociology of the anomic city is the ritualistic psychology of policeman and politician. A few policemen were suspended following the family’s complaint. The cops had instant answers, blaming the delay on jurisdictional reasons. But there are two problems which need to be discussed. One is the question of punishment for rape and the other is the question of urban memory.

Legislators fuelled by citizens’ anger demanded the death penalty, castration or other forms of instant action. But does such hysterical or popular demand answer the search for justice? Pratiksha Baxi (a sociologist of law) in a searchingly relevant paper argues against it. She suggests that an examination of parliamentary debates after such horrendous events reveals that the law is really not concerned about the bodily safety of women. The construction of rape as a horrendous crime has little to do with the safety of women but stems from a patriarchal hangover, where in honour-and-shame-societies women become carriers of honour. Rape then becomes a stigma that men have to confront. The emphasis on legislation leads more to panopticonising the woman’s body than confronting issues of safety and care. The woman becomes doubly victim. Once she is raped, she becomes unacceptable to society. Rape still exists within the discourse of power as something conducted by men in authority like contractors, employers, money lenders. Women become doubly dispensable under such a law. The logic of retribution, as Baxi argues, is still within the structures of patriarchal law rather than within the embeddedness of rights. The State becomes a guarantor of the honour of women rather than of their safety or right of access to public spaces.

The demand for speed is another reaction. One sees it in the piety of Delhi Chief Minister Arvind Kejriwal’s statements that the judicial system should work in mission mode and ensure rape cases are resolved within six months. Listening to Kejriwal, one senses that he is suffering from the Chandrayaan effect, unable to differentiate between law and a rocket launch. Kejriwal acts as if the death penalty is inevitable for rape, oblivious of the debate around it. The reaction seems knee-jerk and populist. One needs deeper sociological meditation here.

Beyond the rhetoric of capital punishment, there is also the question of memory and indifference. Similar scenes of horror and protest have been enacted earlier. Once the season of protest is over, society lapses into indifference. Silence punctuates the long periods between protests, turning them into a ritualised emptiness. There is an indifference of governance to the problems of the city.

Amit Shah as home minister is talking rhetorically of the detoxification of the economy. He could begin by addressing how he plans to detoxify our cities of patriarchy and urban alienation. There is little concern for the poignancy of loss that the family feels. Governments rarely care between rhetorical statements and indifferent doles. What we then confront is a silence, an emptiness and a black hole of pain which the media amplifies in its erratic reporting. There is outrage but little sense of loss or mourning.

Protest, I must emphasise, is a legislative function, loss is a personal enactment. The person as a mourner disappears in the sociological enactment of roles in the media. Otherwise, one would have asked the stark question of why money left in the aftermath of the Nirbhaya case lies unused. One has to ask why mercy petitions for rapists get such elaborate hearings.

There is a deeper issue here that India needs to understand—how it consumes and responds in the aftermath of an event like this. Our legislators shout for abstract revenge. They act as if legislation will settle the problem of social evil. They think a fast-track court will create an assembly line of justice. But PUCL, NHRC or some social science group has to assemble how society, both citizens and functionaries, respond in the aftermath of violence.

The emptiness and silence are Kafkaesque. The victim disappears as a person in the noise that follows and justice fades away in the jingoism of immediate protest. Instead of hanging the rapist, it is the citizen who should hang his head in shame, knowing unerringly that between patriarchal law and urban anomie, such events will happen again to compound the hollowness of governance and rights in India.

As a wise observer told me: “It is not legislation we need to tinker with like a piece of plumbing, it is the anomie of law and society that we need to mediate on.” Such narratives become mere spectacles with little sense of civics or pedagogy.

Maybe one needs a memorial for the victim where one can mourn the idiocy of law and the indifference of society.