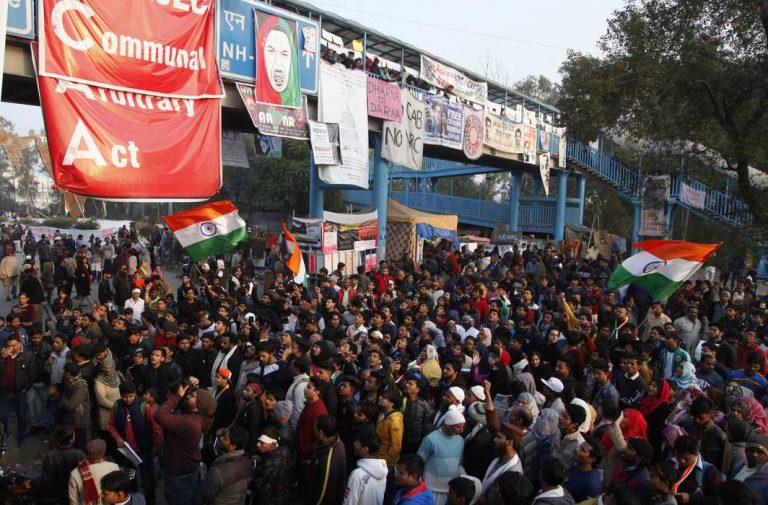 The frenzied election campaigning in Delhi has established one dynamic: the irresistible force meeting an immovable object. The irresistible force is what the BJP considers itself to be, while the immovable object is the heroic women of Shaheen Bagh. It’s a case of might versus rights and it shows that a protest site in one corner of Delhi has become the most potent challenge to the NDA government; not the Congress or the ruling Aam Aadmi Party. There are similar protests against the Citizen Amendment Act across the country but none that have captured the imagination—and public admiration— like Shaheen Bagh. A non-violent sit-in protest launched late last year by local women has become the most powerful demonstration of people power, and Shaheen Bagh has already acquired the aura of Tahir Square in Cairo, Wenceslas Square in Prague or Trafalgar Square in London.

In elections, the dominant themes are to do with development, jobs, the economy, what used to be loosely translated as bijli, sadad, pani, but this time the BJP election rhetoric is all to do with Shaheen Bagh. Home Minister Amit Shah, spearheading the BJP campaign, exhorts voters to press the button so hard that “the current will be felt in Shaheen Bagh,” Minister of state for finance Anurag Thakur urged voters to chant “shoot the traitors” while BJP MP Parvesh Verma said that Delhi voters must think hard about which party they choose because “lakhs of protestors” in Shaheen Bagh will enter their homes to “rape their sisters and daughters and kill them.” Other BJP campaigners, the party’s media cell and what is derisively called “godi media’ has tried to portray Shaheen Bagh as a mini-Pakistan. For all, purposes, the Delhi election has now become a fight between the BJP and the women of Shaheen Bagh.  The Prime Ministers multiple welfare schemes and his favourite clarion call for vikas (development) and jan kalyan (welfare) have been consigned to the electoral dustbin.

So what makes Shaheen Bagh such a threat to the massive might of the BJP? For one, it is non-violent. It is also led by women, and any repressive police action against them would boomerang badly. Also, to counter the inevitable branding of them being anti-national, the protest site is awash in the national flag, reading of the Preamble to the Constitution, and singing of the national anthem. More importantly, it has attracted huge support from across the country—on Republic Day, the protesters swelled to some 5000. Finally, there is the fact that there is no leader to defame or compromise with. Moreover, this is no ordinary protest. There are no political speeches to counter or slogans that can offend. These are merely women demanding their rights and an end to religious discrimination. Any visitor will be amazed at the scene: Mothers with little children, grandmothers huddled in shawls against the winter chill but exuding an air of defiance and commitment to a higher cause. Mothers leave in the morning to pack their kids off to school and do some housework and are back with food to be shared. Graffiti and posters are being drawn, poetry is recited, songs are sung, and a sense of collective and profound purpose is on display. This is a silent revolution that bears some resemblance to the sit in by Anna Hazare to exert pressure on the then government to enact an anticorruption law in 2011, which, ironically, laid the seeds for the emergence of the Aam Aadmi Party.  Fearless and determined, the women of Shaheen Bagh are scripting a revolution the likes of which we have not seen since the time of Mahatma Gandhi, the man who originally crafted the idea of non violent protest.