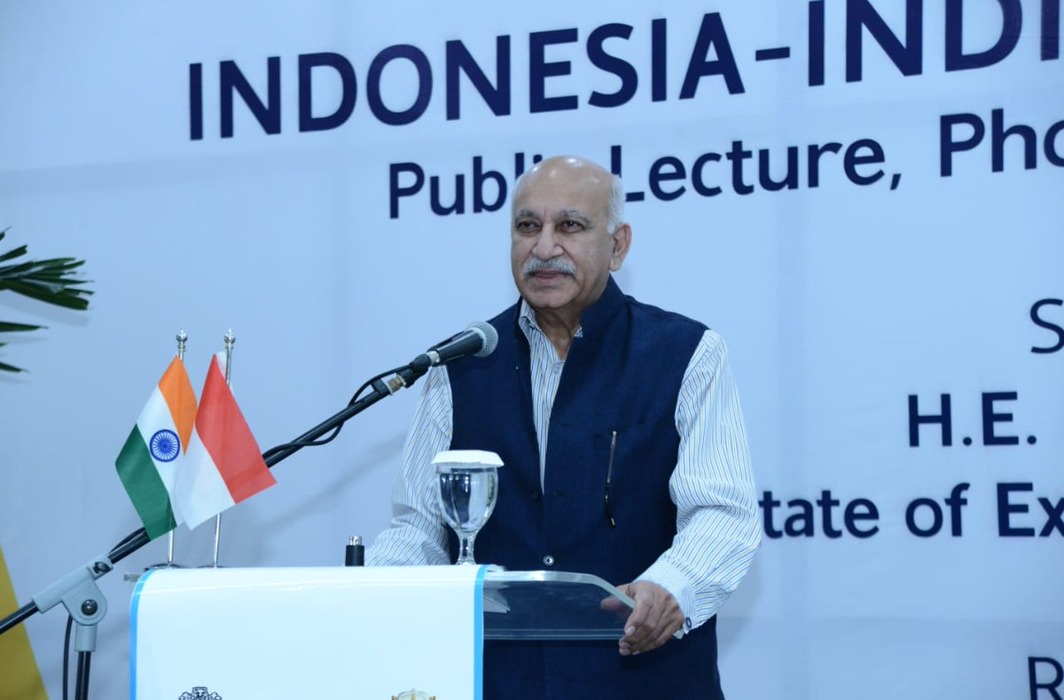 Above: MJ Akbar, former MoS for External Affairs, will fight out allegations levelled at him by journalist Priya Ramani

The former Union minister MJ Akbar’s resignation has added a new twist to the crisis he now faces. With the court admitting his complaint, what shape is the case likely to take?

As the #MeToo campaign rages through the country, it is the accused who have blinked, by becoming the first to knock on the court’s door. The defamation suit is their weapon of choice, but is it a powerful defence against the allegations that have shamed them?

While actor-filmmaker Alok Nath filed a civil suit in a Mumbai court, seeking an apology from screenwriter Vinta Nanda and Rs 1 in damages, on October 15, Minister of State for External Affairs MJ Akbar picked freelance journalist Priya Ramani as the subject of his criminal defamation complaint filed through the law firm, Karanjawala & Co, in the Patiala House Courts on the same day.

On October 17, Akbar abruptly resigned. He had earlier been asked to keep a senior-ranked official in the loop regarding his plans to handle the crisis after a cabinet meeting the previous week stood divided on the question of his resignation.

Pertinently, too, on October 4, the Maharashtra Navnirman Sena filed a criminal defamation suit against actress Tanushree Dutta in Maharashtra for her comments against its chief, Raj Thackeray, in connection with the vandalising of her car in 2008, allegedly at actor Nana Patekar’s behest, after she walked out of his film, alleging sexual harassment by him.

While it is universally acknowledged in legal circles that the offence of sexual harassment is difficult to prove, especially in cases as old as 10-20-30 years, courtesy of evidentiary issues and limitation periods under the Crim­inal Procedure Code, among other reasons, has facing a defamation suit under these circumstances handed the defendant the edge?

Civil defamation is covered by the Law of Torts and punishment takes the form of monetary compensation. A criminal case, on the other hand, may be filed under Sections 499 and 500 of the Indian Penal Code and the punishment is simple imprisonment of up to two years, or fine, or both. Under the criminal law, defamation is a bailable, non-cognisable and compoundable offence.

In both criminal and civil defamation cases, the burden of proof lies with the plaintiff. If the prosecution meets the burden, it then shifts to the other side which must either disprove the accusation or mount an affirmative defence.  In a criminal case, the defendant must be found guilty beyond reasonable doubt. In a civil case, they must only meet a preponderance of the evidence in order to be proven guilty.

Section 499 lists 10 exceptions which the defendant may use to protect themselves. These exceptions are extremely wide ranging. They include: Imputation of truth which public good requires to be made or published; public conduct of public servants; conduct of any person touching any public question; accusation preferred in good faith to authorised person; imputation made in good faith by person for protection of his or other’s interests; and caution intended for good of person to whom conveyed or for public good. In simpler terms, it is not defamation if the defendant is making a fair comment which is in public interest, or if they are exercising what is known as qualified privilege for the protection of the self or others’ interest, for instance, a shopkeeper might ask his employee not to sell goods to a customer unless he pays ready money for he might have a low opinion of his honesty, or if the defendant is speaking the truth and it is in public interest.

Akbar is being represented in this case by Karanjawala & Co.  Headed by Raian Karanjawala, Karanjawala & Co is known to have represented top-notch clients including Ratan Tata, Nusli Wadia, Sanjeev Nanda, Aveek Sarkar and Tarun Tejpal in the past, apart from politicians Karan Singh, the Badals, VP Singh and Jaswant Singh. October 18 was the first date of hearing. Senior advocate Geeta Luthra appeared on behalf of Akbar to make the opening arguments. “I have gone through the complaint and other documents annexed. I take cognizance of the offence under section 500 of the IPC,” Judge Samar Vishal said. The case has been listed for recording the statement of the complainant on October 31.

Akbar’s witness list comprises Joyeeta Basu, Veenu Sandal, Syed Habibur Rehman, Tapan Chaki, Sunil Gujral and Manzar Ali. Of them, Sandal has earlier been named by Ghazala Wahab, one of the women who complained of sexual harassment by Akbar, as having been a facilitator of the abuse. Speaking to India Legal, Niharika Karanjawala, who is part of the team representing Akbar, said: “The option of criminal defamation was chosen over a civil suit simply because it is available. Our client decided to sue Ramani because she was the first to publish a libellous article against him in Vogue magazine a year ago.”

Ramani’s case is being crowd-funded. On October 16, 20 of her fellow women journalists, namely, Meenal Baghel who is chief editor, Mumbai Mirror; Manisha Pande; Tushita Patel; Kanika Gahlaut; Suparna Sharma, resident editor, The Asian Age, New Delhi; Ramola Talwar Badam; Kaniza Garari; Malavika Banerjee; AT Jayanthi, editor, Deccan Chronicle; Hamida Parkar; Jonali Buragohain; Sanjari Chatterjee; Meenakshi Kumar; Sujata Dutta Sachdeva; Hoihnu Hauzel; Aisha Khan, Kushalrani Gulab; Kiran Manral; Christina Francis and Reshmi Chakraborty, spoke up for Ramani, asking the court to “consider testimonies of sexual harassment of some of us at the hands of” Akbar and of others “who bore witness to this harassment” and adding heft to her story. The count of his accusers now stands at 33. After Akbar resigned, four male journalists, Akshaya Mukul, Rashid Kidwai, Kamlesh Singh and Kingshuk Nag have also come out in support of the victims. The Editors Guild also requested Akbar to withdraw his case. This certainly makes the case much stronger for Ramani, who might now hope to successfully mount a defence even under the first exception— imputation of truth which public good requires to be made or published—as this is no longer about just a “he said/she said” sexual harassment case.

Speaking to India Legal, John said: “I do not understand why something as archaic as criminal defamation continues to exist in statute books. It is usually the weapon of the rich and entitled, and has been seen to work against the disenfranchised. However, every human being has a right to defend himself. We will certainly wage a tough fight.”