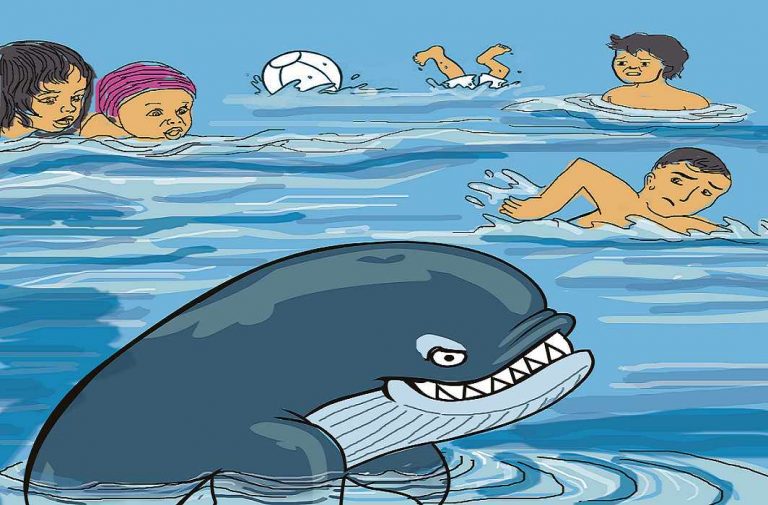 If India has to meet the challenge posed by this danger, it will need to amend the Information Technology Act, 2000 and service providers should prevent its spread on their platforms

The Blue Whale game has suddenly fired the imagination of Indian children and led to numerous cases of suicides. The matter is so significant that not only has a PIL in this regard been filed, but more significantly, schools have started awareness programmes to sensitise children about this dangerous challenge.

The Blue Whale game represents a unique trend that exists in cyber space today. People with sadistic tendencies have suddenly found that the internet is a very fertile platform for reaching out to lonely and depressed users. Consequently, creators of online games are making them more dangerous and are targeting children, youngsters and even adults and making them suicidal.

The Blue Whale Challenge has infiltrated other countries too and led to numerous deaths of children. Its creators are now increasingly turning their eyes on the Indian market and presenting a big headache for cyber security experts. This is so because there are no legal frameworks in India to regulate this game.

The Information Technology Act, 2000, is silent on the issue of regulating online games which force the player to do self-harm. The police too seems reluctant to register cases in this regard as it doesn’t know who would be the potential accused. The remarkable feature of the Blue Whale game is that the administrator looks for victims on social media with certain specified hash tags. Thereafter, the conversation is taken offline. These administrators are fiendishly clever as they use the dark net to hide their identity behind many layers of anonymity.

Consequently, identifying the administrators of the said game is a big challenge. In addition, finding out their exact location is even more problematic. In this context, the nation cannot be a mute spectator to games which leave a permanent dent on the innocence of children. Unfortunately, the government has woken up too late. While it has written a letter to some top internet service providers asking them not to allow the dissemination of this game on their platforms, there is no report whether these directions have been followed.

Further, the said letter has itself acted as a signal and catalyst to the administrators of these games as they have reportedly shifted to other social media platforms which have not been named in the said letter. The creators of the Blue Whale Challenge have quickly realised that India is a fertile place for the propagation and dissemination of violent games. India has not really applied its mind to the issue of regulating online self-harm games.

India needs to creatively face the challenge of the Blue Whale. The first step in this direction is for the government to amend the Information Technology Act, 2000 so as to come up with provisions for regulating these violent games.

Also, service providers have to increasingly play a proactive role in preventing the spread of these games on their platforms. In addition, the law needs to provide specific directions to service providers, especially all intermediaries, on what due diligence to exercise to ensure that such violent games are not propagated on their platforms. The government can come up with appropriate guidelines under Section 79 of the Information Technology Act, 2000, in the form of secondary legislation without having to go to parliament for it. In addition, massive awareness programmes need to be carried out in schools and educational institutions to sensitise children about the negative consequences of the game.

Also, the Indian family, which is in a state of decay, needs to be jolted.  Parents and caregivers need to be told the significance of spending quality time with children. Today, with an increasingly number of parents working and not having quality time, many children are leading lonely and depressed lives. This leaves them vulnerable to these games. Further, the tenacity with which the administrators of these games follow their victims ensures that ultimately many of them fall into their trap and they continue playing the game despite not wanting to.

The game targets disturbed kids in the age-group of 12 and 15 years, by hacking their social media accounts 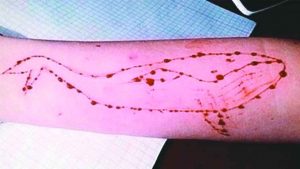 Philipp Budeiki is a name not many know except by those who trawl the dark net. He is the 22-year-old Russian who invented the Blue Whale Challenge. It is a game with serious consequences that cannot be found on an app or even a Google search. There is no website either. How it operates is that Budeiki hacks into social media accounts like Instagram and Facebook and finds teenagers who seem depressed and emotionally disturbed and are also into online gaming. He then targets these youngsters, usually between 12 and 15 years old, and invites them to online gaming groups where he and his associates identify those likely to accept the Blue Whale Challenge. The game itself has become a rage all over the world and, despite the deaths of several teenagers, including at least four in India, continues to entrap youngsters looking for adventure or a distraction from pressure and depressive tendencies. Once contact is made with curators who report to Budeiki, they switch to a restricted private chat system online.

Teenagers are given daily tasks, informed of the rules and the need for secrecy, and then pushed to perform more extreme challenges, including slashing their arms, killing domestic animals and watching specified horror movies. The ultimate challenge is to jump from a height. Why teenagers get hooked to something as dangerous as this remains a mystery. One explanation is that they are already in a state of depression and the challenge gives them a distorted sense of purpose and escape. There are also those who presumably get hooked because of the risks and sense of extreme adventure. Either way, it is a deadly pursuit.

The name “Blue Whale” stems from the belief that whales beach themselves on land deliberately.

Ultimately, we have to make sure that cyber law and cyber security education are made an integral part of the school curriculum from Class I onwards. Children today are being exposed to the internet without being made aware of how to protect themselves.

In such a scenario, the onus is upon the government, service providers, families and all stakeholders to ensure that steps are taken not just to protect the innocence of children but also to see that such violent games are not propagated on computer networks in India.

This is a tall order. It will be interesting to see what steps will be taken by the government to deal with the challenge presented by the Blue Whale.