154,225FansLike
654,155FollowersFollow
0SubscribersSubscribe
Home Opinion on News Society Use of Technology: Every Step He Takes 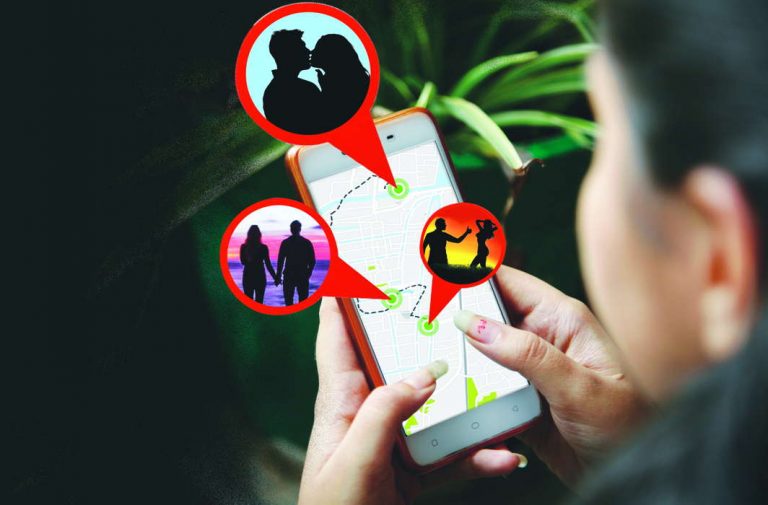 In a first of its kind case, the Kerala police nabs a man who helped his lover keep track of her husband in real time by secretly installing an app on his mobile phone

Life sometimes may look stranger than fiction, and the seemingly unreal may transform into real. Adwaith, a native of Kochi, is yet to recover from the shock of realising that his wife, Reshmi, was spying on him for the last several months. With the help of her lover, Ajith, a 32-year-old bank employee, she installed an app in his mobile phone that allowed her to keep track of his movements. Last week, Ajith was arrested after Adwaith lodged a complaint with the police. He was booked under Section 66-E of the IT Act and presented at a local court. The police have also arraigned Reshmi as the second accused.

According to the Crime Detachment wing of the police in Kochi, Ajith installed an app called TrackView with the help of Reshmi, which enabled them to spy on Adwaith and record his activities including his intimate moments. Ajith allegedly used the visuals he accessed through the app to blackmail Adwaith in a bid to extort money, Crime Detachment Dy SP Biji T George told India Legal. “Adwaith came to know about the bugging when his wife started questioning his movements and activities. His wife knew all about the secret conversations he had with others. As every time she confronted him with conclusive evidence about his movements, talk and activities, he realised that someone was tracking him,” George said.

Adwaith then decided to track those who were tracking him. With the help of some techies, he found that his phone was bugged to monitor every step he took. Based on this, he filed a complaint and the inquiry helped the police nab Ajith.

According to George, Adwaith and Reshmi had started quarrelling over money she allegedly withdrew from Adwaith’s account. Reshmi reportedly withdrew Rs 7 lakh from Adwaith’s bank account. Adwaith was working in the Gulf till he returned home five months ago. Reshmi told Adwaith that the money she had withdrawn was given to her friend.

Police believe that the disputes had prompted her to bug her husband’s phone. Asked whether Reshmi too would be arrested soon, George said that since it was a case involving technology, they were taking time to ascertain who had bought the app online. “We shall ask Google to part with the information as that will help us conclusively prove who actually bought the app online,” he said. However, the police are yet to get sufficient evidence that the prime accused tried to extort money from the victim.

“We haven’t received any evidence to establish that the prime accused threatened the victim in a bid to extort money. We are yet to get a clear picture. The full picture will be available only after a detailed probe,” they said.

Asked about the trend of technology playing a major role in wrecking family ties, noted psychologist Dr Chandraprasad Sreedhar told India Legal that there was no surprise in the collapse of family ties in present-day society.

He pointed out that if four members of a family now go to a hotel for dinner, all, including the father and mother, are glued to their mobile phones.

“We don’t see families sitting together and discussing issues of common interest. Everybody is shrinking into their own selves. They chat with people on a different continent. They don’t have the time to speak to members of the family even if they are physically so near,” he said.

The psychologist said that the over-dependence on technology has become an addiction and there have to be serious efforts from every person to get out of the sticky situation.

Asked whether the woman involved in the case of snooping on her husband had acted out of some inherent deformity of  mind, Sreedhar said he had to go through the details before making any comment. He said an analysis was needed to say whether the woman committed the crime due to a mental illness.

That Kerala is far ahead of the rest of the country in areas like literacy, medicare and other social indicators is well known. What is less known is that it also leads other states in the abuse of technology. The increase in the use of mobile phones and the resultant internet addiction have a direct relation to the dangers of heavy influx of family court cases, with couples approaching family courts and law enforcement agencies, seeking divorce.

With several hundreds of marriages running into the danger zone of mutual distrust and the resultant crumbling down of the family, social organisations like the NSS Karayogamas, SNDP Shakhas and religious bodies like churches, Mahal or Jamaath committees have the challenging task of settling the issues.

Sudarshan V, secretary of the SNDP Yogam in Alapuzha, told India Legal that they had to handle many cases of family disputes triggered by mobile phone abuse. “In many of the cases either the husband or the wife is accused of entering into relationships outside marriage, indulging in adultery. In certain cases, wives are allegedly withdrawing money from the bank accounts of husbands or from their own accounts following blackmail by those with whom they have had relationships,” he pointed out.

Advocate Sreeja Thulasi, who handles cases related to marital disputes in the Thiruvananthapuram family court, told India Legal that a majority of the cases in family courts are due to internet abuse. Once you are addicted to social media platforms and develop a relationship, it is easy to get caught. Your posts, your electronically transmitted information and messages become detrimental and you leave its imprint as an electronic record and it can be produced as evidence. Naturally, the rate of divorces these days is also on the rise,” she said.