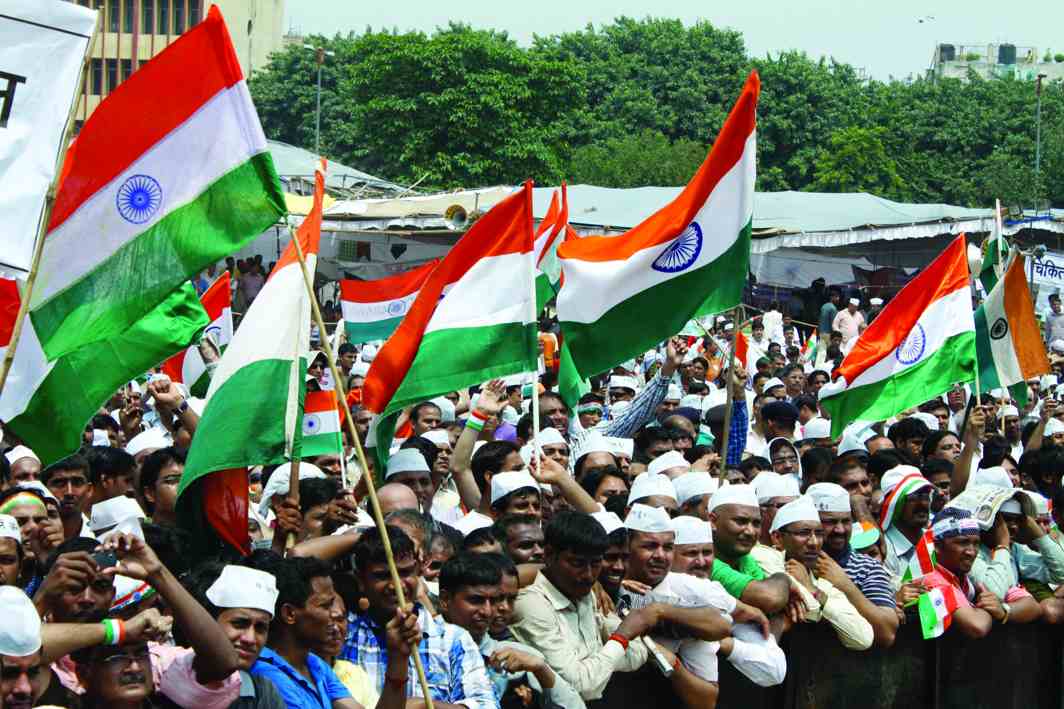 Above: The national flag has been a rallying point for patriots and activists as seen in the India Against Corruption protests at Ramlila Maidan in Delhi. Photo: Anil Shakya

The national flag reigns supreme and no state government should question that. The Karnataka government’s recent move to even consider an alternative to the Tricolour was most unfortunate

The history of the freedom movement is a saga of painful sacrifice by millions of Indians. At the time of the advent of the British, India was a conglomerate of monarchical states. However, the British cunningly exploited the differences among them and established its oppressive colonial rule on what they felt was the sustainable part of Indian territory. But things changed with the birth of the Indian National Congress which heralded the beginning of the nationalist movement. The teeming millions, inspired by the clarion call given by stalwarts like Bal Gangadhar Tilak, Mahatma Gandhi, Jawaharlal Nehru, Sardar Patel and Subhash Chandra Bose joined it.

Mahatma Gandhi, apart from being saintly, was also a pragmatic strategist. In order to appeal and inspire the distinct linguistic populace of India, he formed state units of the Congress party on the basis of linguistic geographical territories. Millions of people irrespective of caste, creed and religion thus joined the freedom movement which gained in strength to become one of the chief reasons that coerced the British to grant independence to the nation.

The national flag and national anthem were among the chief considerations on the agenda of the constituent assembly for Independent India. Mahatma Gandhi said, “it will be necessary for us Indians—Hindus, Muslims, Christians, Jews, Parsi and all others to whom India is their home—to recognize their common flag to live and die for”. On July 22, 1947 in the Constituent Assembly, Pandit Jawaharlal Nehru said that “the flag would carry the message of freedom wherever it flew”. Dr S. Radhakrishnan explained the significance of the tricolor in the flag—saffron represented leaders, who like hermits should be indifferent to material gains and work for public welfare. The white in the centre was light, the path of truth to guide our conduct. The green symbolised our relation to the soil, animal and plant life on which our existence depends.

It was not felt necessary at that point to have an explicit provision in the constitution about the national flag. However, after incorporation of fundamental duties, respecting the national flag has become one of them. Prior to that, the parliament enacted The Prevention of Insult to National Honour Act, 1971, where an insult to the national flag in any manner was made a punishable crime. The National Flag Code, 2002, also regulated the size, colour and the elements of the flag.

Jammu and Kashmir enjoys special constitutional status under Article 370. To underline that, an attempt was made by J&K state to have a separate flag. In a writ petition, a learned single judge upheld the action of the state government for hoisting the state flag on government offices and buildings. The division bench of the high court, however, stayed the order of the single judge. In view of serious protests, the state government withdrew the order on hoisting the state flag.

The recent developments in Karnataka are disturbing. A minuscule section of jingoistic linguistic zealots illegally tried to remove signboards in metro stations because along with Kannada and English, names of stations were also displayed in Hindi. This was seen as Hindi being imposed on the people of Karnataka. Now, the metro railway is a joint venture of the state and the centre. It would be puerile to contend that the display of Hindi on the signboards amounts to imposition of that language.

Unfortunately, the state government was totally soft against those who vandalised public property, a serious offence under the Indian Penal Code. The fascist language zealots, now emboldened, held an indoor conference with linguistic fanatics of  adjoining states to call for the amending of Articles 343 and 344 of the constitution saying that they have the potential of imposing Hindi on the non-Hindi states. Their aim was only to gain political space. In fact, the said organisations have their own unofficial red and yellow flag for the state.

The Congress government in power, keeping an eye on the coming elections next year, was obviously desperate to woo each and every section. So, it pandered and yielded to the demands of divisive linguistic forces forgetting the glorious ethos of the role of the Congress party in the freedom movement. The argument that a separate flag for the state would be permissible in a federal structure is a misunderstood version of the Indian constitution which is a blend of unitary and federal features but inclining more in favour of the unitary. The powers of the state have been clearly enunciated in List II of Schedule VII with subordinate power of legislation on the subjects of List III. The constitution may not expressly injunct a separate flag for the state but the ethos of our freedom struggle and the reverential sentiments expressed by Mahatma Gandhi and other founding fathers of our constitution make everyone realise that a separate flag for the state is akin to sowing the seed of disintegration.

The Supreme Court in a recent decision has held that Jammu and Kashmir is an integral part of India and bound by the constitution and “has no vestige of sovereignty outside the Constitution of India”. When a state like J&K enjoying special status under Article 370 has abandoned the idea of separate flag, would any other state claim that it can have a separate flag?

Earlier, the Karnataka government had issued a circular for the mandatory hoisting of the red and yellow Kannada flag at all government offices on Rajyotsava Day (foundation day of the state). But following a PIL in the Karnataka High Court on the flag issue, the government submitted to the court that the circular had been withdrawn. The high court recording the same observed that national flag remains supreme. In view of the withdrawal of the circular the case stood disposed of. As a result, the submission of the previous government before the court now binds the present government. It cannot retract from its stand. It is time that the Congress wakes up. The government order constituting the committee to study the feasibility of separate flag for the state should also be immediately recalled. Jai Hind! 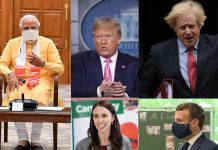