154,225FansLike
654,155FollowersFollow
0SubscribersSubscribe
Home Opinion on News Why I Oppose the Plea to Reinvestigate the Gandhi Murder Case 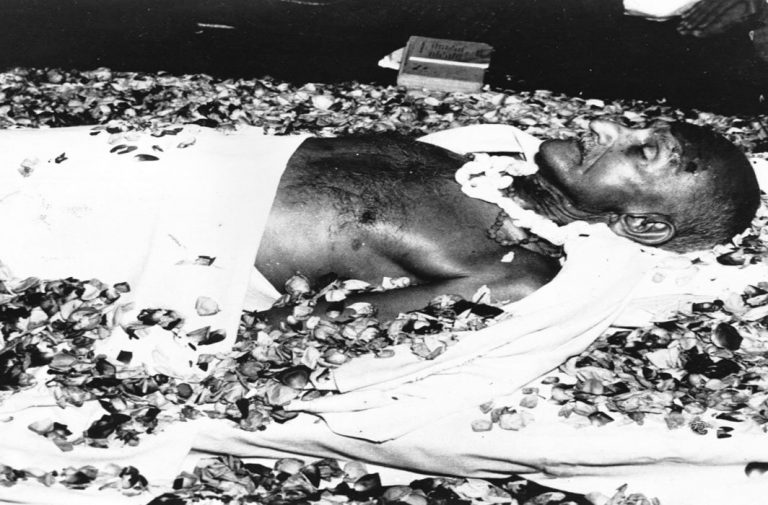 ~By Tushar A Gandhi

Fadnis had previously filed the same plea in Bombay High Court. The Court had dismissed the plea, refusing to admit it or listen to Fadnis’ entreaties. The Supreme Court has been inexplicably considerate towards him and has asked for an opinion from an amicus curiae to help it ascertain the merits of the plea. I was aware of this when Fadnis had approached the Bombay High Court and had even then prepared to intervene in the matter, but the Court trashed the plea and the matter did not proceed any further.

Now the Supreme Court, in all its wisdom, has offered a glimmer of hope to the petitioner and I am determined to have it hear my side before coming to any conclusion. It is my right and I will exercise it. If Fadnis has a locus standi to seek a reinvestigation, I have the same to oppose it.

The plea is frivolous and the intention is mala fide. The attempt is to create doubts about the honesty of the original investigation, float unsubstantiated theories based on vague insinuations and spin a web of deceit aimed to confuse and befuddle.

Fadnis claims that there was a fourth bullet, the one that caused Bapu’s death, which was not investigated in 1948. He alleges this by stringing together unlinked and out-of-context reports. Three bullets were fired by Nathuram Godse that fateful evening of January 30, 1948. Godse fired them in quick succession from not more than two-and-a-half-feet from Bapu. All three hit Bapu in the chest within a radius of less than two inches. Two of the bullets went through his 79-year-old frail body and emerged from his back, one remained in his body and was found among the ashes of his funeral pyre. From the two that went through his body, one was recovered by the police, about 10 feet behind where Bapu had fallen, and the third was found in the folds of the shawl he draped over his upper body as insulation against the January cold. Devadas Gandhi, Bapu’s youngest son, recovered the bullet from the shawl and later that evening, handed it over to the Tughlaq Road police station. These were the only three bullets fired that killed Bapu.

Bapu was hit on his chest by three bullets, there were three entry wounds on his chest—two doctors and an inquest report confirmed this. Their location on Bapu’s chest and their dimensions were also recorded. One on the left of the median and two on the right. There were two exit wounds on Bapu’s back, much larger than the entry wounds. The investigation recovered all three bullets and analyses proved that all three were fired from the murder weapon which was recovered from the murderer, Godse’s hands after the murder and the statement of the person who had snatched the weapon from Godse’s hand was recorded and duly filed. This witness testified under oath in court and recounted the entire event in his testimony in court.

There were over a thousand people attending the prayer meeting on the rear lawns of Birla House on Albuquerque Road on January 30, 1948. Several of them were in close proximity to the murderer and his victim and witnessed the murder. Some of them participated in catching the murderer and disarming him. They were all questioned and their statements recorded, several of them were called as witnesses  in the Special Court convened in the historic Red Fort. All of them averred that they had seen Nathuram Godse fire three bullets at Mahatma Gandhi which caused his death. Not one person examined, spoke about a fourth bullet. Investigators accounted for all the bullets remaining in the gun and later ascertained how many bullets he had got from Jagdish Prasad Goel of Gwalior, the gun-seller. On the morning of January 30, Godse test-fired the gun in the forest behind the Birla Temple in New Delhi. The police in the course of the investigation recovered those bullets too, and so all the bullets were accounted for and the fact that only three had hit Bapu was proved, beyond any doubt. The fact is there was no fourth bullet, either fired or having hit Bapu.

Manuben Gandhi, whom Godse pushed aside before firing on Bapu, in her eyewitness account of that evening, stated that she had heard three gunshots. But in later years, on repeated retelling of the incident, mentioned that there were three or four gunshots. Fadnis has latched on to this. But apart from this vagueness that crept into a repeated narration much later when memories were fading, there is no evidence to believe the existence of a fourth bullet, neither does Fadnis present any solid evidence of the existence of a fourth bullet.

Fadnis claims that there was a mystery shooter, who was the actual murderer, and that he was allowed to escape and then disappear. This theory is inspired by the many mystery shooters who have emerged from time to time in the JFK murder story. Every few years, someone comes up with a fantastic theory of the existence of a mystery shooter/sniper, who according to them, was the real murderer. Not one of the many eye-witnesses testified about it, or have even hinted at the possibility of there being another shooter. If there was one, he must have been invisible. Armed with an invisible gun. Of course, Godse was accompanied by his two accomplices, Narayan Apte and Vishnu Karkare. Both were acting as his wing-men on January 30, 1948. Both escaped after the murder since they did not participate in the murder in any manner. They were arrested on the basis of the tip-off from Shridhar Damle and the testimony of Digambar Badge and Dattatraya Parchure. Both were tried and convicted. Apte was executed along with Godse and Karkare was released after serving a life sentence. Three of those convicted in the Gandhi murder case were present at Birla House on January 30, 1948, but only one of them committed the murder. There was no invisible killer that evening.

Fadnis alleges a foreign hand behind the Gandhi murder, a British secret agency. This is another farfetched and fantastic theory, with no evidence but an alleged collaboration by a Russian diplomat. I could go on and on disproving all of Fadnis’ hypothetical allegations and fantastic unsubstantiated hypotheses, and I will, if unfortunately the Court admits his plea.

Although the plea is frivolous, it is not meaningless. It is a part of a well-planned strategy. After Bapu’s murder, a campaign of misinformation and distorted half-truths has been very efficiently and convincingly carried out to justify the murder.

The campaign went unchallenged for so long that today a majority of Indians believes the lies. Now they have launched the next step to create doubt about the event itself and to discredit the investigation in an attempt to get absolved of the blame. Now they want to change contemporary history and make it more convenient. 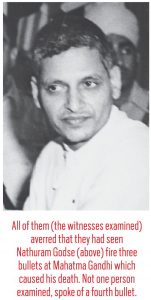 The real target isn’t the two trials. Attacking the murder investigation is a ruse, the real target is the Kapur Commission of Inquiry. The Kapur Commission of Inquiry was established in the mid-1960s to investigate the existence of a larger conspiracy and whether there was prior knowledge about the murder. The Kapur Commission conducted a thorough investigation and unearthed the existence of not only a much larger conspiracy but also established the involvement of organisations like the Hindu Mahasabha and RSS in the conspiracy and murder. Veer Savarkar was already dead, but the Kapur Commission recorded testimonies which implicated Savarkar in the Gandhi murder. These testimonies were not available to the prosecution at the time of the trial and appeal. Savarkar managed an acquittal due to lack of sufficient corroborative evidence.

This has been a thorn in the sides of Savarkarites and Sanghis and they have wanted to get rid of the irritant for long. This is the real objective of the plea by Fadnis.

This is also the reason I am objecting to the reopening of investigations into Bapu’s murder. Not much can be examined afresh, there is no ambiguity in the process of investigation.

If investigations are opened then what can be examined is all the documents that were gathered during the course of the original investigation and by the Kapur Commission. There are no new witnesses and there is no new reliable evidence.

Yes, the forces that love to rewrite history will get the opportunity to rewrite the history of Bapu’s murder and erase their role in it. I will not allow this to happen. This is the reason why I oppose the plea to reinvestigate Bapu’s murder.

—Tushar Arun Gandhi is the great-grandson of Mahatma Gandhi