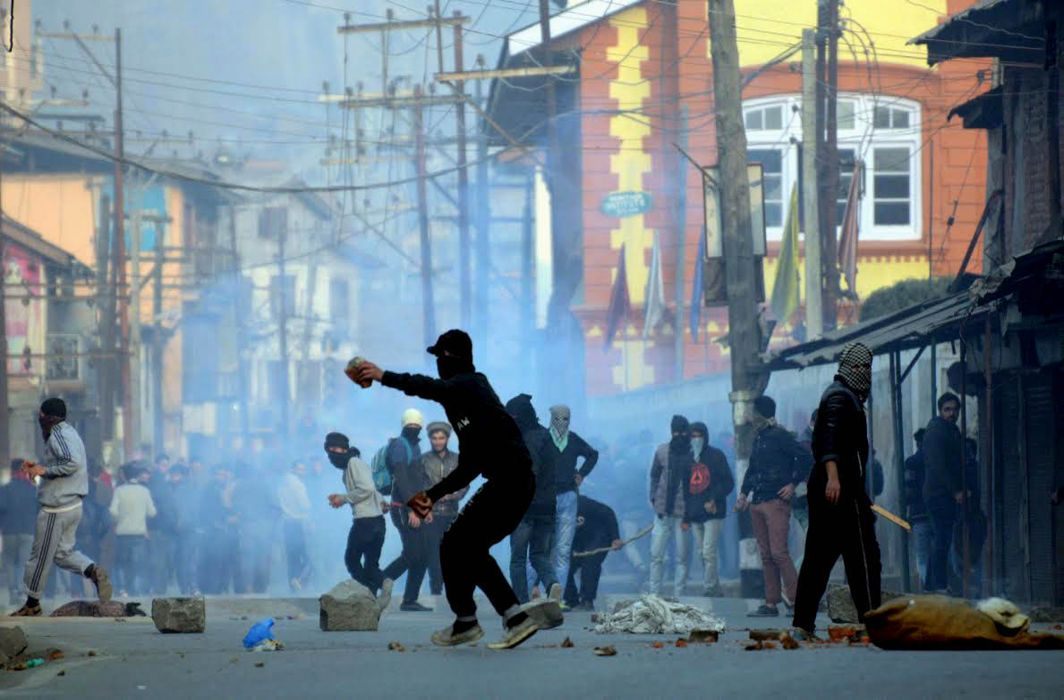 “A thousand mothers of terrorists will cry so that a single mother of ours won’t cry”, Israeli Likud’s former Chair of Foreign Affairs and Chief of Shin Bet (Israeli Security Agency) Avi Dichterhad very explicitly spelt out in 2005, his policy on managing internal security, which called for raising the costs for terrorists and their sympathisers to such exorbitant levels that pursuing / abetting terror as an instrument of bargain became a ‘non option’.

The Governments changed, the Leaders changed but a tacit permanency in the policy has continued. A clear example of ‘matching pennies’ or what is better understood as zero sum game, where undoubtedly the Israeli gains have well surpassed their losses.

Cut to J&K of 2018, the dichotomy that one witnesses on a daily basis is that, while on the one hand the security apparatus stands firm in tackling and liquidating terror even at the cost of supreme sacrifices on a daily basis, yet each day brings about an emboldened broad spectrum retaliation from ever swelling ranks amongst terrorists/ sympathisers, partly sponsored, controlled and financed by Pakistan and part surfacing from home grown and home nurtured element, strengthened by a weak internal security policy by the State and the Centre who happen to be running a coalition dispensation.

Each time a tragedy strikes, and it happens almost every day, be it the members of the security forces, school children, ordinary Kashmiris, Indian or foreign tourists, all one hears is a sad twitter elegy coming from those who have been mandated to ensure safety and security of the citizens. The Centre conveniently washes its hands off by calling it a localised internal security situation to be handled by the State, yet not forgetting to pat itself giving its own statistics of reduction in cross border/ LoC infiltration.

The State on the other hand is still confused and unable to decide even after three decades of unabated terror onslaught, which side to take. For any so called non-partisan elected government it appears ridiculous, bereft of logic and reeking in petty politics to be filing FIRs against its own security forces who are euphemistically exposing themselves to harm’s way to make sure that Kashmir breathes.

Take the case of granting amnesty to stone pelters under the ‘populist’ alibi professed by Mufti government, of getting them back into the folds of civility. No amount of reasoning other than sheer ‘political populism’ can justify such ill-conceived steps, which actually shows the inherent myopia of the political establishment. The result is an ever growing rank and file of ‘stone pelters’, who now assemble in droves with sufficient impunity, secure in their belief that no harm shall befall them. George Friedman the strategic thinker commentator from US based think tank Stratford has very aptly summarised this dilemma, that “alignment of moral principles with emerging national narratives is not easy under the best of circumstances, for ideologies and local political expediencies tend to be more seductive in cloaked terms, but not so coherent in specific cases”.

Oblivious to the glaringly out-of-control situation on ground, the State Government’s latest fait accompli lies in its proposal to offer unilateral cease fire during Ramadan and extending it to Amarnath yatra, in anticipation of a quid pro quo from a morally bankrupt adversary. Mooting such a proposal defies all security and statecraft logic, which in a way tantamount to thoughtlessly colluding with the terror apparatus both indigenous and/or of cross border variety.

No matter how much we convince ourselves, the fact is that Kashmir, far removed from peace is in a state of war today. And one of the cardinal teachings of warfighting is to never expect a logical narrative in a combat situation as there is none. Therefore to expect that the adversary/ enemy of the State to respond with a fig leaf in response to unilateral ceasefire during forthcoming Ramadan is nothing but a naïve placebo treatment.

And why Ramadan? Search the Islamic history, the first and the most prominent war initiated by the newly established Islamic Order led by Prophet Mohammad himself against the Quraish of Mecca seventy miles southwest of Medinaat the wells of Badr famously known as Battle of Badr itself was fought on the seventeenth day of Ramadan 2nd Al hijr (13 March 624 AD). This battle planned and conducted by the Prophet also finds a mention in the Holy Quran as the most decisive of all fights against oppression.

My own first-hand experience during the Ramadan month of 1975 in Naushera Sector of J&K also reconfirms not to expect any ‘logical outcome’ in a belligerent climate. Daily heavy exchange of fire was a routine on the LoC those days. However, our Theatre Commander issued instructions to us to observe total ceasefire during the holy month, so as to allow Pakistani troops and collaterals to observe their religious ritual in assured ‘peace’. We followed the instructions to the last word, despite getting ample opportunities to settle previous wrongs done to us by the enemy. Ramadan culminated ‘peacefully’ into Eid-ul-fitr, celebrated with equal fervour by our troops and the border hamlets of Naushera too. However, the very next day we were greeted with incessant firing from all the Pakistani posts along entire Lam Valley (Mirpur, Kotli areas of PoK).

Much water and blood has flown since then. Kashmir today needs definitive prophylactic handling, which obviously cannot come through political pussyfooting, offering generous amnesties to gun and stone runners. The policy makers have to take a cue from Avi Dichter and stop eating out of the ever conniving and cold blooded Hurriyat’s (including its cross border sponsors)hands, not forgetting the well-established fact across insurgencies that in a hostile insurgent terror prone region every unemployed youth is a potential terror recruit. In fact Kashmir has transcended that stage, where even scholars and employed professors are getting seduced to bear arms against the State.

Both Centre and State, therefore, need to stop vacillating, rise above petty short term politico-religious gains and stand up to combat this peril through resolute steely affirmative action.

(Views expressed in this article are the author’s own)