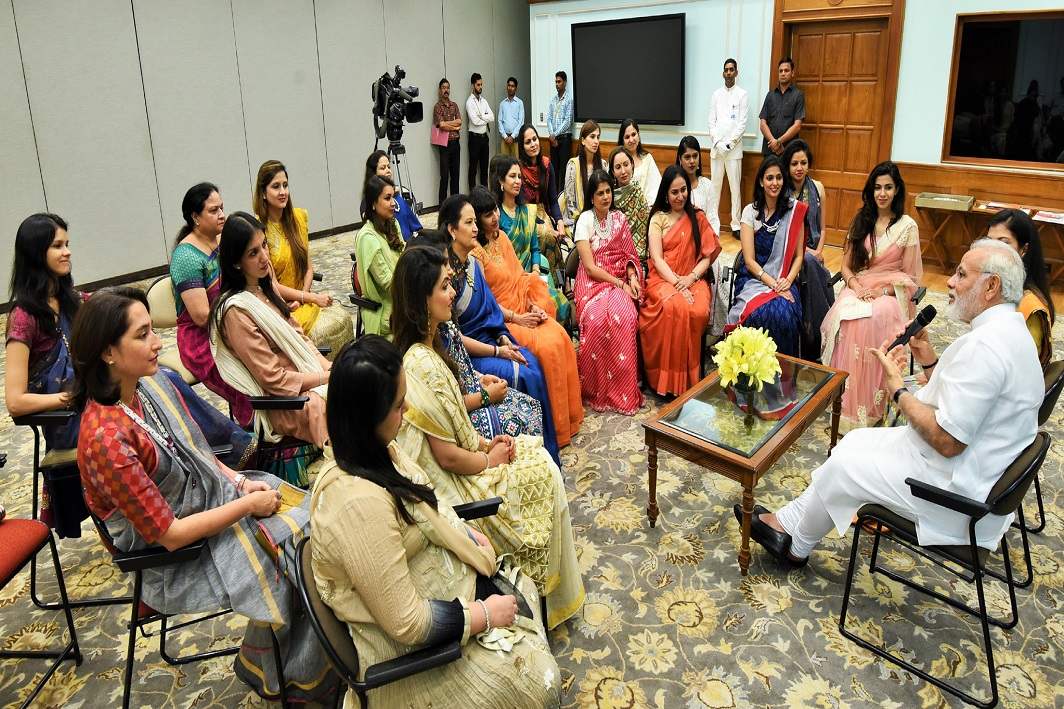 Despite the strides made by the fairer sex, stereotyped views of their role in the family and outside have slowed their progress

Of late, women are getting leadership positions. The Cabinet Committee on Security has included two women ministers, Minister of External Affairs Sushma Swaraj and Minister of Defence Nirmala Sitharaman, the four main high courts in the country are now headed by women chief justices and the three powerful administrative agencies (Lal Bahadur Shastri National Academy of Administration in Mussoorie, Sardar Vallabhbhai Patel National Police Academy in Hyderabad and the Bureau of Police Research and Development in Delhi) are, for the first time, headed by women officers.

But despite these strides, India sank to the 108th position among 144 countries in the World Economic Forum’s Global Gender Gap report. It even trailed smaller countries such as Bangladesh and Sri Lanka. Further, in terms of women in the workforce, India was 139 among 145 countries. Something is seriously wrong here.

Career women in general cause unease among their fellow men and this only increases as they rise up the ladder. Recently, a senior woman administrator in a powerful central government ministry spoke about how her senior male colleagues gave her unsolicited advice, became her instructors and created obstructions. This, she said, was more humiliating than anything she had undergone during the initial phase of her career. She would be mocked by male colleagues with phrases such as: “Madam, you may be knowing everything but please read GFR Rules too”, or “Madam, you can also talk with love, why do you always have to go hammer and tongs after matters”. Gradually, she acquired a reputation of being a “difficult and arrogant woman who has no respect for anyone”.

Most women in commanding positions have had to face this sort of patriarchy where men find it difficult to take orders from them. Despite many having to work doubly hard to break the glass ceiling and to wait much longer to be accepted, they are often insulated from the atrium of power occupied by men who may not always be capable.

Patriarchy is an ideology which brings together a particular mindset sustained through history. It is about power and exclusion from the acquisition of wealth, financial control and property. Women may be biologically different but are not inferior.

A professionally powerful woman challenges this very fulcrum which binds men to power. If that is shaken, most positions occupied by men would be lost to them. Therefore, the work environment is often designed to keep such women demotivated and stagnant and obstructs their growth.

Women have also not been trusted to lead powerful ministries like finance, defence, home, atomic energy, space research, agriculture, water and irrigation as the work involves ruthless decision-making, with national interest at the core. Many areas such as the army, the police, the Intelligence Bureau and RAW were often closed to women. Earlier, women in the bureaucracy, the hospitality and service industry were not allowed to get married, but there were no such rules for men. To assign the women and child ministry always to a woman is another example of the State practising patriarchy. Women of all ages, be it within their homes or outside, encounter marginalisation. But there is no law strong enough to weaken these bonds of patriarchy.

A 2011 Harvard Business Review survey on “Taking Gender into Account” found that the work ethos around a woman was so obstructive, de-motivational and discouraging that the policy of skill-building alone was not enough to support her to lead.

Patriarchy has shrouded the brilliance, management and judgement of women. Leadership positions are mostly given to men who are generally prudent operators, with networks to vouch for them. Take, for example, the judiciary in India. Even though the four top and oldest high courts of Madras, Bombay, Delhi and Calcutta are now headed by women chief justices, the ratio of women to men as judges here is abysmally low at 6:53, 11:61, 9:35 and 4:35, respectively. In the 24 high courts in India, women judges occupy only 10.7 percent or 68 positions against 632 occupied by male counterparts. The Supreme Court also has only one woman judge out of 28 male judges.

Similarly, in the IAS, the steel frame of the country, there are only three women for every 20 men. Since 1974, only 687 women have been inducted as compared to 3,000 men.

The 2011 Harvard Business Review survey reported that women were treated as “emotional, bossy and too nice”. These three traits find no place in the selection of men as heads of institutions. However, monoculture organisations need to endorse that bosses can be different, can wear colourful clothes and be stylish besides being decisive at work. A woman need not be labelled as a leader who lacks “high potential” or carries a reputation of being “difficult”.

However, as women make strides in society, the glass ceiling is starting to crack. Stereotypes used to explain the fewer women in top positions such as they have “child care needs” or that they wanted “comfortable assignments” need to be questioned as they suggest that women are not sufficiently aggressive, competitive or committed to the job and have therefore, opted out of leadership positions.

This no longer holds true.

—The writer is a professor of law and governance and chairperson, Special Centre for Disaster Research, JNU, Delhi