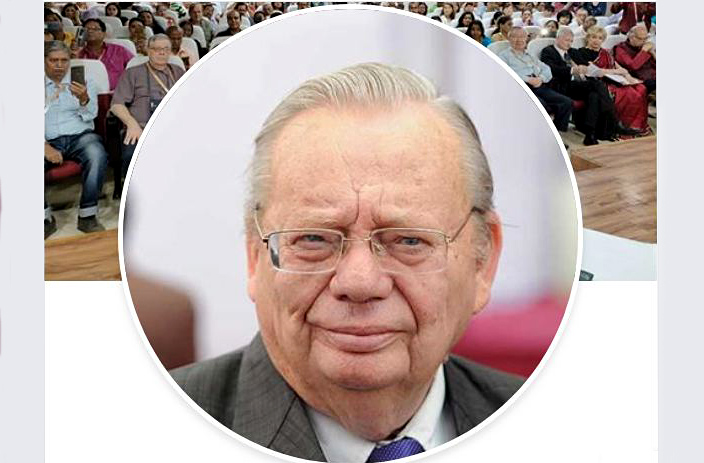 When a famous and reticent writer sends a Facebook friend’s request, it is indeed a thrilling moment for a young man who has grown up on a feast of his books. So when my son got this request and showed it to the family, it was naturally marked by disbelief and laughter and suggestions that he had been conned by a fake account of the author. After all, 85-year-old Ruskin Bond has loved the quiet life of the hills and has always shunned the trappings of modern life, be it computers or mobiles, and handwritten his stories.

However, a perusal of the Facebook account of the much loved and admired author Bond showed that this was true: he had finally marked his innings on social media. October 15 marked this momentous event for a writer who had guarded his privacy with a vengeance. Ruskin wrote in his account: “Officially here in the social world!” His Facebook showed his tentative foray into it with just a few pictures and some welcoming comments. One entry showed him perusing a book with the entry: “That time when I was reading the first draft of my new book.”

The intro of his new account was brief, humble and to the point and revealed nothing of the exalted status he enjoys as a writer. It simply says: “Went to Bishop Cotton Boys’ School; Lives in Mussoorie; From Mussoorie; Followed by 4 people.” Considering that social media is not just a place to communicate but also to tom-tom one’s achievements, the fantastic places one has visited and the exotic food one has tasted, the Padma Shri and Padma Bhushan awardee’s entry into it was unremarkable and low-key, just like the way he had lived his life.

He has lived for the longest time ever in Landour, Mussoorie, with his adopted family and his books have been a hit with children and adults alike. His much-loved novels, be it With Love From The Hills, The Room on the Roof, Rusty Runs Away or Strangers in the Night have made readers love his simple style of writing, the beauty of the hills and his self-effacing manner. His autobiography, Lone Fox Dancing, is an arresting book written with a great deal of humour and makes us empathise with the little boy who was attached to his father and who often finds himself lonely and sad. Yet, the sun always shines through his works, making the reader feel the world isn’t a bad place to live in as long as there are good souls in it.

Though Ruskin’s entry into Facebook was quiet and un-noticed, it won’t be for long before his beloved readers get a sniff of it and bombard him. In the meantime, his friend request to my son was happily grabbed and flaunted. It’s not every day that such a ray of sunshine falls on anyone.