West Bengal: The tough road ahead for Mamata Banerjee

Now that she is back as chief minster once again, Mamata Banerjee must put an end to the post-poll violence, shore up facilities to save lives hit by the raging pandemic and restore the economic health of the state. 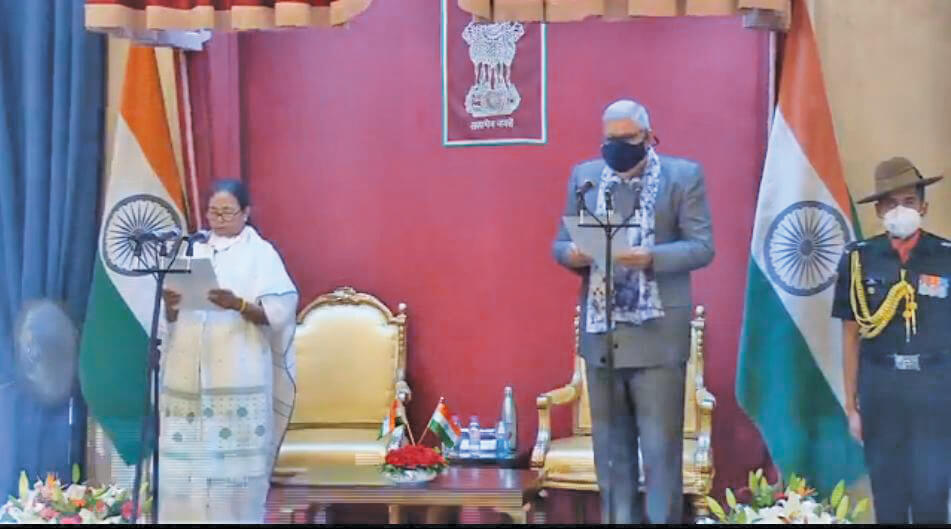 The elections are done and dusted in West Bengal. Trinamool Congress (TMC) has earned a thumping victory, the Bharatiya Janata Party (BJP) has been completely swept away, despite a boost of 74 seats, and Chief Minister Mamata Banerjee will now settle down to survey the level of destruction these polls have caused to the state.

As the first order of work, she has issued several instructions regarding Covid SOPs in the state. They are:

When this correspondent had visited the city of Kolkata during the first phase of the pandemic, in the second half of March, the impending doom was palpable. Masks were hard to come by, the markets were slowly reopening and election road shows and rallies were growing. The infections were growing too. Now that the data will be reorganised, resorted, Bengal could shoot up among the top two-three states in infections. The latent fear is unbelievable. Death is no more something that a friend calls to tell about his/her relative. It is next door, it is in the house.

To be blamed are political parties—both the BJP and the TMC—as well as the Election Commission of India (ECI). The basic purpose of the ECI is to hold free and fair elections, which will also be safe for the public of India. In ordering an eight-phase election process within this killer pandemic, the ECI failed to deliver on its constitutional obligation. In the Supreme Court’s rejection of the ECI’s plea that the media may not be allowed to report judges’ oral observations and stick only to the judgments, the top court has implied that the ECI has the responsibility of delivering on its promise to the public, first, before even trying to criticise critiques.

The other thing that this correspondent had noticed during his visit in late March was that all government offices were drained of workers. All had been drawn out by the state election commission to work in the election process. They were either to be polling officers, or sorting agents, or engaged in one of the millions of little jobs that a poll process requires. This is a legal process and the ECI had every right to do so.

Or did it? Withdrawing people from the Income Tax office was one thing. But withdrawing workers from the health and sanitation departments, and from municipalities within a raging Covid-19 pandemic, if anything, was almost a criminal act. Just because it is a constitutional authority and enjoys a certain degree of immunity, it does not essentially mean that the ECI can endanger the lives of the people.

An election process is an important part of democracy, but it cannot be the be all and end all of a country’s ethos. The right to life is a fundamental right and even a constitutional authority does not have the authority to infringe upon that right.

As the infections started shooting up, even during the first phase, the acute shortage of healthcare workers was felt across the state. The fact that the insensitive ECI spread the process across eight phases, meant that many workers were stuck in useless work, leaving important disinfection and other work unattended.

Not just workers. The extensive election process also drew out of the system thousands of utility vehicles, such as taxis, buses, etc. These were the vehicles the common man missed while seeking frantically a ride with a loved one to a hospital, when Covid-19 made breathing impossible. Of what good are the polls if the nation dies before it? What moral right did the ECI have to hold on to these vehicles?

Aiding and abetting the ECI’s insensitive approach were the political parties, who paid for thousands, even lakhs, to come to rallies, displaying a vulgar show of muscle. These rallies grew to be so big and dirty that the entire Covid-19 sanitation process was rendered redundant. The state does not have the wherewithal to re-sanitise the entire state, when the second wave is upon it and when possibly a third wave is at the door.

The end result has been that the common man has borne the brunt of it all. Now, alongside the fear of infection has grown the fear of violence. It doesn’t matter which party has initiated the violence. What is in question is whether the general public voted for democracy and peace or for a consistent state of fear and a disabled administration which looks after its political allies and workers only.

Infection numbers have always been doctored in West Bengal, as in most part of India—even as hearse after hearse exited hospitals in the first phase, and even as burials took place in the dead of night, the government refused to give out the right numbers. This is a pattern being followed across India, be it a Congress-ruled state, or a BJP-ruled state or any other party for that matter. Somehow, the TMC was no different. Now that the second wave has turned out to be a tsunami, that health administration across the country has collapsed, that vaccines are in short supply, it becomes imperative for a newly-elected party to show some grit, some spine, use some grey cells.

The first objective for Mamata Banerjee would be to assure the people of Bengal that they will neither die of violence, nor of Covid-19. While the latter may be a fanciful thought, the former can be controlled. Nobody needs a dead man in the house, killed through political vendetta or through Covid.

The shutting down of local trains seems a strange move. Most of those who come to Kolkata on business and trade, come via local trains. If not as much of a central nervous system as in Mumbai, Kolkata’s suburban trans bring in all the vegetables, the fish, the rice, the lentils, even some small time doctors and, most importantly, daily wage earning workers. The city itself is under-supplied at any given point of time. The suburbs are where the resources are.

More importantly, in these Covid times, access to the main hospitals of the states—mostly all in Kolkata—can be done via local trains. A stoppage here will kill livelihoods and lives. That, probably, is a wrong decision to start with. Parties in the state need to get over petty squabbles. The polls are over, it is time for development, for working with and for the people of the state.

BJP’s all-India president JP Nadda’s post-poll visit to the state could have been to apply a calming balm. Instead, his reactions did not seem to have moved from the pre-poll bravado and chest-thumping, exactly the instigators to further violence.

As if Nadda was not enough, the centre flew down V Muraleedharan, minister of state for external affairs, apparently to visit the house of party worker Biswajit Mahesh, who was killed in the post-poll violence at his village Markundachak. His car was attacked, allegedly by “TMC goons” and he cut short his visit and flew back. What purpose did this serve, exactly, in a pandemic ravaged state?

There have been threats to local MLAs that they will face the ire of the BJP when they visit Delhi. Is this the reaction to a pandemic devastated state of a national party? Is this the way to ensure people’s safety?

It has to be seen if Mamata Banerjee decides to choose peace as an alternative. She has earned a massive mandate. The people of the state have kept their faith in her, not just to thwart the BJP, but to ensure safety and health. Mamata has to ensure some out-of-the-box thinking. It is a good thing that oxygen producing industries—such as the Durgapur Steel Plant—are in close proximity to the state’s capital and other areas. A feeder line, with adequate tankers, should be put in place. Mamata needs to learn from the disasters of Delhi and Mumbai, and how the two mega cities are gasping for breath.

The CM, in her third term, has to realise that none of the top hospitals of Kolkata have oxygen plants on the premises. Ventilators were in short supply earlier, and there is no reason to assume that they will suddenly be plentiful now. There needs to be a total overhaul of municipal facilities. Dead bodies have been lying in homes for up to 21 hours before some municipal or private vehicle cares to remove it. Dead bodies have been lying alongside recovering Covid-19 patients in hospitals for hours on end, and a major hospital—the Peerless Hospital, on the eastern fringe of the city—has just shut shop, with most of its staff having tested positive.

If these are not worrying bits of statistics, what is? The people of West Bengal, however alive they are to political developments, have probably had enough of this. They want to live, they want their families and loved ones to live.

Then Mamata will have to address another elephant in the room—the economic revival of the state. She had done a humongous amount of social good in her second stint as chief minister. But she failed to provide any impetus to industry and trade. That has been the most neglected part of the economy, especially the MSME sector, in which the state has been foremost in the country. That is the big priority. A life without a livelihood will be worse than death.