War of the Anchors

The Gujarat riots of 2002 claimed an unacceptable number of victims and provided journalists covering the event with major challenges, including threats to life. Now, those challenges have led to a war between two of India’s best-known English news anchors—Republic TV’s Arnab Goswami and India Today TV’s Rajdeep Sardesai. The provocation is a video that has emerged which shows Goswami talking about a harrowing experience that he and his colleagues underwent during the Gujarat riots. Goswami is seen narrating how his office car was surrounded by group of trishul-wielding haters on a killing spree, who stopped them to ask their religion. Fortunately, Goswami says in the video, there was no one from the minority community so they were allowed to go. That was provocation enough for Sardesai, who was a senior colleague of Goswami’s while they were both in NDTV in 2002, to thrash Goswami’s claims and declare that it was he (Sardesai) who had faced such threats and that Goswami was not even in Gujarat during that time. In a tweet, Sardesai says: “Wow! My friend Arnab claims his car attacked next to CM Res in Guj riots!” Truth: he wasn’t covering Ahmedabad riots!! Sardesai did cover the riots and wrote a book on his experiences and, as the more senior of the two in NDTV, he would have known if Goswami had also been assigned to cover Gujarat. Anchors reporting news is now being replaced by anchors making news. 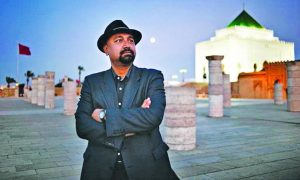 Questions continue to swirl around the real reason for the abrupt resignation of Hindustan Times editor-in-chief, Bobby Ghosh. The theory that it was because of the Hate Tracker column he had introduced which embarrassed the government gained ground with the email sent to all staffers from Geetaka Rustogi of the Multimedia Content Management Division which said: ‘’Kindly don’t RT any hate tracker related tweets till further notice.” The column no longer exists. Now, there is another possible reason—a prominent front page apology the paper carried last week for a story it had run six months ago on attendance of MPs in the Lok Sabha. The editor, Ghosh, had been summoned to parliament and asked by the concerned committee to correct the facts which apparently were wrong. The apology published the corrected attendance figures. It was a major embarrassment for the paper. 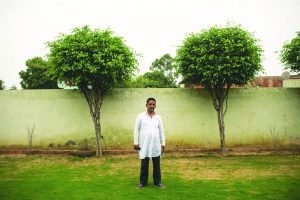 It took a story in a foreign paper, The New York Times, for the Indian police to finally arrest a man and charge him with murdering his wife. The article, titled “How to Get Away With Murder in Small-Town India”, described the death last year of a woman, Geeta, in the remote village of Peepli Khera in Uttar Pradesh. The reporter had been travelling through the area and came across the case where a woman had been bludgeoned to death, there were plenty of witnesses, but no one had been arrested despite a neighbour having said she had seen the victim cowering in a bathroom while her husband, Mukesh, brought a bamboo stick down on her, again and again. Geeta died on the spot. Another half a dozen witnesses told The Times reporter that investigating police officers had quickly closed the case, releasing Mukesh after a few hours of detention. Several witnesses said they suspected that Mukesh’s family had bribed senior officers at the police station. After the article appeared in the NYT, however, Mukesh was arrested and charged with murder. The case had been reopened after the district’s senior superintendent of police received a copy of the NYT article and ordered an inquiry.