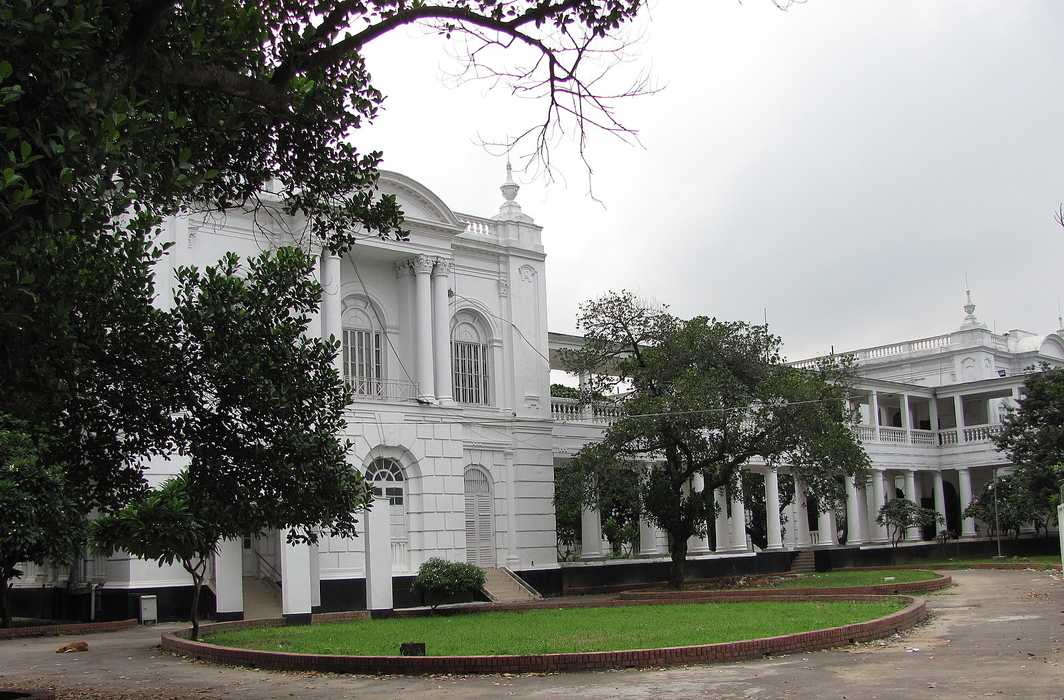 Above: The ICT building in Dhaka

The Bangladesh International Crimes Tribunal, which was established after the Awami League came to power in 2009, investigated and prosecuted suspects of the genocide in 1971 and recently sentenced five to death

Before its birth in 1971, Bangladesh witnessed one of the worst genocides by the Pakistan army and its local collaborators when a large number of freedom fighters were killed. However, it took years for the Bangladesh government to punish all those who sided with the erstwhile Pakistan government and opposed the demand for autonomy. Finally, on October 15, the Bangladesh International Crimes Tribunal (ICT) sentenced five people to death for committing crimes during the Liberation War in 1971.

During the nine months of the Bangladesh Liberation War, the Pakistan army and its collaborators targeted a huge number of people, intellectuals and the Opposition. Historians estimated that some two lakh women were raped, leading to an estimated 25,000 war babies being born. Some three million were killed and 10 million refugees entered India.

When the Awami League came to power in 2009, it decided to establish the Bangladesh International Crimes Tribunal (ICT) to investigate and prosecute suspects of the genocide. The ICT completed its report in 2010 and identified 1,600 suspects. The first indictments were issued in 2010. However, the main perpetrators of the war crimes, Pakistani soldiers, remained beyond the reach of the ICT.

It was in 1973 that the newly formed government of Mujibur Rahman passed the International Crimes (Tribunals) Act (ICT Act, 1973) to authorise the investigation and prosecution of those responsible for the genocide. The Act, amended in 2011, provided that a political party that had worked against the liberation of Bangladesh could be tried on the same charges as individuals. It also authorised the government to file appeals if the Tribunal ruled for acquittal of a suspect.

By 2012, the ICT indicted nine leaders of the communal Jamaat-e-Islami and two leaders of the Bangladesh Nationalist Party for war crimes. Three leaders of the Jamaat were first tried; each was convicted of several charges. The first was Abdul Kalam Azad who fled from Bangladesh and was tried in absentia and subsequently sentenced to death in January 2013. Azad, a former member of the Jamaat, was charged with genocide, rape, abduction, confinement and torture. The police believes he is in Pakistan. The assistant secretary general of the Jamaat, Abdul Qader Molla, was also tried in absentia as he had fled to India and was sentenced to death by the ICT. The Jamaat opposed the verdict and there were violent protests. Till now, five have been hanged for these crimes.

While the formation of the ICT was supported by citizens, it was opposed by various political and social organisations within Bangladesh and when the trial began, several human rights organisations and international legal figures raised objections to the court proceedings. The ICT was criticised for issues of fairness and transparency, as well as reported harassment of lawyers and witnesses representing the accused. Jam­aat-e-Islami supporters demanded the scrapping of the Tribunal as they suspected that a large number of its cadre would be tried for crimes.

Recently, the ICT, headed by Justice Mohamed Shahinur Islam and comprising Justices Amir Hossain and Abu Ahmed, found that all the five who were sentenced to death in 1971 were involved in supporting Pakistani rulers and were active members of the Jamaat. They were Mohammed Ranju Miah, 60, who was present. Apart from Miah, the other four convicts were Abdul Jabbar Mondo, 86; Jachjar Rahman alias Khoka, 64; Abdul Wahid Mondol,62; and Montaz Ali Bapari alias Momtaz, 68.

The court asked the police to arrest them at the earliest. When the court was pronouncing its judgment, one of the convicts, Miah, was present. The other four are in hiding and were tried in absentia. All the five were sentenced to death for abducting a Hindu man and two Hindu women from Bishnupur village under Sadar Thana Gaibandha in June 1971. They tortured the man in confinement and murdered him and converted the women to Islam. They also compelled 330 to 400 Hindus to leave the country and go to India. They also detained seven freedom fighters and tortured and killed them. The five will be allowed to appeal in the Supreme Court.

Following the verdict by the ICT in 2013, large-scale protests started in Dhaka, with demonstrators calling for the death penalty for those convicted of war crimes. Against all death penalties, the petitioners were given the opportunity to go to the Supreme Court and it upheld the judgments of the ICT. The Supreme Court overturned the life sentence and imposed the death penalty on one Abdul Quader Mollah who was executed on December 12, 2013, in a Dhaka jail, the first person to be put to death for the events of 1971. The Jamaat called it a “political killing”. In 2013, Delawar Hossain Sayeedi, the deputy of Jamaat, was found guilty of genocide, rape and religious persecution. He was sentenced to death by hanging. Thus, a large number of Jamaat-e-Islami workers who sided with Pakistan were punished.

But the people welcomed the decision of the ICT though Human Rights Watch, who initially supported the establishment of the Tribunal and recommended amendments to it, questioned the procedures adopted for prosecution. Some accused PM Sheikh Hasina Wajed of using the ICT to crush the Jamaat-e-Islami. In the coming days, more and more war criminals will be punished by the ICT.

“ICT is an institution and its formation, as late as 2009, went on to prove that those who were involved in genocide would not be spared. The punishments awarded to them will remain an eye-opener and a tribute to those who sacrificed their lives for Bangladesh,” said Mohammed Dulal, a transporter.