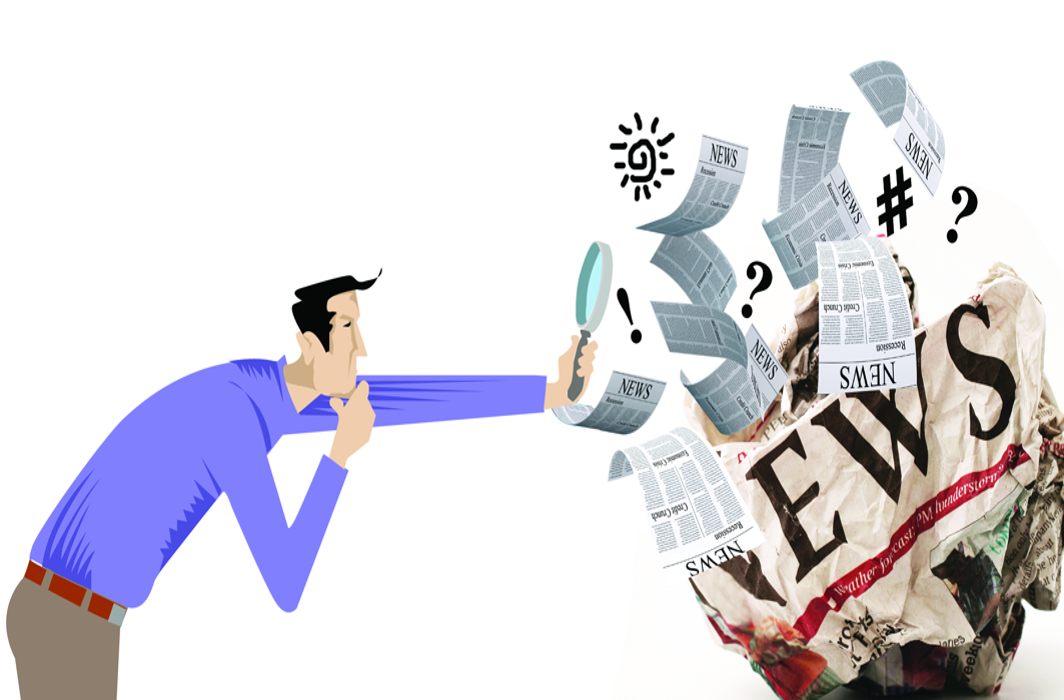 Solid sources and some healthy scepticism can help

Remember when 318 people were shot in Chicago on Halloween 2015 and former President Barack Obama declared a state of emergency in the city? Or when Hillary Clinton ran a child sex-trafficking ring from the basement of a Washington, DC, pizza parlour? Or when first lady Melania Trump used a body double in public appearances?

All these events received news coverage. All were fake.

It’s troubling how much traction false news can get. Like when major news sources splashed headlines over the Trump administration’s claims that Chicago’s gun violence was occurring in a “city with the strongest gun laws in our country.” Not true, either. Local media have countered that claim time and again. The nonpartisan political fact-checker PolitiFact called President Donald Trump’s comments about this “Pants on Fire!” the worst rating on its Truth-O-Meter.

So how do you tell the difference between real and false news? Or, as a CNN commercial about this issue put it, an apple from a banana?

Experts who study media and the rise of misinformation say you should approach all the news you read with a certain level of doubt, said Dan Gillmor, a professor at Arizona State University’s Walter Cronkite School of Journalism and Mass Communication.

“Part of what we have to do ourselves is to create an internal speed bump, where we say, ‘Just wait a minute’ before you believe anything,” Gillmor said.

A healthy level of scepticism is key. Prominent political rhetoric right now, including from Trump, is troublesome, as the president and others sometimes label stories from even the most rigorous news organisations as fake when they’re not.

The more sensational a news item sounds, the more sceptical you should be, Gillmor said. That is no simple task. But journalism that is critical of ideas or figures you already dislike should provoke heightened scepticism, he said, because, “We like it when we see information that confirms our internal beliefs.”

It’s also wise to seek out trustworthy news organisations, though that’s easier said than done in a world in which we often encounter stories on platforms that make their origins unclear and in which unfamiliar and, in some cases, ideologically driven news sources proliferate. Information comes to us from friends, family, co-workers and via algorithms, as well as from websites we visit, TV news we watch and newspapers we read.

“All of that is just one really huge combination of disparate sources, disparate information coming from credible and often uncredible places,” said Craig Silverman, media editor at BuzzFeed News, who writes about misinformation.

So audiences shouldn’t give all news sources the same weight.

“If (news organisations) are not applying reporting, and they’re not willing to report things that are inconvenient to their perspective, then they’re probably not very reliable,” Silverman said.

False news is also often twisted to present a story that triggers you emotionally, whether that’s anger or sadness, Silverman said. “If they can do that, then the chances of you reacting to it by liking it or retweeting it are much greater.”

So, you need what Silverman calls “emotional scepticism” as well.

Fake news creator Jestin Coler knows misinformation tactics well. He was behind prominent fake news sites like the Denver Guardian, which made headlines just days before the 2016 presidential election with a false story about an FBI agent found dead in a murder-suicide after investigating Hillary Clinton’s private email server. Coler recommends examining the “about,” “staff” and “contact” pages for legitimate information, as well as double-checking the URL structures of the websites you visit to determine who is behind the site and their agenda.

“A common technique in the fake news industry is to create sites that mirror well-known domains/site names but use visual tricks (extra domain extensions like ‘.com.co’ or ‘.com.de’) or similar names,” Coler told ProPublica Illinois in an email.

Major tech platforms like Google and Facebook are attempting to help separate fact from fiction after facing criticism for their inaction, but the internet is still, to a large extent, the Wild West. Gillmor, however, is cautiously optimistic.

“I hope we’re heading in a better direction,” Gillmor said “But it took a long, long time to dig the hole we’re in. And it’s going to take some time to get out of it.”