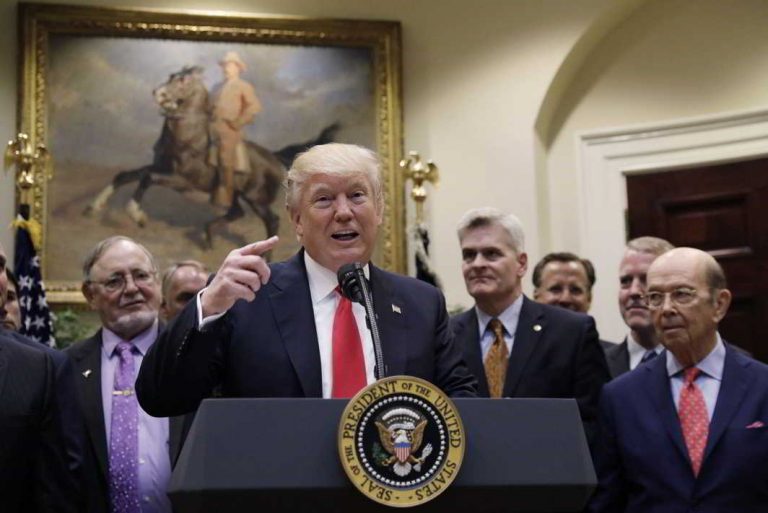 U.S. President Donald Trump who spent decades as a businessman telling vendors, contractors and consultants to sue him because he wouldn’t pay in full what they had agreed upon, is trying the same tactic with both a Congressional impeachment inquiry and with a longtime military ally in the Middle East.

He angrily complained that he doesn’t like the way the impeachment probe is being conducted so far. Perhaps his most fascinating point was that Trump wasn’t given the right to cross-examine witnesses. Cippilone says that makes the impeachment inquiry “unconstitutional.”

Impeachment is not a criminal law issue. The US Constitution gives the House of Representatives “sole power of impeachment,” meaning freedom to conduct an impeachment process anyway it wants.

Impeachment is the indictment phase.  An impeachment trial is conducted by the U.S. Senate and that is where Trump’s legal team gets to interact with a witness.

The president was in full Trump mode when offering an explanation of his decision to abandon the Kurdish fighters in Syria who worked with the US to fight against the ISIS Caliphate. He did this after discussions with Turkish President Tayyip Erdogan who wants to eradicate any Kurdish fighters, considering all Kurds to be anti-Turkey. Quoting from a rightwing periodical he said, “As somebody wrote in a very powerful article today, they didn’t help us in the Second World War, they didn’t help us with Normandy,” the invasion of Europe in 1944. Of course the Kurds were not a nation then and still are not.

After a phone call with Endogen he ordered US Troops out of the region, allowing Turkey to begin a military offensive against the Kurds. The president initially defended the decision as part of his longtime promise to end U.S. military involvement in the region. Even his staunchest supporters decried his leaving an ally to fight another U.S. ally.  Which makes this tweet seem absurd: “we may be in the process of leaving Syria, but in no way have we abandoned the Kurds, who are special people and wonderful fighters.”

In the professional judgment of Wendy Sherman, an undersecretary at the State Department during the Obama administration, the decision “has put us on the brink of causing genocide in Syria.” Informally, many Americans agree it suggests the impulsiveness and the transactional, quid pro quo-ness of the president, the exact traits he continuously denies exhibiting.

That “transactional” charge is based on the Trump family’s continuing business entities and interests, all in a trust his children control while he remains the chief beneficiary.  Trump and his family have long done business in Turkey, The most visible example looms over the skyline of Istanbul, Trump Towers, which licensed the Trump name for a reported $10 million.