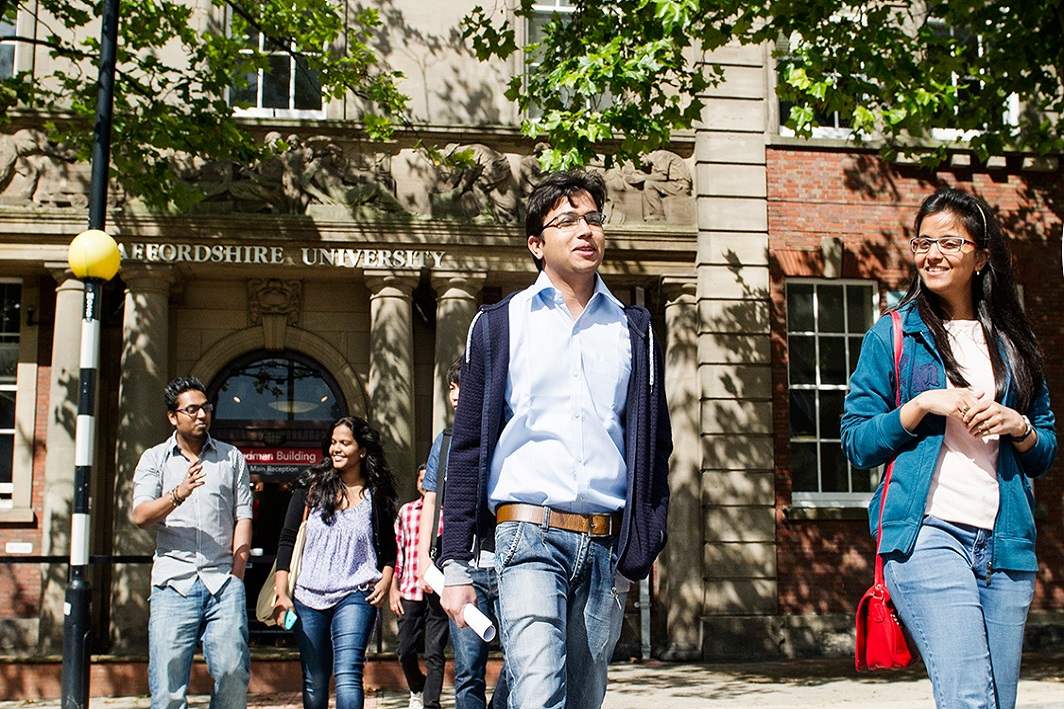 If an amendment to the immigration bill is tabled in the British parliament, it could correct current figures of international students in the country and lead to more visas being issued

Indian students wanting to come to the United Kingdom (UK) for further studies may soon have something to smile about. An amendment to the immigration bill removing international students from migration figures is likely to be tabled in the British parliament this spring, leading to more student visas being issued and even the possibility of Post-Study Work Visas being reinstated.

The support for international students has come not just from educational institutions and the Labour Party, but surprisingly from high-profile Conservative MPs and chairpersons of select committees who see the British education sector as a soft power and would like to see the UK welcoming students once again.

Their ammunition for the amendment has come from the data collected by the Office of National Statistics (ONS) which found that 97 percent of foreign students who came to Britain to study left the country as soon as their courses were finished and only a small number overstayed their visas. International students are one of the largest groups of immigrants in the UK and by being counted in the official immigration figures, it is creating the false impression of very high levels of migration to the country.

Nicky Morgan, a Conservative MP and former education minister, claimed that even people who “pushed most ardently for immigration caps or limits to free movement did not think students should be included in any crackdown. People realise that students are in a group of their own”. She described the education sector as a key British export which should be encouraged. She is not alone and critics of the policy are increasing even within the ruling party.

However, Prime Minister Theresa May, an ardent supporter of curbing immigration, remains determined not to change the system. The prime minister’s spokesman insisted that the position had not changed, arguing that the international definition of an immigrant was someone who arrives for a period of more than 12 months.

May, from the time she was home secretary during her predecessor David Cameron’s prime ministership, was determined to bring immigration figures down into the tens of thousands from both the European Union and non-EU countries. The Brexit referendum was essentially fought on the issue of immigration, with Leave supporters believing the false narrative that immigrants were swarming the UK, taking their jobs and putting a strain on public facilities like education, health and housing.

As the post-referendum prime minister determined to take Britain out of the EU, May has kept the focus on curbing immigration and the net migration figure has dropped to just under 2.5 lakh in 2017, nearly a lakh less than the corresponding figure for 2016. In fact, the flow of EU citizens out of the UK since Brexit has been the highest for nearly a decade. Sir Vince Cable, the leader of the Liberal Democratic Party, called it “evidence of economically damaging Brexodus of EU workers”.

India now sends the fourth largest number of students to British universities—well behind China and competing with Malaysia and the US. Indian student numbers have decreased by a whopping 44 percent in the last five years. Pandering to anti-immigration rhetoric, May, as home secretary, changed visa rules and abolished the Post-Study Work Visa scheme in 2012. This scheme gave international students two years to work in the UK after graduating, honing the skills they had acquired and also earning them some money to pay back the huge loans many had taken at home to finance the hefty fees charged by UK universities. As soon as the scheme was abolished, the number of Indian students started dropping and today it stands at around 15,000 for the whole country, compared to earlier when there were around 17,000 Indian students attending London universities alone.

London Mayor Sadiq Khan on his recent trip to India had promised businessmen, entrepreneurs and particularly students that they would always be welcome in his city, even post-Brexit and that “London was open” to all. He received a lot of complaints against the new visa rules from prospective students in Mumbai.

“London will always be a city full of opportunity and one that embraces people of different nationalities, faiths and backgrounds. As Mayor of London, I will do everything in my power to make London as warm, welcoming and accessible to Indian students,” said Khan. He and his Labour Party have been the most vocal critics of May’s immigration policies.

The British Council too has described the declining figures as “alarming” and university leaders have urged the May government to present a “welcoming climate” for foreign students and warned that immigration rules needed to be “proportionate”. Cable, who served in Cameron’s cabinet alongside May, said that he spent five years trying to persuade the Home Office not to crack down on foreign students as the “figures they were using as evidence were bogus, but they persisted nonetheless on the basis of these phoney numbers”.

An impression had been created that around one lakh foreign students were becoming illegal immigrants each year by either overstaying on their student visas or committing visa fraud by obtaining visas to study at fake institutions.

However, the latest figures by exit checks on British borders show that only 4,600 students overstayed their visas last year. A huge disparity between the estimated and real figures!

“I would hope that the prime minister would not just apologise to students, many of whom paid large fees and even found themselves deported in some cases, but simply acknowledge that figures are grossly distorted and wrong,” said Cable.

Bob Neill, Conservative MP and chairman of the Select Committee for Justice, is another vocal critic of May’s immigration policy. “I think there is no point including something in the figures that is artificial. The real objection was bogus colleges but they have been dealt with. There is no issue with bona fide students coming here—it strengthens our international ties. It should be a no-brainer for a government that wants to be pro-business and have a global outlook,” said Neill.

Even with the pressure mounting against her on this issue, May remains adamant. Despite her weakened position ever since she announced a snap poll last year and returned to power with a reduced majority, May has been a lame duck prime minister.

A leadership challenge is imminent and May is doing whatever she can to stave it off. A recent cabinet reshuffle in which Indian-origin Rishi Sunak, a young rising star of the Tory party and the son-in-law of Infosys founder Narayana Murthy, found a place as a minister for housing, was called “shambolic” by her own party members. A senior Tory MP branded May “pathetically weak”, while another claimed she had “failed to re-assert her authority”.

With so many critics within her own party, if the immigration bill is brought to parliament without the amendment, Home Secretary Amber Rudd fears that there are enough potential rebels to inflict a defeat on the government.

This would definitely not look good for May and may become the excuse for her leadership to be finally challenged. It would be very ironical if immigration—the issue that won the Brexit vote and brought May the prime ministership—also became her Waterloo.