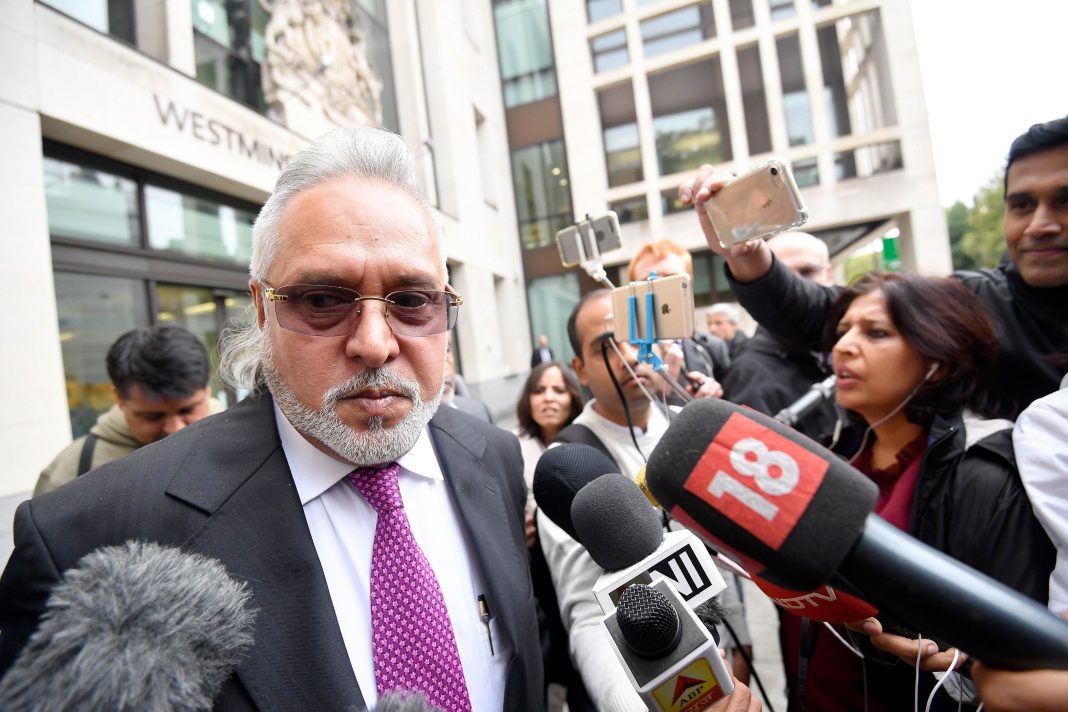 Above: Vijay Mallya outside the Westminster Magistrates’ Court in London/Photo: UNI

Though the Modi government has been exultant about getting hold of Vijay Mallya, its jubilation could be short-lived as it will take quite some time before he is lodged in Arthur Road Jail

Even though India is patting itself on the back for having got an extradition order against Vijay Mallya, the self-styled “King of Good Times” is not going to be occupying a cell in Arthur Road Jail in Mumbai anytime soon.

There is every expectation that the flamboyant businessman will appeal the judgment of the Westminster Magis­trates’ Court in London and he is bound to go to the Court of Appeals in the UK within the next 14 days. “Let the lawyers decide what we are going to do. The judge told me it’s a long process. She told me of my right of appeal. She also said very generously that I have a good legal team who will give me good advice going forward,” said a rather subdued Mallya as he left the Westminster Magistrates’ Court on December 10 after the judge pronounced her verdict.

Chief Magistrate Emma Arbuthnot, who began hearing the case about a year ago, was very thorough in her judgment, which at around 472 paragraphs, was the size of a small book. Arbuthnot described the 62-year-old Mallya as a “glamorous, flashy, famous, bejewelled, bodyguarded, ostensibly billionaire playboy” who “charmed and cajoled” bankers into “losing their common sense and persuading them to put their own rules and regulations to one side” while giving him loans to the tune of Rs 9,000 crore.

In the well-argued but devastating judgment, Arbuthnot said she found a prima facie case of conspiracy to defraud, involving executives of Mallya’s Kingfisher Airlines (KFA) and IDBI bank officials. She accused Mallya of misrepresenting how loans received from the banks would be used and misleading the banks about the fortunes of KFA. “He (A Raghunathan, the former chief finance officer of KFA) is implying that KFA is suffering the same problems as the other companies involved. From the email correspondence in September 2009, it is, however, clear that, in fact, they are not expecting KFA to emerge profitable in the mid-term,” wrote Arbuthnot.  “Mr Raghunathan represents that the loss for the financial year 2009 is around Rs 1,600 crore. On the face of it and according to the emails, this is a misrepresentation as the actuals show a loss of Rs 2,155 crore.”

The chief magistrate also pointed out that two different valuers evaluated the KFA brand and each gave a very different amount. “Only the highest was sent to IDBI with the letter of 1st October 2009,” said Arbuth­not, clearly showing a misrepresentation on the part of Mallya. Reacting to the verdict, Mallya said: “It’s unfortunate that the judge found a prima facie case that I had made misapplications to IDBI Bank and persuaded them to loan money. Be that as it may, the judge is entitled to make whatever judgment she thinks fit.”

Arbuthnot argued that she found clear evidence of dispersal and misapplication of the loan funds and a prima facie case that Mallya was involved in a conspiracy to launder money. She accused him of “using KFA loans to fund anything that became due to be paid” and the payments “included what some might say were two vanity projects, the Formula 1 racing team and a corporate jet for his own use”.

Going into more detail, the judge said: “The timing of the payments were significant, in 2009 and 2010, payments were made by KFA to Force India at a time it was struggling to remain in business. Money from the loans was transferred to Axis Bank, then went to HSBC in London, they were said to be payments in relation to flights but the funds were transferred to the racing team.”

The judge also came down heavily on the banks, saying they did not do due diligence and effectively bent the rules. “If the criteria for lending to KFA had been applied, if the background checks had been carried out, the loans should not have been granted. If the end-use certificated and all the other post sanction conditions applied, the loans would not have been misapplied in the way they were,” she said.

Just before KFA finally shut down in 2012, the clever businessman had even suggested that the Indian government bail out the struggling airline so that jobs of the airline staff could be saved. However, then Prime Minister Dr Manmohan Singh had not given the request any cognisance.

The KFA staff, who finally lost their jobs, are still owed crores of rupees in unpaid salaries. After receiving the extradition order, Mallya reiterated his settlement offer before the Karnataka High Court which he had flagged a few days earlier. He insisted that he had made clear that it should be accepted and that he wanted former KFA employees to be paid first and then his other creditors. He had hoped that his offer to pay his dues would go in his favour in the extradition case, but clearly it didn’t.

The chief magistrate also rejected the defence’s suggestions that a false case was being mounted against him or that it was politically motivated. “I find that because both the Congress and the BJP are blaming him and others for the state banks’ losses that does not mean that he is being prosecuted for his political opinions, even in the wide sense of the word,” said Arbuthnot. Mallya’s lawyers had argued that he would not receive a fair trial in India because of political interference but the judge rejected this, saying she did not “accept that the courts in India are there to do what the politicians tell them to do”. She went on to give the Indian judiciary her seal of approval, saying: “I do not find any international consensus which would enable me to find that the judges in India are corrupt.”

Judge Arbuthnot gave a detailed preview of the cell in Barrack No 12 Arthur Road prison that Mallya would be kept in once he reaches Mumbai.

She said she was satisfied with assurances provided by the Indian government about both the living conditions and the medical care he would receive. However, her acceptance came with a warning to the Indian government that it should know that “if the assurances are broken, they will be very publicly broken. Extradition arrangements work on the basis of trust and any failure to abide by the assurances would doubt­lessly affect the trust between this court and the GOI”.

Ever since the UK and India signed the extradition treaty in 1992, India has succeeded in getting only one person extradited—Samirbhai Vinubhai Patel. He was wanted in one of the 2002 Gujarat riot cases and  wanted to return to India as he believed he would receive political protection there. Interestingly, Patel was extradited in October 2016 under the current dispensation, but neither the Modi government nor the BJP trumpeted it as a huge success. In fact, Patel was brought back very quietly and lodged in a jail in Gujarat.

The British courts will be going for Christmas recess on December 21. Hence, Mallya’s lawyers will have to file their appeal very quickly.

According to Sarosh Zaiwalla, founder of Zaiwalla and Co, the first Indian to start a legal firm in the UK, Mallya’s appeal in the Court of Appeal “could take months for the case to be heard as it gets very clogged up”.

If it goes against him, then Mallya has the right to appeal to the Supreme Court which could take up to a year. Of course, the same rights of appeal also apply to the Crown Prosecution Service which has been fighting the case on behalf of the Indian government. When asked how likely it is for a Court of Appeal to overturn the verdict of a lower court, Zaiwalla replied: “It is not uncommon.”

If Mallya were to lose all the appeals, then the extradition order would go to the British home secretary who is currently British-Pakistani Sajid Javid. According to Zaiwalla, it is impossible for the home secretary to overturn the judgment as it would be unlawful.

In this scenario, the Indian government still has a long wait before it can bring Mallya home. If Mallya does not decide to appeal the order, then Javid has two months to order the extradition. In that case, Mallya would be back in India just as the 2019 election campaign gets underway.