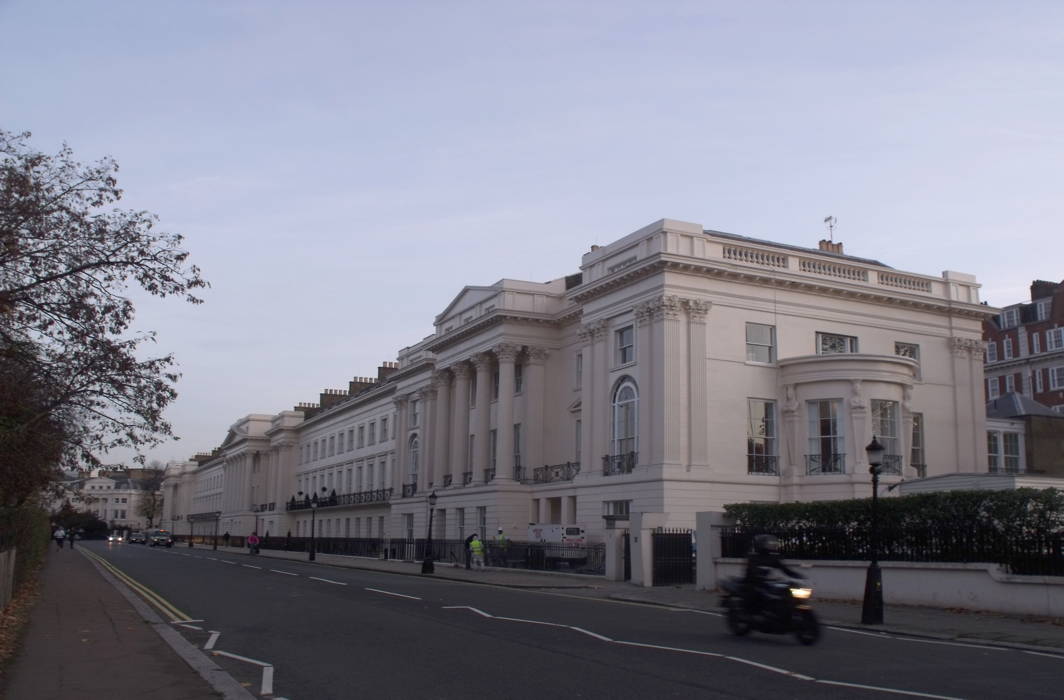 Above: Mallya has a mansion in Cornwall Terrace in London

Vijay Mallya is turning out to be a serial defaulter of loans from banks around the world. Even as his loans worth Rs 10,499 crore (£1.14 billion) from 13 Indian banks remain unpaid and are the cause of ongoing cases in British and Indian courts, Swiss bank UBS AG is trying to foreclose on a £20.4 million (Rs 195 crore) mortgage that Mallya took on his London house.

The UBS Group has applied for possession of the multi-million pound mansion in the UK High Court and has urg­ed that the ex-business tycoon be evicted from the property on the grou­nds that the mortgage has expired and has not been repaid. According to the bank, Rose Capital Ventures, owned by the Mallya family trust, took out an interest-only, five-year mortgage on the property for £20.4 million in March 2012. How­ever, the loan has remained unpaid and therefore, the bank has applied for possession of the swanky house.

“At the end of the day we’re simply sa­ying you haven’t paid your mortgage loan, as per the term, thus we seek a remedy given to us, which is possession,” UBS’ attorney, Thomas Grant, told the London court. The bank demands that Mallya, his mother, Lalitha, and son, Siddharth, who live in the house, sho­uld vacate it immediately, and if they don’t, the Court should have them evicted.

The townhouse overlooking London’s iconic Regent’s Park and a stone’s throw from Mayfair—one of the most expensive areas in the heart of London—is one of three homes that Mallya has been living in ever since he took refuge in the UK after fleeing India in March 2016. Mallya and his family also reside at their country estate of Lady­walk and Bramble Lodge in Tewin, Welwyn, Hertfordshire, 30 miles north of London.

The freehold rights to the townhouse, 18/19 Cornwall Terrace, are owned by Queen Elizabeth II through the Crown Estates, but Mallya bought the lease through Rose Capital Ventures in October 2005 for £5.4 million. The house was initially used as offices for Mallya’s various companies, but when he took out the current mortgage in 2012, the self-styled King of Good Times had told the bank that he hoped to turn the site into a “beautiful palatial property” that would be “very fancy”.

Ac­c­ording to London real estate companies, the area is known to be “an oasis for wealthy, cultured people” and is one of the “most cherished addresses” in the city.

The case by UBS AG against Rose Capital Ventures Ltd, a company incorporated in the British Virgin Islands, and other parties, is being fought in the High Court of Justice, Business and Pro­perty Courts of England and Wales. This case is completely separate from the cases Mallya is fighting in other British courts for criminal fraud, defaulting on loans and avoiding extradition to India.

The other parties in this case are Lalitha Mallya and Siddharth Mallya who are all beneficiaries of the trust that owns Rose Capital Ventures Ltd. According to earlier court filings, Mallya, Siddharth and Lalitha have a right to remain in the London house under “an irrevocable contractual licence” from Rose Capital which holds the property for them.

In a bid to prevent his creditors from getting hold of his assets, the wily tycoon has managed his affairs in such a way that very little is in his name. In a December 2017 affidavit in one of the other cases, the 62-year-old stated that he has “no interest in any of the three properties” in the UK where he stays. According to Mallya, his Hertfordshire estate is in the name of his children, while the London home is in his mother’s name.

Earlier this year, one of the courts said that enforcement officers could enter Mallya’s homes and seize whatever assets belonged to him in order to recover the £1.14 billion that he owed to Indian banks. However, they could not touch the properties as they do not belong to Mallya. “They are entitled to take my assets in my name declared on oath to the court. They can’t go one step beyond that,” Mallya had said then.

According to the filings in the Court, UBS alleges that the amount owed by Mallya to it, as of September 1, 2017, is £20,718,236 (Rs 198 crore). The bank says it called in the loan early in June 2016 as it decided to “terminate its relationship” with Mallya and “associated entities” after he was identified as a “wilful defaulter” over the loans he took for his now-defunct airline, Kingfisher Air­lines.

When the bank terminated the mortgage, it appointed receivers who started proceedings against the four defendants and the housekeeper for the property’s possession in November 2016. The hou­sekeeper left the premises after a June 2017 court order, but the others rem­ained.

Once the five-year loan expired in March 2017 and the outstanding amount of £20.4 million remained paid, the proceedings by the receiver were stayed and UBS decided to move court to take possession of the property and sell it to recover its monies. Mallya is “one of, if not, the largest individual judgment debtor in British history,” UBS told the Court, and the bank “wanted its money back”.

Rose and Mallya’s lawyers, on the other hand, argued that UBS had foreclosed the mortgage and offered them no explanation, having previously given them “a legitimate expectation” that the bank wouldn’t do so. This was “wrongful” and thus Rose Capital was unable to repay the loan. Mallya’s barrister, Jonathan Gavaghan of Blake Morgan LLP, denies UBS has rights to the property. He claimed that Rose Capital had continued to make interest payments and UBS had not given a legitimate reason for calling in the debt early.

The hearings over the London house are continuing and the bank is expected to file an application to strike out any claim that the Mallyas’ rights to remain in the property take priority over the mortgage. Meanwhile, the UK court is to deliver its verdict on Mallya’s extradition to India on December 10.