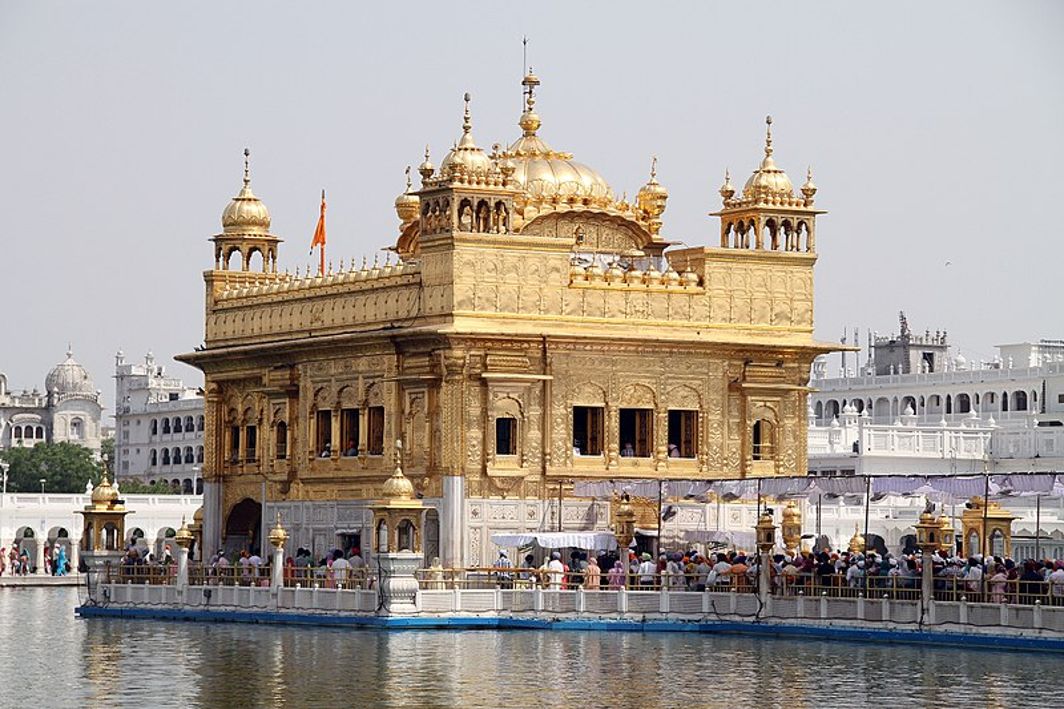 Above: The Golden Temple in Amritsar, which was stormed by the military under orders from then Prime Minister Indira Gandhi in Operation Blue Star/Photo Courtesy: Wikipedia

In what has been described as a “Kafkaesque” tribunal hearing, the British government has opposed the declassification of any more documents relating to its involvement in the controversial Operation Blue Star at the Golden Temple in Amritsar in 1984. During the “open” and “closed” sessions, the counsel for the Cabinet Office argued against making any more documents public on the grounds that they would harm national security and UK-India relations, as well as hurt Indian sensitivities, past and present, about Sikh separatism.

Freelance British journalist Phil Miller, who has been investigating the exact nature of the assistance given by Margaret Thatcher’s Conservative government to her Indian counterpart, Indira Gandhi’s Congress, has challenged the Commissioner’s decision. Miller believes that the British government could be covering up a deal which sacrificed “human rights for trade”.

Miller’s counsel from Irish human rights law firm KRW Law, which has undertaken the Freedom of Information (FOI) appeal on a pro bono basis, told the Tribunal that “serious human rights abuses were committed against the Sikh community in India” and that the disclosures were necessary to understand the wider factors influencing the relationship and the context of what was done.

Details of Britain’s involvement in Operation Blue Star first came to light in January 2014 when Miller was researching Cabinet Office papers which were published under the UK’s 30-year declassification rule. He found two letters at the National Archives in London that mentioned the visit of a Special Air Service officer of the British army to India in 1984. It piqued Miller’s interest.

As soon as the revelations were made, then Prime Minister David Cameron, also a Conservative and an admirer of Thatcher, ordered his cabinet secretary, Sir Jeremy Haywood, to review the findings. Less than a month later, the inquiry concluded that although Britain sent an officer to India, the “actual operation implemented by the Indian army differed significantly from the approach suggested by the UK military officer”. It said that the UK’s role was “purely advisory, limited and provided to the Indian government at an early stage in the planning” and also had “limited impact”. It further said that the British government “did not link this military advice to defence sales”.

Believing the inquiry to be limited in scope and a possible whitewash, in December 2014 Miller made requests for further papers dealing with the Operation to be made public which were declined. The matter reached the Cabinet Office in 2015 and after six months of sitting on the request, it too said no. Undeterred, Miller then approached the Information Commissioner, who turned down his appeal after a year. It was then that Miller turned to the First Tier Tribunal, where the case was put up for hearing only after a year due to a variety of reasons, including witnesses being senior and busy officials.

Barton’s evidence was taken in a closed session which excluded even Miller’s legal team. Jenkins, part of whose testimony was open to the public, emphasised that documents relating to Operation Blue Star were not “historical” but had “very live interest”, referring to the attack in 2012 on Lt Gen KS Brar in London. He also fielded questions on why documents requested by Miller were not being released when others relating to sensitive conversations between Thatcher and Mrs Gandhi’s emissary, LK Jha, could be made public. Jenkins insisted that only a “small sub-section of the file” had not been released.

During the hearing, it was also suggested that the two letters found by Miller may have been mistakenly declassified.

A large part of the hearing focused on issues around the Joint Intelligence Committee and whether freedom of expression exemptions applied to briefing documents for the Committee. According to Section 23 of Britain’s Freedom of Information Act, 2000, information held by a public authority is exempt from disclosure if it pertains to bodies, including security services, secret services and special forces, amongst others. The Cabinet Office’s counsel focused on Section 23’s exemptions and those relating to Section 27 of the same Act which dealt with impact on a diplomatic partner.

Summing up the conclusions of the FCO witnesses, the counsel said that the expectations of the Indian government would be that Britain would apply “particular importance to questions of confidentiality” and that there remained “particular sensitivities” around the issue of Sikh separatism. “The Indian government regards such separatist movements as a threat to the existence of the India state…with the highest order of sensitivity….the passage of time does not diminish the significance of this information in this case.”

However, Miller’s legal team argued that there was no longer a Congress government in power in India, which should facilitate Britain’s decision to release the documents. It pointed out that there was little evidence to suggest that the issue remained a highly sensitive political one in India with the potential to damage bilateral relations. It also brought up Britain’s failure to consult India on the 2014 disclosures and how it had no negative impact on diplomatic relations.

“Our understanding is that the BJP government of India has no objection to these files being made public. Yet, the British government continues to argue in favour of them remaining classified despite an overwhelming public interest in them,” said a spokesperson for KRW Law. Dabinderjit Singh echoed this and referred to a statement by Indian Home Minister Rajnath Singh that he favours papers relating to the 1984 operation being made public as a testimony to India’s openness. “As a British national, I want to know what exactly my government did in my name on an issue that is so relevant to the community,” Singh told the court.

Miller, author of a report “Sacrificing Sikhs: The need for an investigation” released last year, wants four more files to be declassified. “A public inquiry will allow us to understand how much Thatcher’s decision to send a military adviser to Amritsar in 1984 was motivated by trade and arms deals worth billions of pounds. It will also establish whether the UK military advice was really a one-off or in fact it continued throughout the period, even after the tragic events of June 1984,” said Miller. The Tribunal is expected to rule by July, with potential for further appeals.

The case coincides with the launch of a legal process for a judge-led public inquiry on British involvement in Operation Blue Star earlier in the week by the Sikh Federation (UK), also represented by KRW Law. Singh said that whatever the outcome of the ongoing Tribunal, it would help to build their case for a public inquiry.

The Labour Party has backed the demand and last year, its leader, Jeremy Corbyn, had written to Prime Minister Theresa May calling for an independent inquiry. Labour had included the issue as an election pledge in its manifesto for the June 2017 general election.

“There has been a massive cover-up and Parliament and the public have been disturbingly misled. An independent public inquiry to get to the truth is the only way forward,” said Bhai Amrik Singh, chairman of the Sikh Federation (UK).