Above: The luxury service between Pakistan and China began early this month/Photo: brecorder.com

A bus service between Pakistan and China has triggered an angry retort from India. The new service is aimed at easing travel between Lahore and Kashgar, the capital of China’s res­tive Xinjiang province in its far western border adjoining Pakistan.

The idea of a bus service between Pakistan and China is with an eye on connectivity and future movement of people and goods which is part of the China-Pakistan Economic Corridor (CPEC). The CPEC is at the heart of Chinese President Xi Jinping’s ambitious One Belt One Road initiative and aims to transform the backward Central Asian Republics through roads, bridges and ports into a thriving hub for trade between Asia and Europe. Many of these states, including Xinjiang, have seen the mushrooming of Islamic terror outfits. China hopes that development will help wean people away from terrorism and militancy.

China has been struggling to integrate this Muslim majority province with the mainstream. Incidentally, Kashgar was an important stop on the Silk Road. Caravans laden with silks and spices rested here on their journey through central Asia to Europe.

The new bus service between Lahore and Kashgar is slated for four runs per week from Pakistan. It will cross through PoK, which India regards as its territory. This is the reason Delhi has protested the start of the service. It is also why India has refused to be a part of China’s Belt Road Initiative (BRI). India views the CPEC as well as the bus service as an infringement on its sovereignty.

“We have lodged strong protests with China and Pakistan on the proposed bus service that will operate through areas of Pakistan-occupied Jammu and Kashmir state under the so-called ‘China-Pakistan Economic Corridor’. It is the Government of India’s consistent and well-known position that the so-called China-Pakistan ‘Boundary Agreement’ of 1963 is illegal and invalid, and has never been recognised by the Government of India. Therefore, any such bus service through Pakistan-occupied Jammu and Kashmir state will be a violation of In­dia’s sovereignty and territorial integrity,’’ MEA spokesman Raveesh Kumar said at his weekly news conference.

India can protest till the cows come home, but it will make no difference to either China or Pakistan. Delhi also knows that the chances of ever getting back PoK are non-existent, but it will continue to make the point as a maximalist demand that needs to be reiterated. Significantly, China’s foreign office spokesman’s reaction when asked about India’s protests was intriguing: “As for the bus service, I have not heard of the relevant information and I have not heard of complaints.”

Is this low-key reaction from China the after-effect of the Wuhan Summit? China is reaching out to its Asian neighbours as its ties with the US are taking a turn for the worse. At a time when the tit-for-tat trade war between Washington and Beijing is heating up, China does not wish to get into a slanging match with India on the issue of a bus route. Its focus now is how to buffer the oncoming headwinds of a trade war with the US.

President Xi is making the right moves in Asia. In October, Japanese Prime Minister Shinzo Abe visited China. With both Japan and China feeling the heat of a tariff war unleashed by US President Donald Trump, the bitterness over the disputed islands (Senkaku as the Japanese call them or Diaoyu, the Chinese name) in the East China Sea is on the backburner for now. A trade war would affect both China and Japan as well as the rest of the world. The effort in Asia is to insulate the continent from economic headwinds.

China is simultaneously engaged in mending fences with India. Last month, Chinese embassy spokesman Ji Rong issued a statement calling for a united fight by India and China against US protectionist policies. “Under the current circumstances, China and India need to deepen their cooperation to fight trade protectionism. As the two largest developing countries and major emerging markets, China and India are both in the vital stage of deepening reform and developing economy, and both need stable external environment. Practising unilateral trade protectionism in the name of ‘national security’ and ‘fair trade’ will not only affect China’s economic development, but also undermine the external environment of India and hinder India’s booming economy. China and India share common interests in defending the multilateral trading system and free trade.”

In the current flux in the international scene, countries are all looking to minimise the impact of a full-scale trade war between the two largest economies in the world. In the process, alliances are shifting as nations attempt to forge new ties in an uncertain world.

India is keeping all its options open. Despite growing closeness to the US, it has not abandoned its traditional friend­ship with Russia and is cementing ties with both Japan and South Korea. After nearly two years of difficult relations with China, resulting in the 73-day Doklam stand-off in Bhutan, both President Xi and Prime Minister Modi have vowed to improve frayed ties. So a process of churning and sifting is going on in Asia.

In all this change, one thing has remained constant: India and Pakistan continue on the path of confrontation. Will the two nuclear armed neighbours ever have a normal working relationship? Chances of any improvement in relations are dim at the moment. 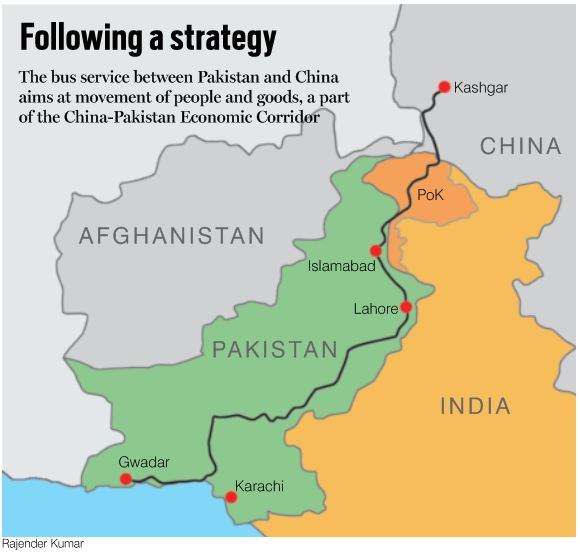 Despite Pakistan Prime Minister Imran Khan’s overtures after taking office, Delhi was in no mood to reciprocate. For one, with national elections due early next year, Modi would not make peace overtures towards Pakistan when the risk of failure is high. He would not wish to give the opposition bait to mock his flip-flop over Pakistan.

Even more important is the fast deteriorating situation in Kashmir, which Delhi believes is mainly due to Pakistan stoking the fire. While Pakistan certainly has a role, it is time India takes a hard look at its own strong-arm tactics in Kashmir which have yielded little results. In fact, the situation is much worse than it was during the UPA tenure. Yet, ahead of the 2019 national elections and crucial polls in Madhya Pradesh, Rajas­than, Mizoram, Chhattisgarh and Telangana soon, the government is unlikely to change tack.

For one, irrespective of the situation on the ground in Kashmir, a tough policy is a must for Modi’s core support group. The Hindutva brigade will play an important role in the BJP campaign. They have projected Modi as a tough leader with a 56-inch chest who will never take a soft line on issues of national security. Teaching Pakistan a lesson and keeping a tight leash on the Valley fits with the image of a tough Modi. That appeals to Indians across the board. The desire to talk incessantly about the surgical strikes against Pakistan is a pointer to how the BJP wants to project Modi. Besides, the LoC remains tense with casualties among civilians and the army reported from both sides.

The chance of normalising Indo-Pakistan relations are out of the question for now. So whether it is the Lahore-Kashgar bus service or infrastructure projects which span PoK, India will continue protesting. Nor will it be in any mood to join the BRI. Presi­dent Xi’s grand idea of providing infrastructure and connectivity across Asia has gripped the imagination of the world. Yet, countries like India, the US and much of western Europe see this as a ploy to spread Chinese influence and political clout in the region. All of India’s neighbours—Sri Lanka, the Maldives, Nepal, Bangladesh and Myanmar—have signed into the Chinese invite. Bhutan is holding out, though privately the Bhuta­nese too want a slice of the pie. Pakis­tan, China’s traditional ally, is hoping to gain the most from the BRI.

These are tough times for India.