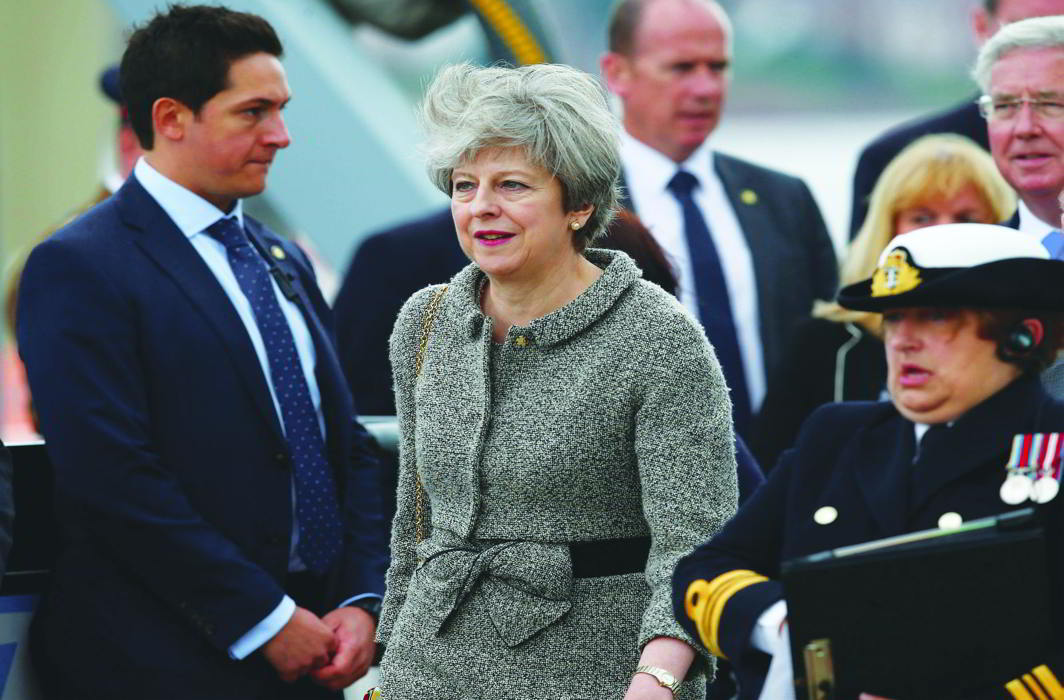 Prime Minister Theresa May’s government is in a precarious position as it is buffeted by the sexual misdemeanours of its leaders, ministerial blunders and Brexit headaches

Theresa May’s already beleaguered government has been weakened further by a string of sexual harassment scandals that have hit Westminster. Bets are being placed on how many more ministers, MPs and senior political leaders will be forced to resign and when May will have to call a general election.

Apart from Green, who is the deputy prime minister, Mark Garnier, the trade minister, is also being investigated as well as a host of other MPs, some of whom have been referred to the police or subjected to disciplinary proceedings. While the Labour Party too has been hit with the “sex-pest scandal”, it seems that the Tories have far more men who have “wandering hands trouble” and worse.

As dozens of women come forward with allegations of sexual harassment spanning decades and transcending political parties, the list of those embroiled in “Pestminster” is getting longer and longer.

May has been quick to apologise and acknowledge that women in Westminster have been subject to abuse of power for far too long. “The fact that they have taken place here at our seat of democracy should be a matter of shame for us all,” said May. Labour leader Jeremy Corbyn too said Westminster had a “warped and degrading” culture of harassment, and that abuse of power was “hiding in plain sight”. He added that the allegations should signify a “moment of real change”.

A spreadsheet has been compiled containing allegations which range from groping and inappropriate language to rape against lawmakers and government ministers. However, this spreadsheet has also come in for criticism. Some of the allegations are “vaguely worded” or simply refer to “inappropriate behaviour”. There are others which describe consensual sexual encounters or interactions which might be embarrassing to the politician but cannot be considered sexual harassment.

Critics have argued that all cannot be tarred with the same brush and the accused have the right to defend their reputation, and not be subjected to a trial by the media. “Victims have a right to be heard—but it must be in silence. They must feel safe in the knowledge their case will be handled discreetly and fairly. But the procedure must also protect those who should be innocent until found guilty,” said Trevor Kavanagh, a columnist. He urged May to make a clear, independent and respected structure for dealing with allegations of abuse and said that in the interest of fairness, she should start by disqualifying anyone who names before at least a preliminary inquiry finds there is a case to answer.

As if the sex scandals were not bad enough, May also had to deal with ministerial blunders of epic proportions. Priti Patel, the seniormost Indian-origin minister in May’s cabinet, was unceremoniously sacked after secretly meeting senior Israeli officials. Patel, the international-development secretary and a fan of Indian Prime Minister Narendra Modi, behaved “improperly” by holding meetings with Israeli officials while on a personal trip to Tel Aviv without telling either of her bosses, the Foreign Office or May. Patel’s meteoric rise was due to May’s predecessor David Cameron, who used her as the interface between the UK and India. However, Patel turned on her mentor during the Brexit referendum when she ditched Cameron and joined Boris Johnson in the Leave campaign.

Maverick Foreign Secretary Johnson also chose to make another of his famous faux pas in the last three weeks. Known for his foot-in-the-mouth disease, Johnson erroneously told MPs that Nazainin Zaghari-Ratcliffe, a British-Iranian woman imprisoned in Iran, had been there teaching journalists when in fact she was on a holiday, visiting family. Johnson’s mistake will be costly for Zaghari-Ratcliffe as it could mean an extra jail term for her, but the foreign secretary refused to apologise.

Johnson has been a thorn in May’s side ever since the Brexit referendum, after which she took over as the prime minister. This would have been the perfect opportunity for May to dump him from the cabinet, but with so many resignations and sackings in such a short time, she could not fire such a prominent Brexiteer at this juncture.

At the Tory party conference in October, May’s advisers urged her to restore her authority by carrying out a wide-ranging reshuffle of her cabinet and move Johnson out of the Foreign Office. Ironically, Fallon was seen as a “safe pair of hands” and a possible successor to Johnson. But it was Fallon who was forced to go and Johnson who is still there. May cannot afford to risk wider changes because she does not know how many more ministerial victims the sexual harassment scandal is likely to claim.

Each resignation or sacking puts May’s already wobbly government in peril. Despite inheriting a comfortable majority gained by Cameron in the 2015 election, May made the fatal mistake of holding a mid-term election in 2017 in an attempt to sure up her personal hold over the Conservative Party and the government. Instead, the Tories failed to win a majority on June 8 and May was only able to form a government because of the deal she struck with Northern Ireland’s Democratic Unionists. This has left May’s government in a precarious position and if Conservative MPs continue to fall like bowling pins, the prime minister will be left with no option but to call sudden by-elections which the Tories may not necessarily win. In fact, the party could lose the slim 12-seat advantage it is currently surviving on.

May was already fighting to stay in her post long enough to lead Britain out of the European Union in March 2019, and certainly did not need any more problems. All her attention should have been focused on Brexit and not on the past misdemeanours of her party members. Instead, neither she nor her ministers know how long the government will live and when the brief May-era will come to an abrupt end.