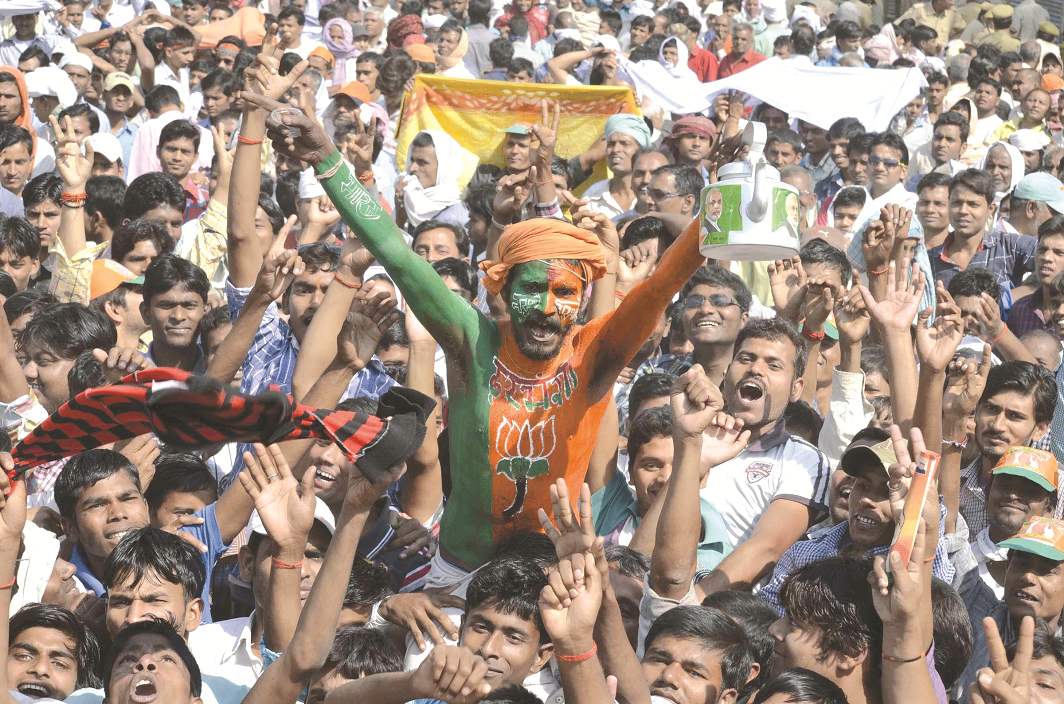 A recent Bloomberg report has revealed how a secret unit of Facebook has helped create such armies for governments around the world, including India, to influence elections

Under fire for Facebook Inc.’s role as a platform for political propaganda, co-founder Mark Zuckerberg has punched back, saying his mission is above partisanship. But Facebook, it turns out, is no bystander in global politics.

What he hasn’t said is that his company actively works with political parties and leaders including those who use the platform to stifle opposition—sometimes with the aid of “troll armies” that spread misinformation and extremist ideologies.

The initiative is run by a little-known Facebook global government and politics team led from Washington by Katie Harbath, a former Republican digital strategist who worked on former New York Mayor Rudy Giuliani’s 2008 presidential campaign as well as the 2014 Indian elections.

Since Facebook hired Harbath to run their secret global government and politics unit three years later, her team has travelled the globe, including India, helping political clients use the company’s powerful digital tools to create troll armies for digital propaganda.

In India (many other countries as well), the unit’s employees have become de facto campaign workers. And once a candidate is elected, the company in some instances goes on to train government employees or provide technical assistance for live streams at official state events.

In the US, the unit embedded employees in Trump’s campaign. In India, the company helped develop the online presence of Prime Minister Narendra Modi, who now has more Facebook followers than any other world leader.

At meetings with political campaigns, members of Harbath’s team sit alongside Facebook advertising sales staff who help monetise the often viral attention stirred up by elections and politics. They train politicians and leaders how to set up a campaign page and get it authenticated with a blue verification check mark, how to best use video to engage viewers and how to target ads to critical voting blocs. Once those candidates are elected, their relationship with Facebook can help extend the company’s reach into government in meaningful ways, such as being well-positioned to push against regulations.

That problem is exacerbated when Facebook’s engine of democracy is deployed in an undemocratic fashion. A November report by Freedom House, a US-based non-profit that advocates for political and human rights, found that a growing number of countries are “manipulating social media to undermine democracy”…

By the time Facebook named Harbath, the former Giuliani aide, to lead its global politics and government unit, elections were becoming major social-media attractions. Facebook began getting involved in electoral hotspots around the world.

India is arguably Facebook’s most important market, recently edging out the US as the company’s biggest. The number of users here is growing twice as fast as in the US. And that doesn’t even count the 200 million people who use the company’s WhatsApp messaging service in India, more than anywhere else on the globe.

By the time of India’s 2014 elections, Facebook had for months been working with several campaigns. Modi relied heavily on Facebook and WhatsApp to recruit volunteers, who in turn, spread his message on social media.

Within weeks of Modi’s election, Zuckerberg and Chief Operating Officer Sheryl Sandberg both visited India as it was rolling out a critical free internet service that was later curbed due to massive protests. Harbath and her team have also travelled here, offering a series of workshops and sessions that have trained more than 6,000 government officials.

As Modi’s social media reach grew, his followers increasingly turned to Facebook and WhatsApp to target harassment campaigns against his political rivals. India has become a hotbed for fake news, with one hoax story this year that circulated on WhatsApp leading to mob beatings resulting in several deaths. The nation has also become an increasingly dangerous place for opposition parties and reporters.

However, it’s not just Modi or the Bharatiya Janata Party who has utilised Facebook’s services. The company says it offers the same tools and services to all candidates and governments regardless of political affiliation, and even to civil society groups that may have a lesser voice…

A 2014 study titled, “Experimental evidence of massive-scale emotional contagion through social networks”, manipulated the balance of positive and negative messages seen by 6,89,000 Facebook users. The paper details the experiment running from January 11 to 18, 2012, in an attempt to identify emotional contagion effects by altering the amount of emotional content in the targeted users’ news feed. The researchers concluded that they had found “some of the first experimental evidence to support the controversial claims that emotions can spread throughout a network, [though] the effect sizes from the manipulations are small”.

The study was criticised for both its ethics and methods/claims. As controversy about the study grew, Adam Kramer, a lead author of both studies and member of the Facebook data team, defended the work in a Facebook update. A few days later, Sheryl Sandberg, Facebook’s COO, made a statement while travelling to India. While at an Indian Chambers of Commerce event in New Delhi, she stated: “This was part of ongoing research companies do to test different products, and that was what it was. It was poorly communicated and for that communication we apologize. We never meant to upset you.”

So what was this new revolutionary product for which Facebook was conducting psychological experiments on emotion manipulation of its users? These revolutionary products are called digital propaganda troll armies that spread fake news like wildfire assisting its clients during elections.

Shortly thereafter, on July 3, 2014, USA Today reported that the privacy watchdog group Electronic Privacy Information Center (EPIC) had filed a formal complaint with the Federal Trade claiming that Facebook had broken the law when it conducted the study on the emotions of its users without their knowledge or consent….

In India a massive fake news industry has sprung up, exercising influence over traditional discourse of politics and has potential to become a security challenge like the Arab Spring, if not kept in check. As the debate over mob lynching in India is raging, it should be understood that such incidents would not have had such a rapid and massive effect if the youth had not had access to Facebook, Twitter, YouTube and other social media that allowed the fake news industry to organise and share made-up videos and information. The mob lynching of the past years are a direct result of the fake news industry spilling over from social media to the real world.

This takes on a totally new dimension, now that it has been revealed that Facebook and WhatsApp colluded with the establishment in creating such troll armies for digital propaganda, resulting directly in violence on Indian soil. This is a clear textbook case of terrorism…

The fake news industry is spreading its tentacles in India as well. Many of India’s leading sportsmen, celebrities, economists, politicians have already fallen victim to this by disseminating such fake content. This is a dangerous trend and should be kept in check by our intelligence agencies to avert future disaster.

The way it works, in short, is like this. Numerous websites and portals of varying degrees of legitimacy and funding are floated. Specific news content is generated for different groups based on their region, ideology, age, religion, etc., which is mixed with a heavy dose of soft porn to slowly blend in with their objective. This fake content is then peddled in social media and specific groups targeted via analytics tools developed by tech companies. As a lot of such fake content is generated slowly, it starts getting momentum and somewhere down the line, it is picked up by any unsuspecting person of influence—celebrities, politicians and even journalists themselves. What happens after this point is sheer madness…

Surprisingly, the Election Commission of India itself has partnered with Facebook for voter registration during the election process…

All 17 American intelligence agencies have raised serious concerns about the impact of this fake news industry on their election process and their society… Will the Indian government address such meddling by Facebook in India’s internal affairs?…

While Facebook is being investigated for meddling in US presidential elections, not much focus has been given to how its secret unit has influenced elections in India. In the light of these revelations Facebook’s interference in India’s elections should be thoroughly investigated.

—Courtesy: GreatGameIndia. The author is the co-founder and editor of GreatGameIndia, a quarterly journal on geopolitics and international affairs