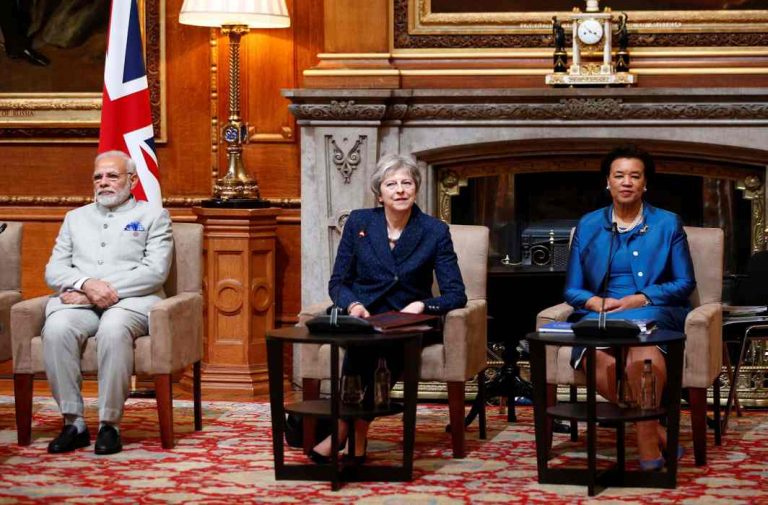 Any British Indians had voted for the United Kingdom to leave the European Union in the all-important referendum held on June 23, 2016. The reason was that they had been convinced by the Leave campaigners that this would have a positive impact on Britain’s trade with India and that more Indians would be allowed to migrate to the UK to replace Europeans who would no longer be entering the small island in search of jobs.

British MPs like Priti Patel, a staunch supporter of India’s fellow Gujarati, Prime Minister Narendra Modi, had convinced NRIs and British Indians that India would be at the front of the queue for trade deals if Britain was to leave the EU and “take control back”. Shockingly, Britain did vote for leaving the EU or Brexit as it is famously called with 52 percent for and 48 percent voting against. But hopes were belied as India’s promised special position has not been borne out in the latest blueprint for Brexit which was released by the British government on July 12.

The Brexit White Paper sees a closer alignment with EU laws than wished for by the “Leavers” and it will make trade deals with other countries more difficult. As far as India is concerned, the White Paper threatens to derail plans as it prevents Britain from making the sort of concessions on trade in goods that New Delhi would like.

According to a confidential document called the “UK-India Joint Trade Review”, New Delhi would like the UK to relax EU rules on food standards and chemical safety as part of the new post-Brexit trade relationship. However, going by the Brexit White Paper, Britain is in no mood to comply. The unreleased report by the British and Indian governments highlights a number of non-tariff barriers identified by Indian businesses that the UK would need to reconsider as part of any post-Brexit deal. These include limits on fungicides in basmati rice, enforcement of food hygiene standards for milk and dairy products such as paneer, on levels of toxins in spices and on use of hormone-disrupting chemicals across a range of non-food products.

The list drafted by the Indian ministry of commerce stops short of demanding the rules be removed after Brexit, and instead suggests flexibility in how and when they are applied to meet the needs of Indian exporters. The rules are imposed by the EU and under the latest Brexit plan of a “common rule book” between the UK and the EU on goods, changes to food standards or chemical safety are highly unlikely.

The “Joint Trade Review” was obtained by Greenpeace Unearthed, an environmental campaign group, through a Right to Information request to the Indian government after the UK government rejected a parallel request. The “Review” was described by the UK government as a key text to the new Indo-British trade partnership announced during Modi’s visit to London in April for the Commonwealth Summit.

Interestingly, during the visit, Modi and British Prime Minister Theresa May had discussed boosting trade ties after Brexit and the UK was hoping to sign a free trade agreement with India. May had said: “Our trade partnership is showing how we can remove barriers to increase trade between our two countries.” The two leaders had tom-tommed £1 billion in commercial investments which would create or safeguard 5,750 British jobs, even as ministers announced closer co-operation on trade, technology and defence.

Experts argue that London would not be able to address New Delhi’s key complaints in the “Trade Review” under the new Brexit White Paper. “May’s Chequers’ proposal would prevent the UK from making concessions to India in all areas related to plant and animal health as it would continue to be bound to the application of the EU’s regime,” said Sam Lowe, trade analyst at the Centre for European Reform. “The UK would not be able to take a different approach on REACH, EU’s chemical regulation regime or on endocrine disrupting chemicals. It would still be required to perform physical inspections on 50 percent of imported Indian shrimp.”

The EU’s limits on the amount of chemical residue found in food products is clearly a bugbear for Indian businesses who complain about complying with rules on a range of exports. These include trace amounts of fungicide in basmati rice, growth retarding chemical in grapes, aflatoxins in chillies and spices, antibiotics in fish products and hygiene standards at processing plants involved in milk products.

Another complaint is about the EU’s attempts to regulate hormone-altering chemicals, or endocrine disruptors, in non-food products such as toys, with 34 of the 69 products impacted said to have a direct effect on India. EU rules even limit the amount of lead in jewellery which annoys Indian businesses.

India has often challenged REACH, EU’s vast and complex regulatory regime for chemicals, at the World Trade Organisation. “Just because Indian exporters face difficulty in complying with EU rules on imported products, it should not be grounds for the UK to reduce standards of protection of human health and the environment,” said Michael Warhurst, executive director at CHEM Trust, a UK-registered charity.

Britain cannot start negotiating  trade deals with other countries until it formally leaves the 28-member EU bloc in March 2019, and the report does not actually spell out a post-Brexit agreement with India. Instead, it devotes a lot of space to India’s complaints concerning trade barriers that stem from European law.

Referring to the EU laws on the levels of toxins permissible in spice exports, India’s Ministry of Commerce said in the 52-page joint working paper: “This year alone, several containers from India were rejected from entry into the UK for slight variations from the permissible limits…A certain ‘range of flexibility’ in permissible amounts will be very helpful.” Another complaint was that milk food products have been held up at UK ports because various Indian dairy processing plants have not been certified by EU authorities.

A spokesperson for the British Department of International Trade gave an expectedly diplomatic statement: “As we leave the EU, we will forge new and ambitious trade links around the world, while also maintaining our high standards on animal welfare and food safety.” He added: “The joint trade review’s findings underline the continued strength of the bilateral relationship between the UK and India, and we are committed to driving forward this mutually beneficial trading arrangement. This includes in the food and drink sector where we are working together on a sector-based roadmap to reduce trade barriers.”

The controversial Brexit White Paper is the first attempt by May to officially put down what sort of Brexit her government plans to pursue. However, it has already triggered resignations of Brexit Secretary David Davis, Foreign Secretary Boris Johnson and other ministers. The current proposal which would see alignment with EU standards on goods and agri-food, but not services, has led to uproar from Brexiteers.

It is not yet clear how many twists and turns the White Paper will see before it actually becomes law and how the final Brexit negotiations will pan out for UK-India trade.