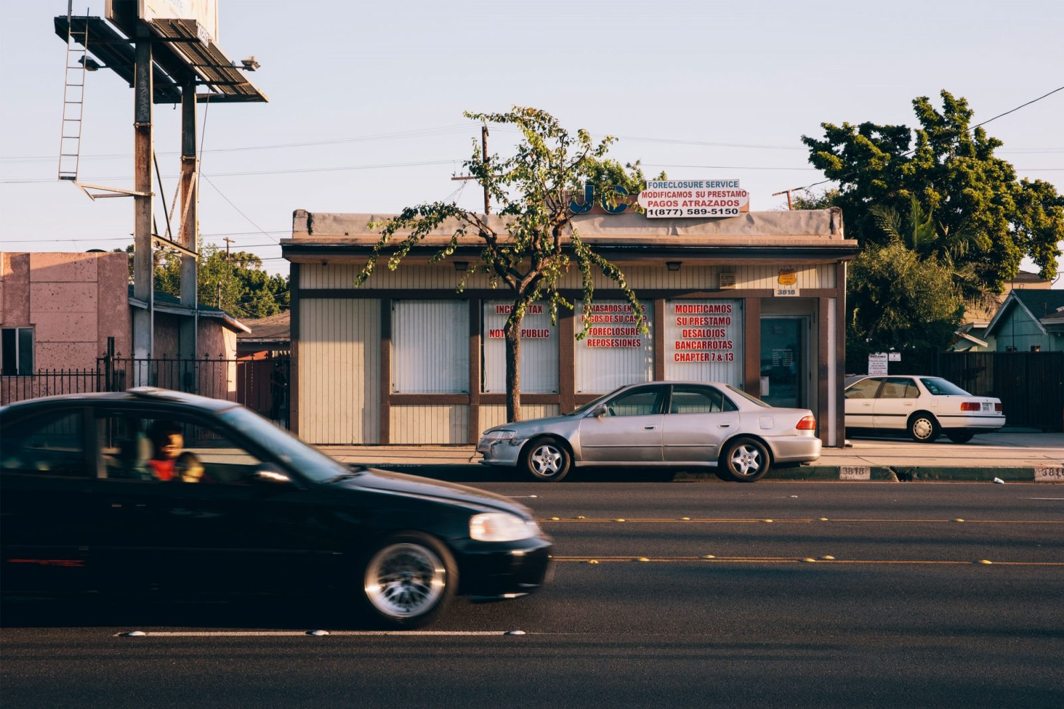 There’s evidence that many people don’t file for bankruptcy because they can’t pay an attorney. It’s a fixable problem

A ritual of spring in America is about to be-gin. Tens of thousands of people will soon get their tax refunds, and when they do, they will finally be able to afford the thing they’ve thought about for months, if not years: bankruptcy.

It happens every tax season. With many more people suddenly able to pay a lawyer, the number of bankruptcy filings jumps way up in March, stays high in April, then declines.

For the past year, I’ve travelled the country trying to understand why bankruptcy often fails those it’s supposed to help. I analysed millions of filings and interviewed dozens of judges, lawyers and people struggling with debt. The answer turns out to be simple: People are too broke to go bankrupt. Filing costs money, as does hiring an attorney, which is the best way to make sure you actually get debt relief….

Scores of people considering bankruptcy told me the same thing again and again: If they had $1,000 to pay an attorney, then they probably wouldn’t need to file in the first place. “It’s funny how you buy bankruptcy,” marvelled Trina Wright of Memphis.

People who hire lawyers to help them file under Chapter 7 have their debts wiped away almost without fail, national filing data shows. And debtors with attorneys fare far better than those who go it alone, filing pro se….

Those who can’t afford attorneys of-ten turn to bad options with predictably bad outcomes. Some try to wrangle the complicated bankruptcy forms on their own, risking costly mistakes. Others are lured by unregulated “petition preparers” who promise bankruptcy on the cheap. In Los Angeles, I found a whole industry of petition preparers who often flout bankruptcy laws because of a lack of enforcement. “If we had adequate access to our legal system,” a judge there told me, vulnerable people with debt “would not be this wonderful ripe field for picking by the fraud artists.”

In the South, debtors often avoid the up-front costs by filing bankruptcy under Chapter 13. Unlike Chapter 7, which clears debts after a few months, Chapter 13 is a payment plan that usually lasts five years. Lawyers in the South will often start a Chapter 13 for $0 down, allowing their much larger fees (usually $3,000 to $4,000) to be paid through the plan.

This provides immediate protection to low-income debtors, but most are unable to keep up with the payments. Once their cases are dismissed, their debts return.

Faced with options like these, many people simply try to muddle through, often under the threat of having their wages seized by creditors. Over the past decade, the number of consumer bankruptcies filed each year has ranged from about 800,000 to 1.5 million. That’s a small share of the millions of financially struggling households, and researchers have long argued that many more people would benefit from filing.

And while the reasons someone may or may not file for bankruptcy can be complex, it’s clear that an important ingredient is affordability.

So if attorney fees can determine whether, and how, someone declares bankruptcy, can anything be done about them? The good news, I found, is that the answer is yes. The bad news is that none of the fixes are easy.

In a Chapter 7 case, attorney fees, like any other debt, are wiped out. As a result, most bankruptcy lawyers require that clients pay in full before filing. There’s ample evidence that people struggle to gather the money to do this. It’s what you’d expect in a country where nearly half of adults say that if they were hit with an emergency expense of $400, they wouldn’t have the cash on hand to cover it….

A 2005 bankruptcy bill made the problem worse. In the name of preventing people from cheating their lenders, the bill heaped new requirements on debtors and their lawyers. The scope of such abuses was questionable, but the burdens of the new requirements drove up attorney fees nationwide by about 50 percent. The average attorney fee for a Chapter 7 today tops $1,100, with court fees adding $335 more. The result? Fewer filings, especially by low-income people. The cleanest solution would be to change the law to allow more flexibility in how debtors pay their lawyers for Chapter 7 cases.

Crafting “a mechanism where people could pay their attorney fees over time would make Chapter 7 more accessible,” said Judge Elizabeth Perris, who retired in 2015 after serving as a bankruptcy judge in Oregon for over 30 years. Perris co-chairs The American Bankruptcy Institute Commission on Consumer Bankruptcy, a panel of experts working on potential improvements to the system to be released later this year.

Perris said the panel will likely make a specific proposal about attorney fees, but whether Congress will take action is less certain….

The idea has at least one influential backer in Congress. When I asked Sen. Elizabeth Warren, D-Mass., a bankruptcy scholar herself, about it, she responded, “There’s a lot for a family to consider when making the painful decision of whether, when, and how to file for bankruptcy. Whether they can pay their lawyer in instalments should not be one of them.”

In the interim, there are some lawyers who try workarounds: One of the oldest is for clients to hand over a stack of postdated checks before filing. After the case is filed, these cheques are deposited over several months, resulting in a jerry-rigged installment plan. Most judges have decided that arrangement violates the law….

In a 2015 opinion approving the use of postdated cheques, Chief Judge C Ray Mullins of the US Bankruptcy Court for the Northern District of Georgia wrote, “To deprive struggling debtors of willing counsel in such a time of need is markedly opposite of the intentions of the Bankruptcy Code.”

In the Southern District of Alabama, the chief bankruptcy judge, Henry Callaway, is working on a different fix. Troubled by the fact that more than 70 percent of bankruptcies in the district are under Chapter 13, he’s drafting a rule that would allow lawyers to break their fees into two parts for a Chapter 7 filing instead. The first would cover services rendered before the bankruptcy petition is filed; the second, services afterward. Because the second agreement is signed after the petition, it has a different legal status and isn’t wiped out like other debts. Unlike in a Chapter 13 case, where debt relief is conditioned on completing a payment plan, this would give clients relief and then allow payments to lawyers over time.

With a rule, he hopes, local attorneys will be more willing to try something different…. It is, to be sure, a convoluted arrangement. But some judges consider it legal, including a federal appellate court and bankruptcy judges in Florida and Michigan. Its growing popularity has already spawned a cottage industry to facilitate payments.

BK Billing launched in 2016 to manage the two-part agreements for lawyers, usually with clients paying $0 up front. The company helps attorneys craft what they say are legally defensible client agreements and processes the payments. So far, the company has worked with a “few hundred” attorneys in more than 40 states, said David Stidham, the CEO. But because few judges have decided whether such arrangements are legal, there is wide uncertainty about the BK Billing model….

Sean Mawhinney, the company’s president, said he used the two-part Chapter 7 arrangement when he practised as a bankruptcy attorney in Utah, where BK Billing is based. Offering Chapter 7 for $0 down made a huge difference for clients, he said, especially those who were having their wages garnished. “If they can stop the bleeding and get their case filed quickly, then they can make a reasonable payment to the attorney,” he said.

But, of course, BK Billing is a business, and its services come with a cost that can cause problems of its own. To reduce the risk of clients defaulting, BK Billing pays attorneys up front and charges a 25 percent fee. So, if an attorney normally charges $1,000, BK Billing will pay the attorney $750 and then collect $1,000 from the debtor over the following year. To account for the fee, attorneys are then tempted to charge more. But Stidham said attorneys must be “willing to take a discount.” Attorneys told me, however, that it was hard to resist boosting their fee.

Late last year, the US Trustee for the Central District of California filed a complaint against a local firm for, among other alleged violations, doubling its fees after moving to BK Billing’s model. The US Trustee, the arm of the Justice Department that oversees the bankruptcy system, called the fees unconscionable and is seeking fines against the firm, which argues that its fees are reasonable for the extra services it provides.

Compared with these complicated maneuvers, another solution to the problem of attorney fees seems blessedly simple: Make legal help with bankruptcies free. But civil legal aid organisations, which are the main source of this kind of assistance, are also financially strapped. “We don’t have enough resources to provide bankruptcy services in all of our counties,” said Steven McGarrity, executive director of Community Legal Aid, which serves clients in central northeast Ohio.

This year, his group, along with legal services organisations in 11 other states, will begin using a new tool called Upsolve to help more poor debtors file. Developed by a nonprofit in New York, Upsolve is a kind of TurboTax for bankruptcy, walking debtors through the process of gathering the necessary documentation and asking questions in plain language. The software populates the small stack of forms necessary to file, and then a lawyer reviews them. Cases are filed pro se, but if complications arise, the debtor can get help from the lawyer. “It was a way for us to expand the volume of people we can help without a lot of resources on our end,” said McGarrity.

Perhaps in the future, free help will be available to all who need it. Or maybe Congress will rewrite the law to allow debtors to pay attorneys over time. In the meantime, people struggling with debt will keep on doing what they’ve always done: waiting and hoping for relief.