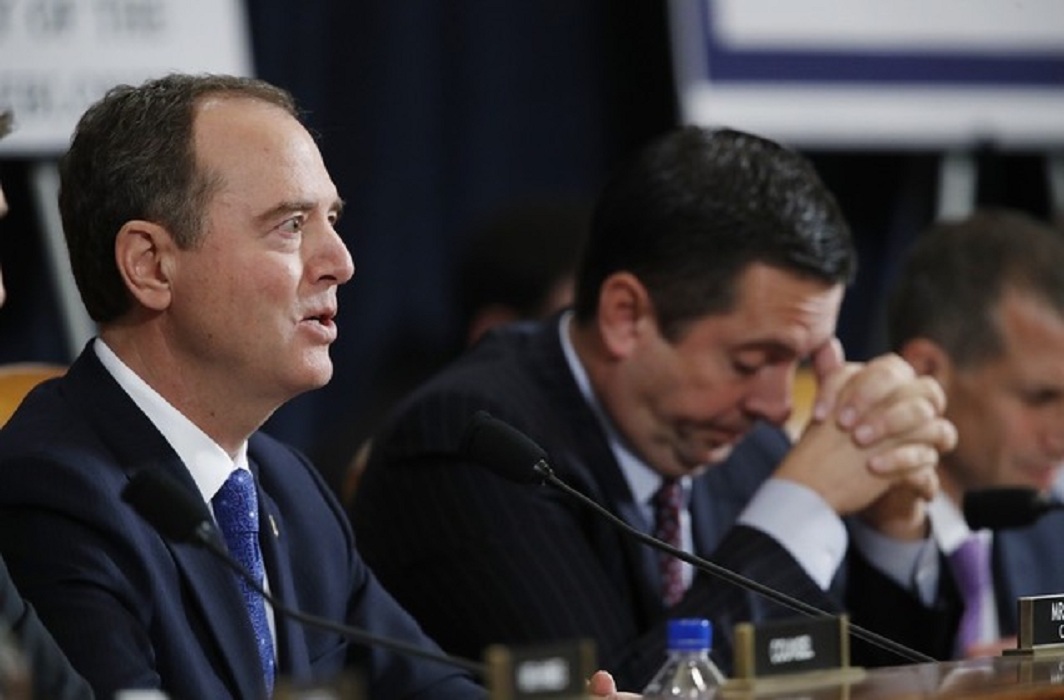 Congressional committee hearings continued into possible impeachment of US President Donald for withholding military aid to pressure Ukraine for political dirt on an opponent. It has played out in an ornate Congressional hearing room with the rhythms of a five-day test at Eden Gardens.

The Democrats are batting and the witnesses are hitting fours and sixes. The Republicans, largely on the back foot in defending Trump, have tried to stump witnesses with rapidfire questions, or rants on tangential issues such as Trump’s hate of foreign aid.

The star witness has been Trump’s hand picked Ambassador to the EU, Gordon Sondland, who got his appointment as a thank you for a million dollar political donation to Trump. He did nothing to undermine previous witnesses making clear he was no rogue actor in the Ukraine plot.

Multiple times in hours of testimony Sondland said, “everyone was in the loop” in reference to President Trump’s demands as communicated by Trump confidante and lawyer Rudy Giuliani. The goal was political dirt on Joe Biden, a possible 2020 opponent. Sondland made it clear that “everyone” in his view included Vice President Mike Pence, Secretary of State Mike Pompeo, Energy Secretary Rick Perry and other senior diplomats and members of US government agencies.

Sondland said he believed he was following Trump’s desires, if not a specific order, and that the investigation into former vice president was a clear quid pro quo for a White House visit by newly elected Ukraine President Volodymyr Zelensky.

“Secretary Perry, Ambassador Volker and I worked with Mr. Rudy Giuliani on Ukraine matters at the express direction of the president of the United States,” Mr. Sondland testified. “We did not want to work with Mr. Giuliani. Simply put, we were playing the hand we were dealt.” With no alternative, he said, “We followed the president’s orders.”

Republicans in the minority on the committee spent much of their cross-examination time trying to undercut these remarks. The president said, “I don’t know him very well. I have not spoken to him much,” according to a White House pool report. The White House has claimed repeatedly that no specific quid pro quo was ever formally asked.

Sondland said Giuliani made it made clear that without Zelensky publicly announcing an investigation into Biden and the conspiracy theory that Ukraine meddled in the 2016 US election there would be no Oval Office meeting. Sondland testified that he called the president frequently, but only talked to him when Trump would take his call. Sondland said some time later he realized there was a hold on military aid, which he believed was equally contingent on a public announcement by Zelensky.

Seven witnesses appeared altogether in the past ten days. Former US Ambassador Marie Yovanovitch explained her removal from Ukraine was because of a smear campaign by Giuliani, and how deeply hurt she was when Trump also smeared her in conversation with Zelensky. In the midst of her testimony Trump tweeted negative comments about her. Committee chairman Adam Schiff called it witness intimidation.

Lt. Col Alexander Vindman listened to the phone call between Trump and Zelensky in his role as senior Ukraine expert for the National Security Council (NSC). He said the discussion was disturbing so he took it immediately to the NSC lawyers. He appeared in uniform as required of military officers testifying before Congress. Republicans intimated that as an immigrant who came to the USA as a small child perhaps he wasn’t patriotic.

“It’s Lieutenant Colonel Vindman, please,” Vindman said, correcting Representative Devin Nunes of California, the House Intelligence Committee’s top Republican, who at one point in the morning had addressed him as “Mr. Vindman.” Whether he was pulling rank or merely a petty show of arrogance, the essence of his testimony was clear: He was, he said, a patriot, loyal to no partisan interest and driven by no animus to the president.

About Sondland’s corroboration and expansion of his prior testimony, Committee chairman Schiff said it showed how pervasive the political dirt for aid scheme was.

Sondland dropped names throughout his hours of grilling. He added Pompeo and Trump chief of staff Mick Mulvaney to the cast of characters in on the deal. Pompeo has floated through all of this, trying hard to not reveal what he knew or when he knew it. If the Secretary of State understood the Trump-Giuliani scheme why didn’t he do more to stop U.S. foreign policy from operating as the president’s political weapon. Trump’s firing of Ukraine ambassador Yovanovitch is no longer so difficult to understand. Career service officers are not happy with a leader who won’t defend his department’s staff.

The Trump administration is, inevitably, where reputations go to die. Because Democrats control the House of Representatives it is quite likely a vote on Articles of Impeachment will succeed. Impeachment however requires a 2/3rd Senate vote, which is less likely.