Indian tech companies invested over $2 billion in the US, paid $20 billion as taxes. Also, Indian workers in the US contribute more than $7 billion annually to the social security network which they don’t use.

Ever since Donald J Trump walked into the White House as America’s 45th US President nearly 100 days ago besieged by a plethora of doubts about his electoral success, he has engulfed himself head and shoulders with all kinds of controversies, national and international.

Right from day one, hardly has a day elapsed that he’s not sparked off a new conflict on domestic or global front. Ironically, within a week of President Trump’s entering the Oval Office, he kicked up a multi-pronged, high-voltage conflict with seven Muslim countries, banning the entry of their citizens into the United States.

Though this ban didn’t impact Indians in any manner, this diktat of Trump’s seemed to be prompted by his popular electoral promise, ‘Protect America and Americans’. This ban was termed outrageous and didn’t go well with the average American. Trump’s other campaign pledge was ‘to save American jobs, and stop foreign countries steal American jobs,’ and had vowed to ‘investigate all visa misuses that undermined jobs for the American workers,’ indicating that foreign workers, including Indians on H-1B visas, could face tough scrutiny by his administration.

Meanwhile, H-1B visa enables only those Indian workers enter the US who have top theoretical and technical STEM qualifications and skills and expertise in science, technical, engineering and mathematics. Until recently, under these stiff conditions, including paying steep fees, currently $1225 – about Rs 80,000. The US yearly H-1B visa intake in 2015 stood at 65,000 – nearly 70% of all visas available under this category. Nearly dozen Indian IT companies in the US, such as Wipro, Infosys, Tata Consultancy Services (TCS), etc., bag over 60%, are the biggest users of H-1B visa. Incidentally, this is a non-immigrant visa granted for long periods to work in the US. Indian companies manage technology systems for American IT giants. Finding visas granted to Indians too high, Trump had pledged tightening this flow, and at the same time criticized companies that ‘ship’ jobs to countries like India, China, Mexico, Brazil, etc. Moreover, nearly a dozen Indian tech firms accomplish less paid American companies’ complicated projects under H-1B visa to their utmost satisfaction.

Meanwhile, Senators Chuck Grassley and Dick Durbin, had complained to Trump that the Indian H-1B visa workers ‘displace American workers,’ and demanded strict enforcements and adequate modifications in wage requirements, and securing protection for American workers and also for visa holders. Besides, the wages paid to average H-1B visa workers ranged between $60,000 and $65,000 per annum — deemed much below the American standards, i.e., $100,000. There are nearly 3.1 million Indians in the US, including permanent residents and on Green Card. Of whom, 65,000 holding H-1B visa predominate Silicon Valley where tech giants like Google, and Facebook operate. And, in fact top-skilled brilliant Indians on high-paid executive jobs, such as Satya Nadella, Sundar Pichai, and many others, form the backbone of these US companies.

The alleged prevalent prejudice against Indians H-1B visa holders has recently actuated the Trump administration to revamp H-1B visa regulations, and suspend the inflow for some time. Generally, H-1B visa applications are invited in the first week of April, and are granted on computer-drawn lottery basis. It’s believed new H-1B rules would require only the best and the brightest with high-level skills will get preference for such visa. Also, lawmaker Darrell Issa wants US concerns pay a minimum $100,000 for H-1B visa holders.

Meanwhile, the Trump White House is sadly either unaware or overlooking the fact that H-1B visa is extremely beneficial both to the US and India, or is deliberately overlooking the untold benefits that accrue to the US. For, Indian IT concerns operating in the US create innumerable employment opportunities for the locals, and thereby add to the American economy.  It’s been estimated that Indian companies have generated nearly 600,000 technical, and supporting jobs for American workers. In addition, during 2011-2015, Indian tech concerns invested over $2 billion in the US, paid $20 billion as taxes. Also, Indian workers in the US contribute more than $7 billion annually to the (American) social security network from which they derive absolutely no benefits whatsoever.

Finally, as a young Indian-American member elected to the House of Representative from California’s Silicon Valley last year, Rohit Khanna (known as Ro Khanna), has underlined that the US should ‘remain open’ to immigrants who contribute to create jobs and help shape America’s economy. He is reported to have called for ‘common sense’ reforms in the H-1B visa regime, saying, “Let’s fix the system, end the abuses, but make sure we recognize the role of immigrants in creating jobs.”

Also, it’s perhaps the time that President Trump stood by his promise made to the Indian community when he courted the American Republican Hindu Coalition in New Jersey last year while campaigning for the White House. Trump said: “I’m a big fan of Hindus and a big fan of India – big, big, fan … if I am elected president, the Indian and the Hindu community will have a true friend in the White House. That I can guarantee you.” He added that if he becomes president, “India and the US would be best of friends and have a phenomenal future together… India is the world’s largest democracy, and is a natural ally of the US… I look forward to working with Prime Minister Modi, a pro-growth leader. India’s economy is growing 7% a year, and we’re not growing at all. We’ll grow again.” Mr. President, it’s time now to fulfill your promise.

PS: The maddening craze for H-1B visa has impelled New Delhi’s Hanuman mandir to hold special prayers (vishesh puja) for success in securing or renewal of the visa. Also, a movie depicting woes of H-1B and Green Card holders created furore in the US among anti-immigration lobby alleging film was funded to help import more foreign workers to ‘steal’ more American jobs. 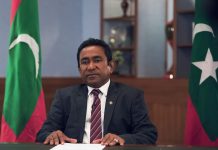 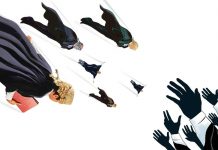 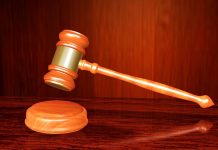 Hundreds of New York judges are officiating without law degrees