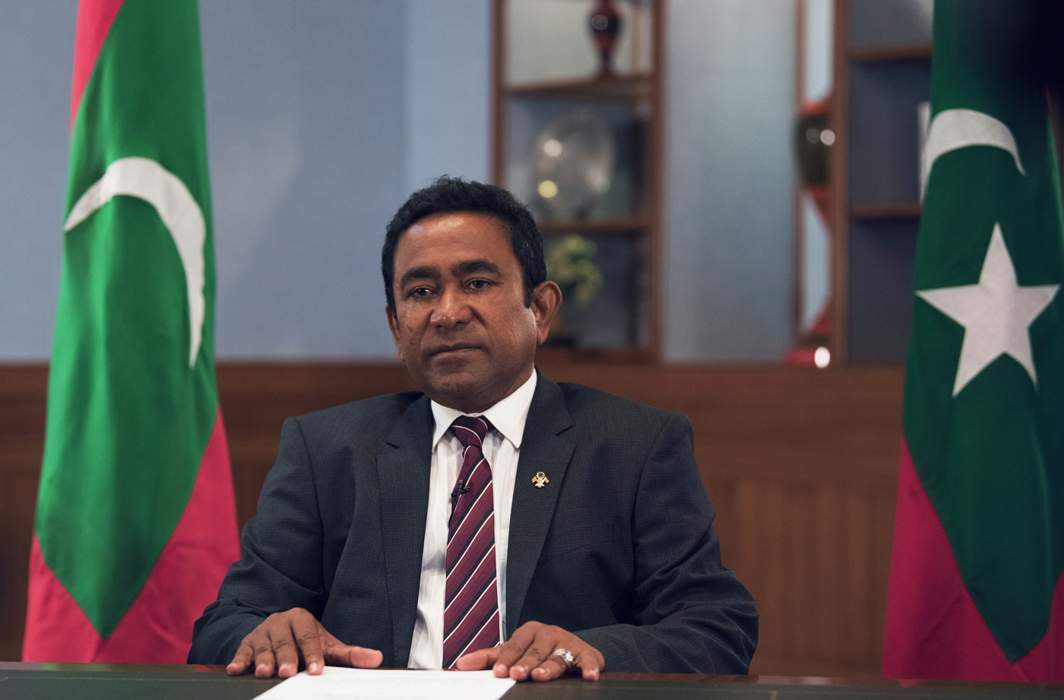 Maldives ex-president Mohamed Nasheed on Tuesday called for India to send an envoy backed by its military to free Supreme Court judges and other detainees held by the government following the imposition of a state of emergency in the Indian Ocean archipelago.

Nasheed, who is currently in Sri Lanka, also urged the United States to block financial transactions of the government led by President Abdulla Yameen.

“On behalf of Maldivian people we humbly request: India to send envoy, backed by its military, to release judges & pol. detainees… We request a physical presence,” Nasheed, who is currently in Colombo, said in a Twitter post.

The Maldives opposition leader and two Supreme Court judges have been arrested hours after the government declared a state of emergency in the Indian Ocean nation in the days since the court ordered several jailed politicians to be freed.

Meanwhile, the charges against opposition leader Maumoon Abdul Gayoom include bribery and attempting to overthrow the government, his lawyer, Maumoon Hameed, said on Twitter. Gayoom was president from 1978 to 2008, when Maldives became a multiparty democracy, and is the half brother of the current president, under whose rule the archipelago has lost many of its democratic gains.

Soon after the declaration, security forces stormed into the Supreme Court building, where Chief Justice Abdulla Saeed and judge Ali Hamid were arrested. The charges against them have not been specified. The whereabouts of the court’s other two judges were not known Tuesday morning.

Since the surprise, unanimous ruling last week ordering the release of imprisoned opposition leaders, President Yameen Abdul Gayoom has lashed out at the court, opposition protests have spilled into the streets of the capital, Male, and soldiers in riot gear have stopped lawmakers from meeting in the parliament building.

In a statement issued after the state of emergency was announced on state television, Yameen said “though certain rights will be restricted, general movements, services and businesses will not be affected”.

In a letter to the court released by the president’s office, Yameen said the court’s order to release prisoners had encroached on the powers of the state and was an “infringement of national security and public interest.” He urged the court to “review the concerns” of the government.

The United Nations, United States and other foreign governments have urged Maldives to respect the court order.