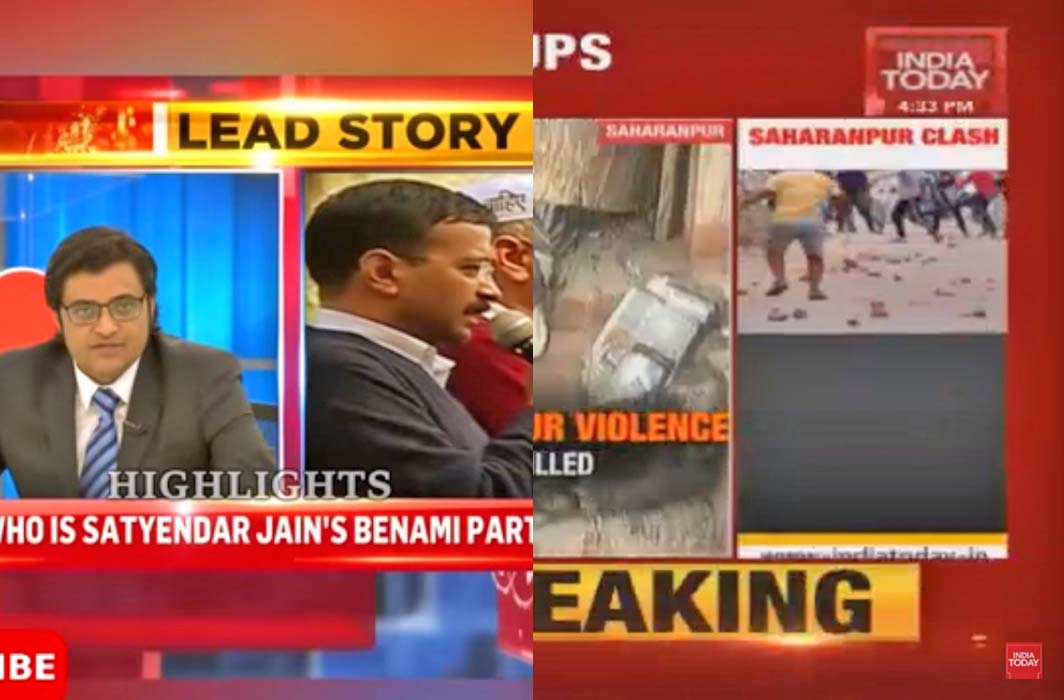 A writ petition by TV Today against the new Republic TV was dismissed as withdrawn by the Delhi High Court on May 25, with the court suggesting that the petitioner may take up the issue with the appropriate authorities, which is the TRAI. TRAI is already investigating the issue.

At the court on May 25, the petition wanted directions issued to TRAI to take action against Republic TV for violating TRAI norms with regard to broadcasting.

Senior advocate Abhishek Manu Singhvi, appearing for TV Today, submitted that BARC has issued TRP ratings based on the malpractices of the respondent.

He further submitted that Republic TV, in violation of TRAI norms, is being broadcast in two different segments, “News and Current Affairs” and “Entertainment”, which in effect increases its TRP as people are watching it on the same platform but on two different channels.

Counsel for Republic TV interjected, saying even the petitioners violated the same norm in 2015.

Singhvi shot back by saying that it was a one-off incident and “we have always been compliant ever since and even before that we never violated any norm. Also, Republic TV can’t use it as a defence because the Writ Petition is about them being in violation at present.

The counsel for TRAI submitted that various complaints have been received against various channels, including Republic TV, and they are investigating the same.

At this the court dismissed the petition as withdrawn. “It is further noted that Counsel for TRAI has submitted that once the investigation is concluded, appropriate action will be taken against the erring parties as per the law.”

The order also said: “Petitioner is at liberty to approach the appropriate forum and raise the relevant issue in case he is dissatisfied with the result of the investigation and the steps taken by TRAI thereafter.”