The digital currency can work within WhatsApp, Instagram and Facebook Messenger and offers price stability, privacy and easy integration with banks. This may be ideal for India’s direct benefit payments

Facebook, with 2.4 billion global subscribers, is almost twice the size of the largest country in the world. That represents enormous power, especially in the world of commerce. But as the subscribers are dispersed geographically, it is difficult for them to transact with each other. What if they all had a common currency, and that currency was in digital form so that its ownership could be easily transferred and it was stable in price?

Suddenly, the paradigm changes. If a person in India wants to buy something from an individual in Poland, he could use the common currency without the need for a central bank to facilitate the exchange. And millions of transactions like these between private individuals, all happening on an easy-to-use messaging application like WhatsApp, presents a veritable goldmine for Facebook.

And that is exactly what Facebook is trying to capitalise on—its seemingly limitless resource of subscribers. Sceptics wonder how companies like Facebook get valued for billions despite minuscule sales revenues. It has a market capitalisation of $178 billion on sales of only $15 billion and profits of less than $6 billion. In contrast, Walmart has a market cap of $292 billion on $138 billion in sales revenue—a price to sales ratio of around 2.1 compared to Facebook’s 11.8.

Selling at a price-earnings multiple of almost 30, Facebook is an expensive stock, yet its stock price is up 36 percent in 2019, which is more than twice that of the broad index (S&P500). Savvy investors in companies like Facebook, which allow billions across the world to network with each other for free, have long recognised that the secret lies in collecting “eyeballs”, or visitors, in the hope of eventually tapping into that collective attention through advertising and transactional products.

And it appears that Facebook has done just that. It recently announced that it was developing its own asset-based cryptocurrency, codenamed GlobalCoin (eventual name may be different), designed to operate within the company’s existing messaging infrastructure of WhatsApp, Instagram and Facebook Messenger. In April, Mark Zuckerberg, Facebook’s boss, said at the company’s annual conference for developers that it “should be as easy to send money to someone as it is to send a photo”. With GlobalCoin, that vision gets closer to reality. Facebook is talking to potential partners, such as credit card issuers, merchants and financial regulators such as the Bank of England, and hopes to launch the currency in 2020.

GlobalCoin is among a handful of new-generation cryptocurrencies like Tether (USDT), TrueUSD and USD Coin, which have one big advantage that previous generation cryptocurrencies such as Bitcoin did not—a stable price because they are pegged to another asset with universal acceptance such as gold, the US dollar, or the euro. Stable coins, as they are called, work as a bridge between the world of cryptocurrencies and the world of fiat currencies. There is a centralized authority that backs every coin with one-to-one equivalence in US dollars or euros and this controls the price volatility.

These new stable coins solve a major problem with the first generation of cryptocurrenies such as Bitcoin and Ethereum which are highly volatile and can fluctuate as much as 20 percent in price on any given day. This rapid price fluctuation makes them extremely inconvenient for daily transactions and has been the biggest hurdle in their ad­option. Imagine paying Rs 150 for your favourite cup of coffee one day, and Rs 200 the next. For digital currencies to become mainstream, price stability is crucial. Currencies like GlobalCoin could become mainstream in a short time because along with price stability, they offer privacy, decentralisation and easy integration with banks and credit cards for commercial purposes.

This new generation of asset-backed stable coins could be gamechangers in the world of commerce. Low fees, decentralisation, price stability, and not needing intermediaries make these stable cryptocurrencies easier to integrate into daily life. The fact that one can easily transfer any amount (potentially) anywhere in the world in a matter of seconds through a messaging app makes the prospects even more attractive.

The current process of global exchange through intermediaries like banks is especially inconvenient and expensive for cross-border trading. If you live, say, in India and need to move funds to your daughter studying in the US, it would take time and you could pay upto three percent of the total amount in service charges. For merchants, the need to pay a fee inevitably influences the prices of the goods they sell.

Cryptocurrencies help solve this issue with the help of fast transactions and low fees. Currently, anywhere from one to two percent of every transaction goes as fees to banks and companies that facilitate the exchange and is an unnecessary cost of global trade. With current global trade amounting to about $18 trillion a year, the transaction costs of using intermediaries is significant. If digital currencies like GlobalCoin can find acceptance, it opens up an enormous opportunity for companies like Facebook, which have been bleeding cash for years trying to scale up their subscriber base. Facebook’s recent purchase of WhatsApp enables it to leverage the over 55 billion messages exchanged daily through this messenger service for commercial purposes. The potential is, indeed, staggering.

There are, however, issues that need to be resolved for cryptocurrencies like GlobalCoin. The biggest challenge will be scalability. As these currencies are asset-backed, backers will have to invest billions to create enough liquidity in these coins to support interesting applications of the technology. This could potentially create a cap on how fast these currencies can grow. Another potential problem, as always, is regulation. Central banks may be quicker to act on stable coins because they are tied to an underlying fiat currency like the dollar. As the innovation of stable coins is fairly new, there are also technical challenges that need to be overcome.

But Facebook’s involvement in the use of digital currencies will help push their adoption. Imagine the size of a global marketplace that can be created by 2.4 billion people being able to transact and exchange goods and services on a free unregulated market without the need for an intermediary like a bank or a credit card company. The potential for stable coins is huge in everything—from global transactions of goods, services and investment products, business-to-business trade, banking, lending and savings and insurance.

The potential for use of asset-backed coins in a country like India can be enormous. An immediate and significant application can be in the area of welfare payments. The government currently has over 200 welfare schemes and subsidies from food distribution to money for building toilets and homes and educational, health, agriculture subsidies, etc. Most of these are expensive to run because they require permanent government machinery, plus there is massive pilferage and fraud in most programmes. All these disparate schemes could potentially be replaced with a minimum income guarantee using a digital currency.

Blockchain technology that provides the foundation on which these digital currencies are built would enable tracking of every transaction, allowing for easy detection of theft or pilferage. The fact that transferring welfare benefits could be as easy as sending photos on a messenger app with little or no transaction costs and minimal leakage will be transformational for India.

Facebook’s entry into the world of digital currencies is a huge step in their eventual acceptance. As with any technology, one can expect rapid advances to make these currencies more stable, scalable and redeemable. Already, asset-backed stable coins are a significant improvement over algorithmically-priced cryptocurrencies like Bitcoin. Historian Yuval Harari rightly said: “Money is the most universal and most efficient system of mutual trust ever devised. Even people who do not believe in the same god or obey the same king are more than willing to use the same money.” The day of universal acceptance of digital currencies is not far away.

India has an opportunity to be at the forefront of digital currency technology. It can either deregulate the development and use of these currencies and allow the free market to develop indigenous versions, or it can stifle their growth with unnecessary restrictions.

The government of India has been eager to convert India’s informal economy into a formal one to maximise its tax potential. This is a huge mistake as India’s informal economy is the world’s largest free market and provides employment to millions who otherwise would be unemployable in the formal economy. A better option would be to allow the informal market to tap into the advantages offered by a digital currency, and once its use has been universally accepted, to impose a very small transaction tax. If all welfare payments are made in digital currency, it would make the adoption even faster. This would be a win-win for everyone—remonetisation of the informal economy, more effective tax collection for the government and a leakage-free welfare distribution system for taxpayers. 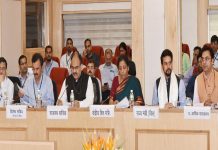 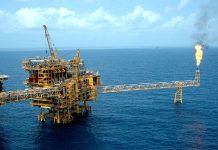