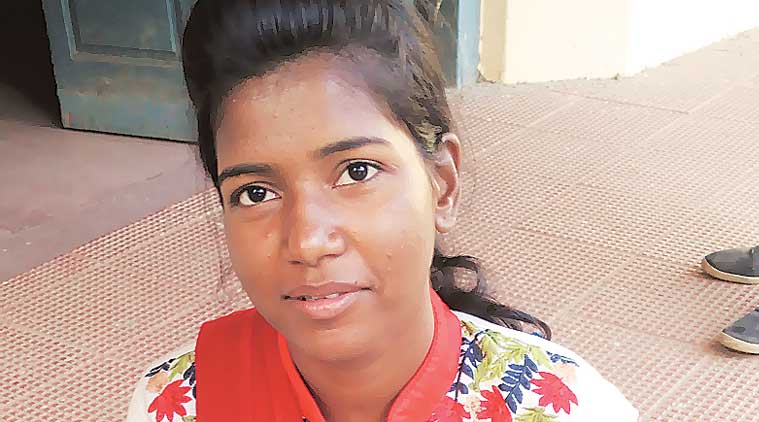 Above: The rusticated student, Asma Khan

Five days after the Madhya Pradesh High Court set aside Asma Khan’s rustication from the Motilal Science College in Bhopal, the 19-year-old plumber’s daughter is still waiting for a call from her college. The second-year BSc student was rusticated in March this year for purportedly calling the teachers “unpatriotic” on her Facebook wall but she won a legal battle against her college administration.

“This is flagrant violation of the principle of natural justice,” Justice Sujoy Paul of the Madhya Pradesh High Court said in his order on December 1 while setting aside the rustication. The Court allowed Khan to appear for the annual examination. Her rustication order on March 21 cannot stand judicial scrutiny, Justice Paul observed. The feisty girl, who chose to challenge the rustication order, instead of apologising for the alleged Facebook post, says that she finally stands vindicated.

In her petition, Khan argued that she was rusticated on the basis of incorrect and uncertified things posted on social media. She did not admit that the comment was posted by her on Facebook. On the other hand, the government advocate argued that the petitioner’s comment on Facebook was highly objectionable and showed how indisciplined she was.

Khan’s refusal to apologise for the post had raised a storm on the college campus in March this year. Her supporters organised a rally in Bhopal while her opponents launched a signature campaign for rustication. For over a week, the college witnessed unrest, with students being divided along ideological lines.

Khan is affiliated to a left-leaning student organisation, the Bhagat Kranti Dal (BKD), which had wrested three of four posts from the RSS-affiliated student wing, the Akhil Bharatiya Vidyarthi Parishad (ABVP), in the college student union elections in October 2017. A stung ABVP was looking for an opportunity to spite the rival student outfit.

That opportunity came when the rivals, the BKD and ABVP, decided to hold functions to mark Martyrs’ Day on March 23 in memory of the revolutionary, Shaheed Bhagat Singh. However, college principal Neeraj Agnihotri denied permission to both organisations.

The BKD, which is named after Bhagat Singh, had been observing Martyrs’ Day for many years whereas the ABVP had sought permission for such a function for the first time—an indication that the saffron outfit was itching for a showdown with the BKD. The ABVP deliberately formulated the plan to provide plausible ground for the college administration to deny permission to it as well as the BKD. And the college principal did exactly that.

“We didn’t deny permission to observe the death anniversary of Bhagat Singh. We only said that they couldn’t do it in the college auditorium because two different groups were demanding the same site,” Agnihotri said.

Asked about the BKD’s claim that it had been holding the event for several years, the principal is said to have re­torted, “If a wrong thing happened in the past, it does not mean it should be allowed to continue.”

After permission was denied to both the groups, BKD member Khan called the teachers and professors anti-nationals in a Facebook post, said Agnihotri. The controversial post of March 19 said: “When they should have been studying, students have been forced to launch an indefinite hunger strike to wipe out seditious ideology from college. It’s a strange irony that there is an educational institution in India where students are patriotic and teachers unpatriotic,”

However, Khan clarified that the BKD had started protesting against the denial of permission and during that time, a post was made from her Facebook account. “Within minutes, I was informed by some of my friends that a Facebook post had been made and I removed it. What was shared was not my Facebook post but a screenshot of it,” she reportedly said.

Khan’s student union began an indefinite fast in protest on March 19, the day she began a Facebook campaign, exhorting “alumni and all patriotic students to support BKD in its fight for the honour of the martyr”.

The post was widely circulated and drew both bouquets and brickbats on social media. The ABVP started protesting against the post and sought Khan’s apology. Its members called on Agnihotri, demanding action against Khan.

Two days later, the college decided to expel her for a year. The rustication order read, “You have called all teachers traitor and also said that the college fosters seditious ideology.” Khan later went to meet the principal along with her father.

The principal said that had she tendered an apology, something could have been done. Khan, however, claims that the question of apologising or offering a clarification did not arise as she was not even informed of the decision to rusticate her. “It is surprising that the college authorities decided to rusticate me for one year on the basis of a Facebook post without issuing me a showcause notice or following set procedures,” she said. She also contended that the post was deleted immediately and it didn’t name any person.

But the principal had a different version to offer. He dismissed her plea, saying, “We have the screenshot of what she posted on Facebook. Is staff council required to listen to her views, when it has the proof?”

According to the principal, on March 21, a teachers’ council meeting was held and action was taken against Khan.

“She had two days to apologise. Even after action was taken, she could have apologised. We would have placed it before the teachers’ council again but how could teachers tolerate being called ‘unpatriotic’?” the principal told the local media.

He further claimed that instead of apologising, Khan brought a lawyer and some supporters to “pressurise” the college management.

Khan also wrote a letter to the Prime Minister, Narendra Modi, and Chief Minister Shivraj Singh Chouhan against the “one-sided” decision of the college to suspend her. She also sought time from Governor Anandiben Patel to explain her stand. When all her pleas went unheeded, she finally knocked on the doors of the High Court, which rescinded her rustication.

As of December 5, the college administration had still not acted upon the High Court order. Agnihotri, when contacted by India legal, said he had not received the order yet.