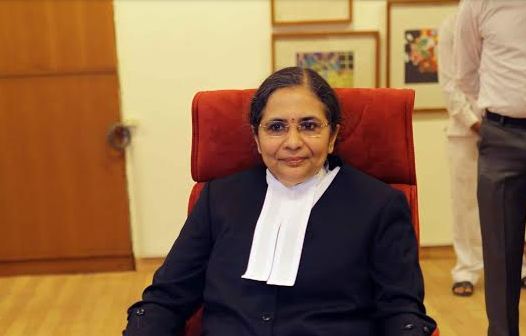 Justice Trivedi has also worked as Special Officer (Vigilance) at the High Court and as Secretary and Resident Legal Advisor for the Government of Gujarat. She has further served as Special Judge, CBI Court, and Special Judge, Serial Bomb Blast Cases, Ahmedabad.

The Collegium, for the first time, has recommended the names of three women judges – Justice B. V. Nagarathna of Karnataka High Court; Justice Hima Kohli, Chief Justice of Telangana High Court; and Justice Bela Trivedi of Gujarat High Court – for elevation to the Supreme Court. Not only is it a shining example of breaking the ‘glass ceiling,’ but it is an inspiration to all the women lawyers and young girls.

At Gujarat High Court, Justice Trivedi has had to deal with a mixed bag of cases. Her varied experience as a lawyer and a Judge has enabled her to handle cases with ease.

On 27th December 2019 Justice Trivedi sitting with Justice A.C. Rao considered the case of Anil Surendrasingh Yadav v. State of Gujarat which was a case of rape and murder of a three and a half year old. The detailed judgment in a very nuanced manner appreciates various submissions and concludes that the abhorrent and atrocious nature of crime committed in a diabolical manner was one of “rarest or rare” and fit for awarding the punishment of death penalty.

In 2018, she strongly rebuked student unions for protests in Gujarat University. Her observation that students should focus on studies and could build their careers in politics later was met with mixed reactions.

In the backdrop of the pandemic, recently in The Surat Parsi Panchayat Board vs Union of India on 23rd July 2021, the bench of Justice Trivedi and Justice Bhargav D. Karia had the opportunity to dismiss a petition filed under the garb of a public interest litigation. The petition was filed seeking a declaration that the COVID-19 Guidelines on Dead Body Management violated the traditional Parsee last rites. The Bench very appropriately observed that “The safety and the welfare of the State is the supreme law as comprehended in the legal maxim – “salus populi suprema lex”. Even the fundamental rights to profess, practice or propagate religion, and the right to manage religious affairs, as enshrined under Articles 25 and 26 of the Constitution of India, are subject to public order, morality and health.”

Her emphasis on welfare for all living creatures is remarkable.  Recently, on January 12, 2021, in the case of AkrambhaiShaukatbhaiPosti vs State of Gujarat. Justice Trivedi considered a bail application for offences committed under the Prevention of Animal Cruelty Act and Animal Preservation Act by a habitual offender and rejected the same holding that “animals, like the human beings have the capability of comprehending the physical and mental pain and that they do feel severity of the physical harm inflicted on them.”

In Ashumal @ Asaram v. State of Gujarat, on 30th March 2020 Justice Bela Trivedi refused to grant interim bail to the infamous self styled Godman Asaram Bapu who was on trial in a rape case in Gandhinagar.

Marking her support for gender justice, Justice Trivedi has also participated in conferences organized by the All India Federation of Women Lawyers. With the imminent elevation of Justices Hima Kohli, BV Nagarathna and Trivedi to the Supreme Court, there is hope that the legal practice in India will make great strides towards diversity.