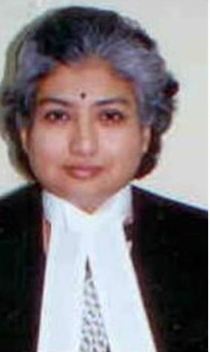 Being in tune with the realities and diversities of people is highly important for a Judge. In her farewell speech at the Karnataka High Court, Justice Nagarathna fondly recalled her time at Sophia High School and Bharitiya Vidya Bhawan and her exposure to the varied and diverse Indian culture. She stated that it was her “firm conviction that one of the binding factors is the Indian Constitution — a legal system committed to the rule of law and an organised hierarchy of courts with a Supreme Court at the apex.”

Apart from her notable judgments, which are plenty, Justice Nagarathna’s firm handling of important situations was best seen when in 2009 she was forcibly detained within the Karnataka High Court premises by a group of protesting lawyers. Following the incident, she made a public statement saying, “We cannot be cowed down like this. We have taken the oath of Constitution.”

One of the main focuses of Justice Nagarathna has been social welfare.

In October 2020, while hearing the case of Master Balacharan Krishnan vs State of Karnataka and Ors, the bench of Justice B.V. Nagarathna and Justice Ravi V. Hosmani, in an elaborate judgment, held that such reservation had no nexus with Article 14 and that the law school was an autonomous university and an institute of national importance.

The bench also quashed the 25 percent domicile reservation in NLSIU Bangalore, holding that the State had limited role under the NLSIU Act and that the legislature had no power to mandate reservation to those domiciled in Karnataka.

Sitting with Justice M.G. Uma in the case of Hanumantha Mogaveera vs State of Karnataka, Justice Nagarathna dealt with the intricate issues in POCSO Act and directed the State to set up requisite courts and provide necessary infrastructure and manpower. The bench also directed the setting up of units in District Hospitals to attend to child victims and mental health professions to be made available.

In June 2021, the Bench of Justices Nagarathna and Hanchate Sanjeevkumar in the case of Rizwan Pasha v. Commissioner of Police, directed release of a prisoner, holding “Consideration of a representation made by a detenu, post confirmation of the order of preventive detention is to be read into the principles of natural justice and also Article 21 of the Constitution. Non-consideration of such a representation would also be arbitrary and oppressive and therefore, an infraction of Articles 14 as well as 21 of the Constitution.”

It is this humanitarian approach that makes Justice Nagarathna a fine choice for the Supreme Court.