A global conference, National Initiative Towards Strengthening Arbitration and Enforcement in India organized by NITI Aayog in New Delhi recently, identified the problems and defined a roadmap

Despite the push for projects like Make in India by the government, India still ranks 130 among 189 countries on ease of doing business. While arbitration is one of the most effective methods of solving commercial disputes, its potential has not been utilized much in India.

Arbitration can help us achieve equitable solutions quickly and at a lesser cost. Given the fact that it offers the advantage of saving time and costs by not going to regular courts, international commercial arbitration is gaining popularity globally as an alternative tool for dispute resolution. Also, foreign companies who sign business contracts with Indian companies prefer an international arbitral institution for resolving disputes.

Ease of doing business in India is a matter of concern. Both Prime Minister Narendra Modi and Chief Justice TS Thakur have said that arbitration should be promoted instead of regular court proceedings to resolve commercial disputes. Both were speaking at a global conference on “National Initiative Towards Strengthening Arbitration and Enforcement in India” organized by NITI Aayog.

While Modi and Justice Thakur have had serious differences over the appointment of judges, they seemed to be on the same page concerning unburdening the courts of commercial disputes. They wanted that these cases be handed over to professionally-trained arbitrators to make the process time-bound and cost-effective.

The Conference aimed at identifying the problems related to arbitration in India and defining a roadmap for strengthening the same. The Conference also brought together legislators, arbitrators, judges and investors. They included Supreme Court judges, such as Justices Anil R Dave, JS Khehar, AK Sikri, SA Bobde and Uday U Lalit.

For India to emerge as a global hub for arbitration, Modi said businesses would seek assurances that commercial disputes would be resolved efficiently. Thus, we need a robust legal framework backed by a vibrant arbitration culture, he said. This alternative dispute resolution should simultaneously facilitate arbitration, mediation and conciliation. The prime minister also added that availability of a quality arbitration mechanism is an integral component of ease of doing business.

Justice Thakur pointed out that there was an “ever-increasing avalanche” of cases and thus, this alternative method of dispute resolution needs to be pushed.

Modi said the independence of the judiciary was a basic feature of our constitution, and that common citizens as well as businesses repose immense faith in the integrity of the judicial process. Justice Thakur lamented that in India, 18,000 judges have to hear five crore cases every year. “Out of the 50 million cases, 20 million are disposed of every year but this ever-increasing avalanche of cases filed in courts is putting the judicial system under stress. So we have to look at some alternative to the conventional method of dispute resolution,” he stressed.

Discussing the need to have credible institutions to offer arbitration, the Chief Justice of India added that domain experts should also be engaged apart from former judges. He also acknowledged that criticism of courts for regular interference in arbitration awards was not misplaced. He added that courts need to be sensitized about arbitration awards and judges not only need to be trained but also need to re-look the statutory provisions. “The need to strengthen the judicial system is intrinsically and deeply connected with our zeal to attract foreign direct investment,” Justice Thakur asserted.

India needs to improve not only the dispute resolution process but have a mechanism to emerge as the most preferred destination for arbitration. For this, the process needs to be suitably strengthened and professional arbitrators be given opportunities to hone their skills. Infrastructural facilities should also be available.

Some of the challenges that India faces today include availability of excellent, globally recognized arbitrators, observance of professional conduct, ensuring neutrality and timely completion of proceedings and cost-effective arbitration proceedings.

Creation of a vibrant ecosystem for arbitration should be one of the foremost priorities of the government. 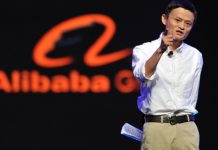 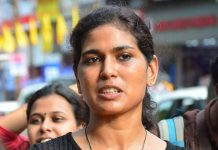 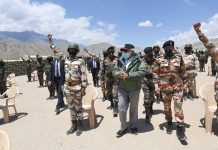