In an exclusive interview to India Legal Bureau, Supreme Court Senior Advocate R Venkataramani spoke for the first time on his work in the complex Amrapali case and on many other issues. 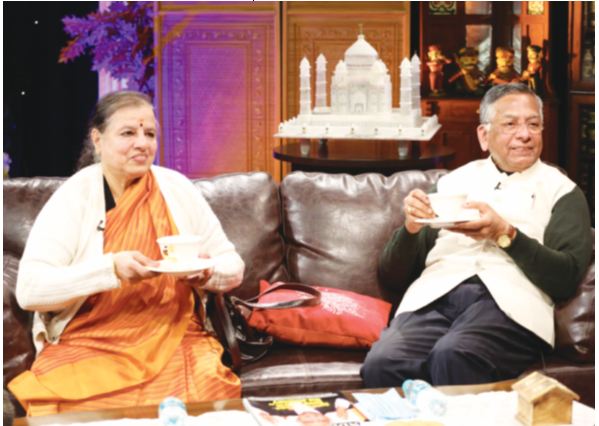 Supreme Court  Senior Advocate R Venkataramani has established himself as one of the most erudite and astute lawyers of India, dealing in matters as varied as constitutional law, environmental law, taxation, tribal rights, child and women’s rights. He has represented several state governments, the Union government, universities and public sector undertakings in major litigation in the Supreme Court and in High Courts. A former member of the Law Commission of India, Venkataramani was recently appointed by the Supreme Court as Receiver for the Amrapali Group, tasked with unravelling a complex web of financial issues to pave the way for thousands of anguished home buyers to finally get a roof over their heads. In an exclusive interview to India Legal Bureau, he spoke for the first time on his work in the complex Amrapali case and on many other issues. Excerpts:

Please share with us the case that has been closest to your heart.

There are many cases which have deeply engaged me. But one case has stuck in my mind. It was about a very unfortunate adivasi woman, who was sexually assaulted and violated, in a police station. The question was, whether the woman as in the ordinary course should move a local magistrate to get the (guilty) policeman and others who shielded them prosecuted, or to pursue other efficacious remedies.

There was an organisation working for free legal aid in Rajpipla in Gujarat (where the incident happened). The head of this organisation called me up and asked my advice on what best needed to be done in this case. I advised him that we should file a petition in the Supreme Court.

We filed a petition in the Supreme Court. We worked hard on the case and the Supreme Court entertained it. Some of the issues I wanted to raise were on the accountability of custodial institutions like the police, and armed forces, particularly in the context of violation of women’s dignity and liberty.

The question which kept bothering me was that if a woman like her is not protected, then what is access to Justice? After a while, the Supreme Court in this case appointed a commission and the commission submitted a report. Not only was the policeman responsible for doing this dastardly act prosecuted, but so also were other officers who had tried to suppress this issue. Many people were sent to jail.

Another question I raised was that in countries like England and New Zealand, there is a scheme called “Criminal Injuries Compensation Scheme”. If you are subjected to certain crimes, you are entitled to compensation. I thought that this principle should be developed to comprehend such cases. On accepting my suggestion to the Court, this woman also got an interim compensation and secured rehabilitation. Now these issues are well settled and our law has evolved.

Tell us about the Amrapali case and the developments so far.

I have so far declined to say anything about Amrapali, because one, I may say something which might not get reported exactly as I say, or it may be taken (represented) as not what exactly is happening. It is a very challenging job, unprecedented in the history of the Supreme Court, with no roadmap ahead for the Court or for a person like me, appointed as Receiver.

With all this, to do something very different, something which can really produce novel legal and practical solutions, I am virtually working every day to resolve various problems concerning thousands of home buyers. Ways are being found with the cooperation of many people, particularly the committee of auditors appointed by the Court, which is actively involved in finding solutions to many issues.

Essentially, in this case the Court is doing a government’s job, it is doing a job of a company, a financial expert, an auditor, a consumer court, and many roles all rolled into one. Why they found in me, that I could be an administrator or as a Receiver of this project is not known to me. I think it is only the trust aspect which they had in mind. I see the enormous difficulty of discharging this trust every day as there could be a small slip or, there could be some small error in some decisions and I could be mistaken.

So, it’s a question of trust and what guides me ultimately is my personal ethics of doing something worthwhile that the Court wants me to do.

How long do you think this case will take to be solved?

The entire work will go on for another two years at the maximum, but the foundation work and the preparatory steps, etc, should not take more than six months. By that time, everything will be more or less settled and then it will be only the supervisory aspect of it.

There are a whole lot of women students and women lawyers in India. What do you think is lacking that they do not end up on the bench? Why so few on the bench?

Women lawyers and judges in India are more in number, compared to the rest of the world. Things are changing in considerable measure. I feel personally happy about it. And very soon, we will need no debate on reservation for women.

I think the emerging dimensions of the equality debate will change the status quo. Yet we need significant social and institutional incentives to make it happen in a big way.  Our country must lead in this regard. Look at the ill-addressed concerns relating to violence against women. Everything is connected.

You have worked on child labour and bonded labour issues. What do you think about bonded labour which still exists in our society?

It has been more than three decades since the bonded labour act and The Child Labour (Prohibition and Regulation) Act have been passed. I think that many of these welfare legislations need to have a different framework.

You can’t merely depend upon the current system of public service as governmental structures alone cannot effectively deliver services under these legislations.

There is an assumption that those who become public servants are disinterested, disembodied souls, which is a questionable assumption. So, a lot of things can distract these people, even at the highest level of a minister or a collector, from doing what they ought to do.

We need to evolve different kinds of governmental structures. People’s participation can make a whole lot of difference.

We should move away from the traditional framework of law and implementation, or enforcement of law and move towards a different model where people can be directly involved, but on a structural basis. Law schools must be R&D laboratories and they should be involved.

So, between the noise of the streets and the discipline of constitutional government, we need to have some kind of a marriage. There is no precedent which can be followed, but this is just a thought. The future social revolutions will be a symbiotic association of social movements and governments, both involved and firmly engaged in constitutional schemes and disciplines.