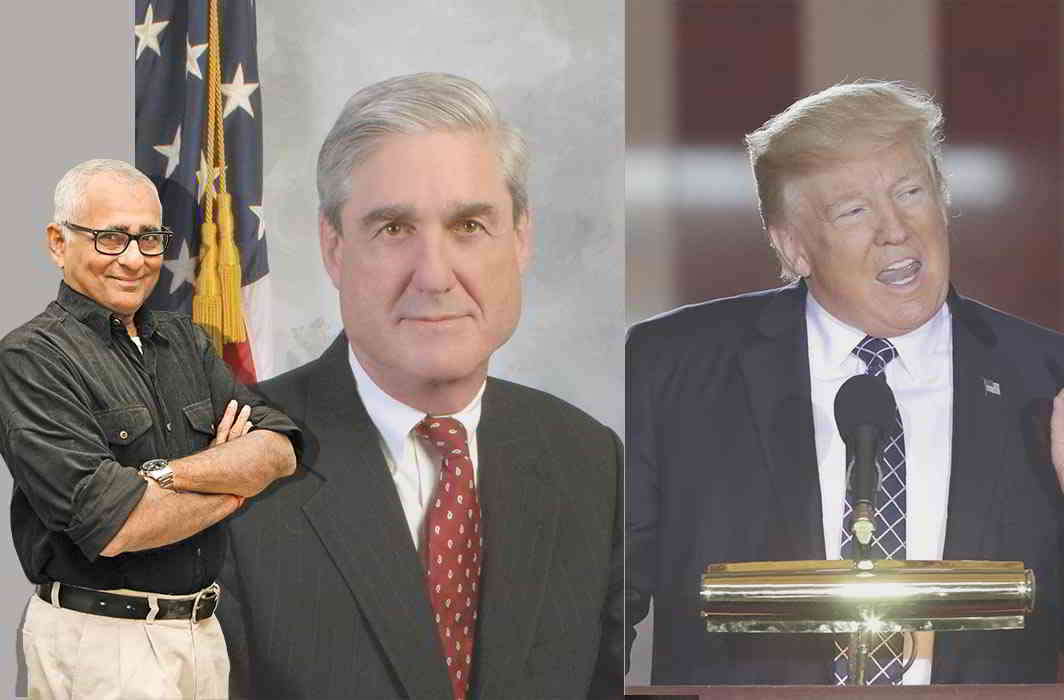 One of the biggest problems that functioning democracies face is that they often become dysfunctional when faced with investigating allegations of criminality, and actual or perceived conflicts of interest against high-ranking Executive officials. This is a glaring flaw in the Indian system of government which is committed in constitutional principle to upholding the separation of powers between the branches of government but fails to make that cut in the real world.

This principle is the very foundation of the accountability of rulers to those whom they govern. Under the Indian system, the Legislature— whose prime function is to ensure that the Executive branch carries out the mandate of the public with diligence and integrity—is in effect a slavish extension of the Executive. A minister is also a member of parliament or a legislative assembly. This is a built-in conflict of interest because, as a legislator, the minister can hardly be expected to be an impartial judge of his own actions.

It is small wonder then, that despite the CBI, the Central Vigilance Commission and CAG, fraud, waste and corruption, even when detected, go uninvestigated, unpunished, or covered up by the very agencies appointed to probe them. At the central level, the CBI, reporting directly to the prime minister, while an effective tool against his political enemies, can hardly be expected to launch a prosecutorial inquiry against the chief executive and would also need prior permission from the government before opening cases against high-ranking officials and ministers. A newly elected chief minister of a state can simply shut down an ongoing criminal investigation against him launched by a previous administration. Joint parliamentary committees have been notoriously partisan in their approach to inquiring into wrongdoing by their own parties.

Sister democracies like America have handled the accountability question better because of the relative independence of legislators. A senator or member of the US Congress can vote against a bill pushed by his own party and not face any consequences. A bill being pushed by the President and defeated in Congress does not imperil his administration. Yet, the US has faced huge problems when trying to discipline a vagabond President bent on desecrating the country’s constitution, lying to the public or pursuing a culture of impunity to shield himself from allegations of wrongdoing.

But, ultimately, America’s system of checks and balances, notwithstanding whether the President enjoys a majority in Congress, does kick in, as it did last week, to check a President and his staff from treating the White House as an unassailable fortress for a King and his Courtiers. When elevated to the position of the world’s most powerful man, Presidents tend to forget that they were elected, not crowned. When they espouse the dogma of Executive Privilege (a term used by disgraced American President Richard Nixon to escape answerability to the Congress and federal prosecutors), they are championing The-King-Can-Do-No wrong royalist doctrine. This was something that the founders of their nation waged a bloody war against in order to win their independence from Britain and forge a new country which completely rejected the Divine Rights of Europe’s despotic monarchs.

A new claimant to that Divine Right—President Donald Trump—is now waking up to the fact that the Emperor really has fewer clothes than he thinks, and stands naked before the American Constitution when the law—in this case the Justice Department and Attorney General—(under pressure from the US Congress) decide to appoint a Special Counsel (SC) to confront him.

The appointment of former FBI chief Robert Mueller, a lawyer with an impeccable reputation, as Special Counsel to get to the bottom of charges that Trump and his top campaign aides reaped political benefit in the 2016 presidential race in collusion with Russia, is testimony to the ability of the American political system to restore equilibrium when the pendulum swings too far in one direction.

So what exactly is a Special Counsel? The position is not unlike a Lokpal, except that it is not a permanently occupied position. Earlier, under the Ethics in Government Act (EGA) of 1978, the post was called Special Prosecutor, but amendments to this legislation in later years changed the nomenclature. The purpose of EGA is to ensure that public officials, including the President, were not above the law. The statute officially ended the Presidential culture of impunity. Elsewhere in this issue, we are carrying a story by veteran US journalist Kenneth Tiven pointing out similarities between Richard Nixon trying to stonewall Water-gate and Trump doing the same with Russkigate.

A US Congressional Committee noted in a report: “Following revelations of possible abuses and illegal activity by Nixon Administration officials, there were many calls in the Congress for the appointment of a Special Prosecutor, independent of the Department of Justice, to investigate the Watergate case. During the spring of 1973, the Senate Judiciary Committee explored the need for a Special Prosecutor during the confirmation hearings of Elliot Richardson to be Attorney General (AG). Richardson eventually appointed Archibald Cox as Special Prosecutor, and drew up a charter governing his activities. This agreement provided that the AG would not interfere in Cox’s decision-making, and that the prosecutor would not be removed ‘except for extraordinary improprieties’. Despite Congressional skepticism on the actual degree of control by the AG, Richardson was confirmed. The firing of Cox by Acting Attorney General Bork because of Cox’s refusal to compromise on obtaining access to presidential material for his investigation revived calls for legislation to assure the independence of the Special Prosecutor.”

In light of the current developments The AXIOS website produced an easy-to-understand “cheat sheet” for those who are finding it difficult to figure out just what an American Special Independent Counsel can do. For brevity, it is worth a read, and I reproduce excerpts:

Current law on Special Counsel (SC) is governed by the Code of Federal Regulations (CFR), Chapter 6, which has been the way to appoint a special counsel ever since 1999. The law gives the AG much more authority over whether to appoint an SC, and over the investigation.

It’s not a perfect system, but India could take a page out of this book.