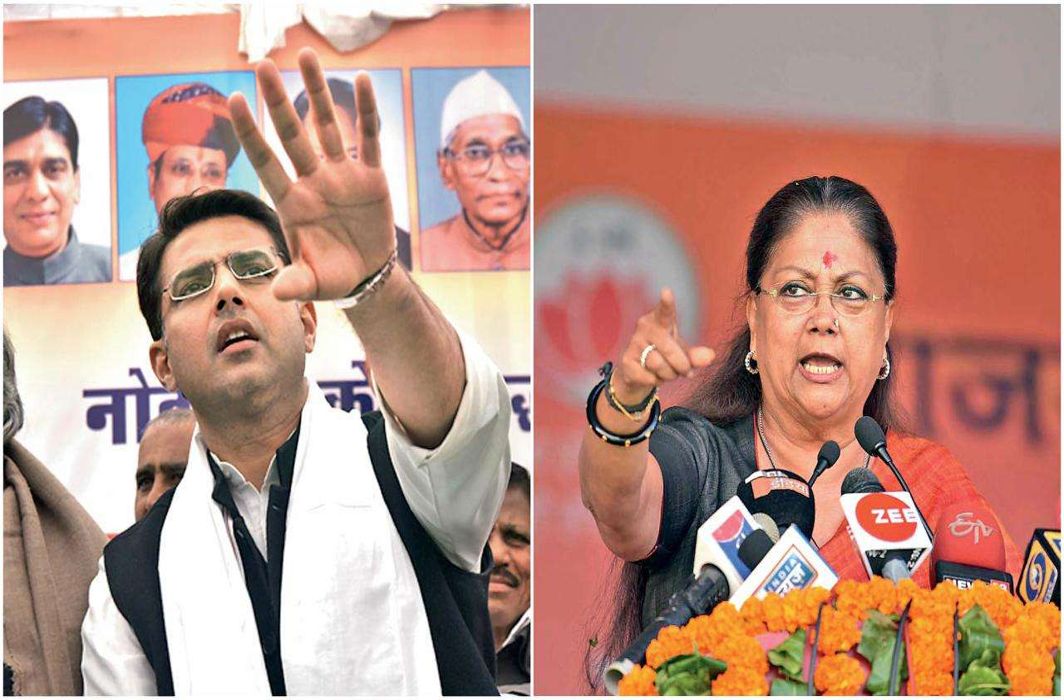 On a day when the entire BJP brass was busy hailing finance minister’s Arun Jaitley’s Union Budget 2018 as “historic”, the saffron party received a major setback from Rajasthan and West Bengal, where it was comprehensively defeated by the Congress and Trinamool Congress in by-polls for both Lok Sabha and Assembly seats.

The result of the by-polls, overshadowed predictably by the brouhaha over the Union Budget, come at a time when the corridors of power in New Delhi are abuzz with speculation that Prime Minister Narendra Modi’s government could advance the General elections scheduled for April-May 2019 to later this year. Such a move, if indeed implemented, could make the Lok Sabha elections coincide with the assembly polls due for the BJP-ruled Rajasthan, Madhya Pradesh and Chhattisgarh and also pave the way for the first steps towards realising Modi’s ambitious plan of simultaneous Assembly and Parliamentary elections.

However, if the result of the by-polls is anything to go by, the electorate seems to be fast getting disenchanted with the saffron party four years after Modi propelled it to a landslide victory in the May 2014 general elections and then continued the victory march in over two dozen provincial assemblies that went to polls in subsequent years. That the by-poll embarrassment for the BJP comes months after its narrow victory in Gujarat – the home state of Modi and BJP president Amit Shah where the party has been in power for over two decades – is another fact that points towards a slump in the popularity of saffron brigade.

In Rajasthan, where the Congress had been wiped out in the last general elections, the Grand Old Party made a stunning comeback by winning by-elections to the Alwar and Ajmer Lok Sabha seats as well as the one for the Mandalgarh Assembly segment. The election result would come as a major shot in the arm for Rajasthan Congress president Sachin Pilot and would undoubtedly strengthen his claim to be the party’s chief ministerial candidate in the Rajasthan assembly elections that are due in November this year.

Pilot has been relentlessly working to boost his party’s electoral prospects in Rajasthan where the incumbent BJP government under chief minister Vasundhara Raje is facing heavy anti-incumbency. He had failed to retain his Ajmer Lok Sabha seat in the 2014 general elections. Political observers feel that Pilot’s decision to not contest the Ajmer by-poll and instead have the Congress field his confidante Raghu Sharma was a clever move. Pilot minutely manoeuvred Sharma’s election campaign, leading to Thursday’s victory, and in the process made it evident that as Rajasthan Congress president, he had succeeded in reviving the party’s prospects in the state. Coupled with the victory in Alwar Lok Sabha seat and Mandalgarh assembly segment, the Ajmer win would help Pilot severely dent an attempt by former chief minister Ashok Gehlot – who was incidentally the Congress’ in-charge for the Gujarat assembly polls – to be named as the party’s chief ministerial candidate in the upcoming assembly elections.

The victory in Alwar, Ajmer and Mandalgarh will, of course, also be projected by the Congress as a major endorsement by the voters of newly-elevated party president Rahul Gandhi although he didn’t campaign for the candidates and left the ground-work to regional satraps like Pilot and Gehlot.

In West Bengal, the by-polls to the Uluberia Lok Sabha seat and the Noapara assembly constituency reinstated the position of chief minister Mamata Banerjee and her Trinamool Congress as the continuing political favourite of the state’s electorate. The Trinamool managed to retain both these seats while her principal rival – the CPI (M) as well as the Congress were decimated, finishing at a distant third and fourth spot respectively in both the seats. However, Banerjee would want to assess how the BJP, which had very limited electoral presence in Bengal till a few years ago, managed to finish second in both these seats where the Muslims comprise a substantial voting bloc. With the CPI (M)- led Left Front in complete disarray in a state that it ruled for over three decades till Banerjee’s romp to power and the Congress long reduced to a minor player, the BJP has been aggressively working to emerge as the main political challenger to the Trinamool in Bengal. The by-poll result in Uluberia and Noapara show that the BJP has had some success in making in-roads in the state’s politics. The Trinamool’s continued policy of appealing to the minorities while alienating the majority community could boost the saffron party’s efforts of consolidating an electoral base in Bengal in the near future.