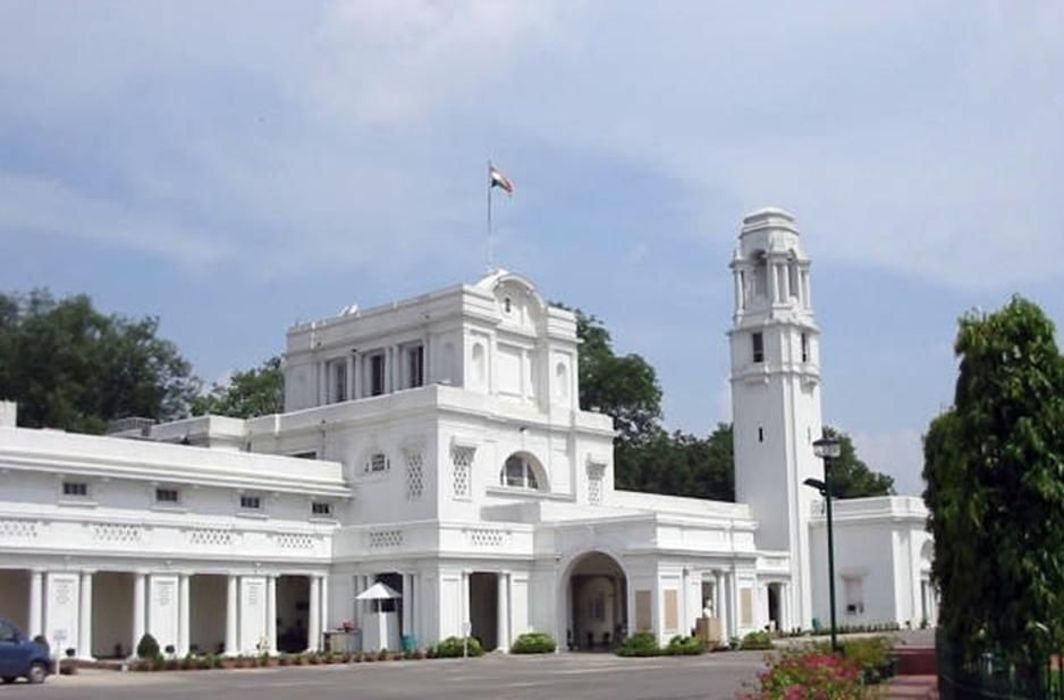 Long before the Centre’s decision to bifurcate the erstwhile state of Jammu and Kashmir into two Union Territories, Delhi was also stripped of its statehood under the Reorganization Act.

The Aam Aadmi Party, which stormed to power in 2015 on full statehood rhetoric, has however, maintained silence on the issue this time.

Delhi, by virtue of the States Reorganization Act, 1956, became a Union Territory. The Legislative Assembly of Delhi was first constituted on March 17, 1952, only to be abolished in 1956. The Assembly was reinstated in 1991 on the recommendations of Sarkaria Commission set up by the Centre in 1987 to look at reorganisation of Delhi.

Taking into consideration the recommendations of the committee headed by Justice Sarkaria, the then Congress government at the Centre had introduced the 69th Amendment Bill in Parliament with an objective to amend articles 239AA and 239BB in the Constitution. Subsequently, the Parliament also passed the Government of National Capital Territory of  Delhi Act, 1991, to supplement the constitutional changes introduced to restructure Delhi administration.

Former Prime Minister PV Narasimha Rao consciously kept sensitive subjects like police, law and order, and land under the Centre, as opposed to the states having absolute powers and authority under the constitution with regard to these subjects.

The Parliament, by 69th Amendment Act, in a way restored the status of Delhi as a Union Territory with a legislative Assembly and elected head of the state government, but with a limited mandate and powers.

The first elections to Delhi’s legislative assembly were held in 1993. The BJP had swept the first assembly elections after NCT came into being. In Delhi, being an anomaly, LG doesn’t have all the powers vis-a-vis the Governor of the state. It was President of India and not LG who appointed Madan Lal Khurana, the elected leader of the BJP legislative party as the first Chief Minister of Delhi.

Delhi has witnessed two assembly elections in the last five years and two LGs, with current Chief Minister Arvind Kejriwal from Aam Aadmi Party having countless run-ins with LG appointed by BJP-led government at the Centre. This is not the first time when Delhi has been helmed by a party which is opposed to the ruling party at the Centre, but at no point, issues over the centre-state arrangement in Delhi have led to crisis in the city or severe law and order issues as during the Aam Aadmi Party’s tenure.

There have been many instances in the last five years when the decisions of the elected government of Delhi were overruled by the LG who works on behalf of the Home Ministry, resulting into frequent stand-offs between the chief minister and the lieutenant governor.

Constitutionally, the Delhi government has not been given control over three important government authorities — Delhi Development Authority, responsible for housing, accommodation and infrastructure; Municipal Corporation of Delhi (MCD); and Delhi Police.

The Delhi government can’t recruit or oversee the functioning of bureaucratic officers working for it. Even Delhi being a UT with a legislature, the government of the NCT of Delhi has to seek prior approval of the President, who acts on the aid and advice of the Home Minister, before being presented in the Delhi legislative assembly.

However, the Delhi government has been given unrestricted powers to deal and control over education, sanitation, health and public works department.

The AAP has been demanding that the Delhi Police comes under the Delhi government. It makes virtually impossible for an elected government to govern a state with multiple vertical political arrangements overlapping jurisdiction and powers, and without any degree of control in law and order management in its hand.

With Delhi having no administrative autonomy or control over many sensitive subjects and having an adversary ruling at the Centre, the challenges to an elected state government substantially increase as people are likely to question it for the poor governance, instead of aiming their questions at the Centre.

If the demand for full statehood is conceded, the police, law and order, and the land will come directly under the state government. The LG will be replaced by a Governor who will act on the aid and advice of the Council of Ministers of the state.

But Delhi is not the only exception. National capitals of major countries have not been granted full autonomy or statehood. As most of the national capitals house foreign embassies,  government headquarters, Parliament, intelligence agencies, it is justified for the Centre not to trust the state government and hand over all the authorities and security machinery to the latter. Similar to Delhi, the US has not conceded to the long-pending demand of statehood for Washington D.C.

Delhi is much better placed than Washington, given the rights and privilege residents of Delhi have enjoyed since long. When the capital of the US was officially moved from Philadephia to D.C, the residents lost their representation in Congress and the Electoral college, as well as the right to home rule. The residents were granted voting rights only in 1961 after the passage of the 23rd amendment to the Constitution. However, to this day, the residents don’t have voting representation in Congress, and the federal government exercises its jurisdiction over the state. Its budget is approved by the Congress. Any law it passes can be over-ruled by the Congress.

The Delhi government instead of pressing for full statehood, should demand a say in subjects that really matter for governance–land, law and order, bureaucracy. For effective governance, Delhi should seek for control over the city’s municipal bodies as well. This way, the state can continue getting subsidies and grants from the Centre and can also escape the perils of the increased tax burden on the Delhi residents in case full statehood is granted.

Did you find apk for android? You can find new Free Android Games and apps.
Share
Facebook
Twitter
Pinterest
WhatsApp
Previous articleSabarimala: SC to hear the scope of judicial review on the point of religious faith and women’s rights
Next articleDelhi HC asks Centre, EC, state govt to respond on plea seeking to file nomination papers