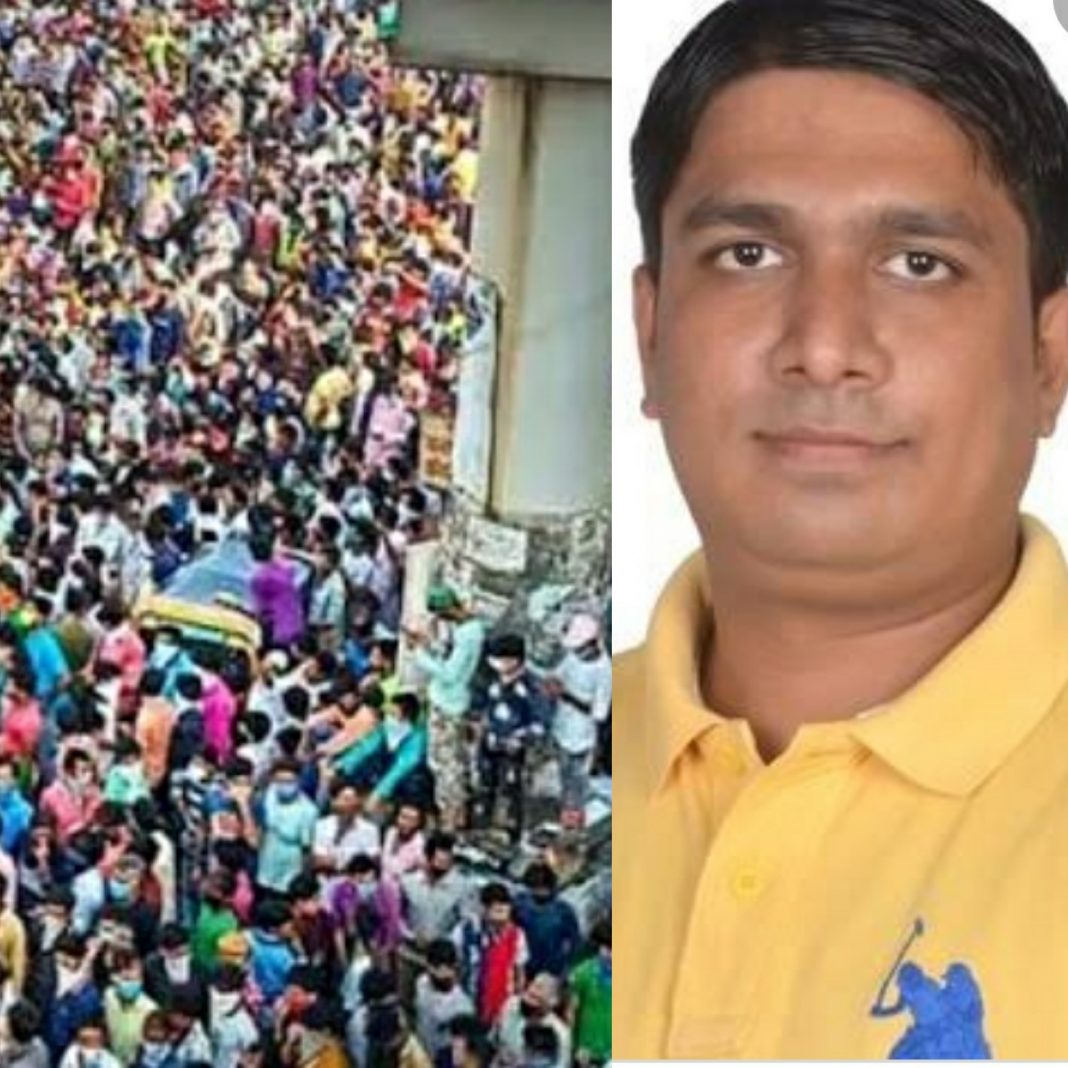 Mumbai Police on Wednesday morning arrested Vinay Dubey who allegedly had incited a mob of migrant workers in the city to gather at the Bandra railway station.

Huge crowds of migrant workers had assembled in Bandra and Mumbra in Mumbai on Tuesday demanding to go home amidst the nationwide lockdown imposed in the wake of the Coronavirus pandemic. The massive and uncontrollable crowds demanded that the state government make arrangements for them to return home. The crowd had gathered a masjid near the Bandra station following which the administration got a muslim cleric to request them to not congregate in such large numbers and return to their homes.

Dubey had also threatened a huge protest by migrant labourers in Kurla, Mumbai, on April 18. Police believe his messages on his social media accounts may have contributed to the gathering of migrant workers. Vinay Dubey runs NGO in Maharashtra and had fought elections in 2019 Lok Sabha as an independent candidate
He was active in anti- CAA, NRC protests too.

After mob gathered at Bandra on Tuesday, Maharashtra Home Minister Anil Deshmukh said that strict action will be taken against those responsible for spreading rumours.

On Tuesday, more than 1,000 migrant workers gathered outside the station in Bandra and demanded transportation arrangements to go back to their hometowns, barely hours after Prime Minister Narendra Modi announced the extension nationwide lockdown till May 3.