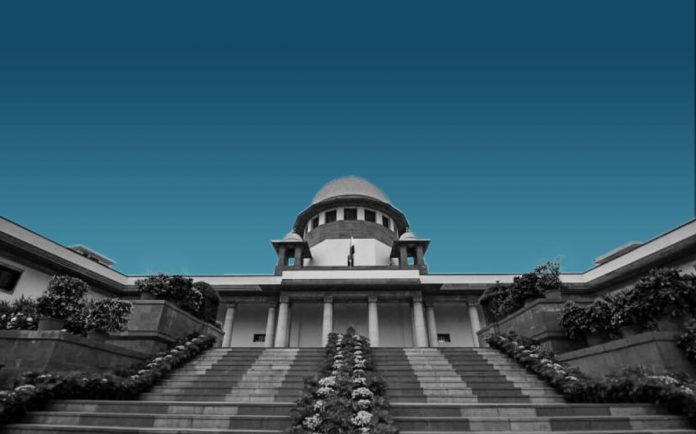 The Indian Union Muslim League (IUML) has moved the Supreme Court, challenging a Ministry of Home Affairs notification that seeks applications for citizenship from non-Muslim refugees from Afghanistan, Pakistan, and Bangladesh in 13 districts.

In its petition, the IUML submitted that the challenge made to the Citizenship Amendment Act 2019, is already pending before the apex court, and on 28/05/2021, the Centre/Ministry of Home Affairs issued a notification relying on Section 16 of the Citizenship Act 1955, the power to grant citizenship under Sections 5 (citizenship by registration) and 6 (citizenship by naturalization).

The petitioner avers: “That is manifestly illegal and runs counter to the provisions of the Act, as well as the Constitution on the following grounds:

a) Whilst Section 5 (1)(a)-(g) of the Act lays down in unequivocal terms the persons who are eligible to apply for citizenship by registration, Section 6 of the Act permits any person (not being an illegal migrant) to apply for citizenship by naturalisation. Therefore, the attempt being made by the Respondent Union in whittling down the applicability of the two provisions through an executive order is illegal.

b) That the two provisions read together do not permit the classification of applicants on the ground of religion and therefore the order goes beyond what is permitted by the provision itself.
c) Furthermore, the order does not withstand the test of Article 14 inasmuch as it treats people within a particular class i.e. persons entitled to apply for citizenship by registration and naturalisation unequally by virtue of their religion.”

It states that the concept of granting citizenship to persons on the basis of religion was introduced vide the Citizenship Amendment Act, 2019 and the impugned order and rules have already been challenged in the writ Petition. “The said act is against Articles 14, 15 and 21 of the Constitution and violative of the basic structure of the Constitution,” it says.

“However, the Respondent Union, in a roundabout way, and in an attempt to circumvent the assurance given to this Hon’ble Court, have sought to implement their mala fide designs envisaged under the Amendment Act through the recently issued order dated 28.5.2021,” it says.

The plea further stated that a bare reading of the order dated 28.5.2021 as well as the provisions challenged before the Apex Court in writ petition i.e. the Amendment Act , Order 3A of the Foreigners Order 1948, Rule 4(ha) of the Passport (Entry into India) Rules, 1950 makes it abundantly clear that the intention behind the three legislations are one and the same.

It states that if the said Order is implemented and citizenship is given to persons on the basis of their religion, and, thereafter, if this Hon’ble Court strikes down the Amendment Act and rules, whereby the act of providing citizenship on the basis of religion is declared void. Then, to take back the citizenship of these persons, granted pursuant to the present Order, will be a herculean task and would be near impossible to implement.

The petitioner therefore prays to pass orders directing the Respondent Union to stay any further proceedings pursuant to the said Order dated 28.5.2021 issued by the Union of India, Ministry of Home Affairs till such time the present writ is pending before this Hon’ble Court.