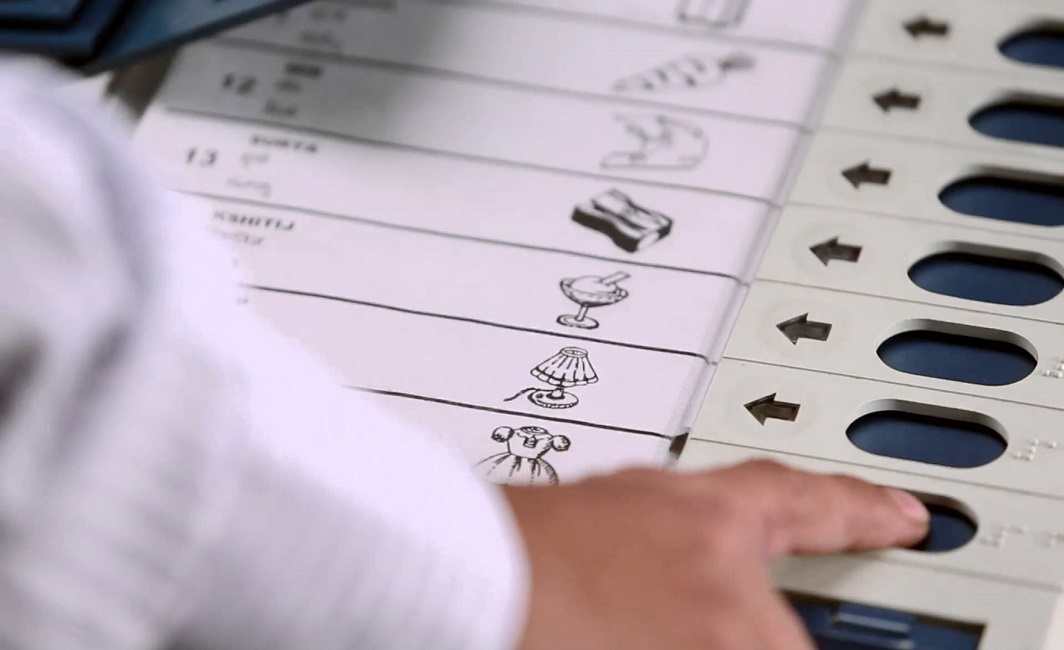 While there is a raging debate in political circles on the parameters being set by the Election Commission for its forthcoming ‘EVM Challenge’ on June 3, there has been hardly any debate on the legality of the entire exercise. Whether the Election Commission (EC) is empowered under the Constitution to hold such an event to dispel ‘doubts’ regarding possible  tampering of EVMs in the recently held Assembly elections is a question which raises a interesting legal conundrum.

The EC is constituted under Article 324 of the Constitution. Article 324 vests the Commission with the powers of “superintendence, direction and control of the preparation of the electoral roll for, and the conduct of all elections to Parliament and to the Legislature of every state and of elections to the offices of President and Vice President…”

Prior to its amendment in 1966, Article 324 also enabled the Commission to appoint election tribunals for the decision of doubts and disputes arising out of or in connection with elections to Parliament and to Legislatures of States.

In the Report of the Law Commission,1966 on the Third General Elections, it was recommended that the power of the Election Commission to decide on  doubts and disputes arising out of or in connection with the elections be divested from it and be entrusted to a High Court.

Pursuant to the said recommendations, the Constitution was amended by the Nineteenth Amendment, 1966 and the power of the Election Commission to clarify or decide doubts and disputes arising out of or in connection with the elections to Parliament and States Legislatures was deleted from Article 324.

Corresponding changes were also effected in the Representation of People’s Act, 1951 to confer jurisdiction on the High Court to exercise this jurisdiction.

The term “doubts and disputes arising out of or in connection with elections” has been held by the Supreme Court to be of extremely wide import.  While interpreting the term, a seven-judge constitution bench of the apex court – Narayan Bhaskar Khare vs Election Commission of India AIR 1957 SC 694 –held that the term constitutes any doubt or dispute arising out of or in connection with election irrespective of which stage in the entire election process the doubt or dispute relates to.

In the light of that well settled interpretation by the Supreme Court, this EVM challenge raises questions as to whether the Commission, as a constitutional body, has over-stepped its jurisdiction.

In its press release of May 20, the EC states that certain ‘doubts’ have been raised on the functioning of EVMs after the announcement of the results of the five state assembly elections in March, 2017. The EC has stated that the EVMs used in the general elections to these five states will be showcased in the EVM challenge to allay any doubts that the EVMs used in the recently held assembly elections were tampered to favour a particular candidate/political party.

In its letter to a political Party on May 27, the EC had sought to allay the doubts and disputes raised in Bhind, Dholpur (Rajasthan), Uttar Pradesh and Uttarakhand. Detailed explanation has been given as to how the doubts are unfounded and that the EVMs used therein were not tampered.

The power to decide or to allay any doubt in relation to any election was specifically divested from the EC and handed over to high court as far back as in 1966.  The attempt of the EC to justify that there has been no corrupt practice or that there has been no tampering of EVMs amounts to exercising a power which it was specifically divested of by a constitutional amendment in 1966.

What is also disturbing is that EVMs used in the last 2017 Assembly Elections have been made the subject matter of challenge. Several election petitions alleging the tampering of EVMs in the last assembly elections are already pending in various high courts.  The action of the EC in pre-judging that the EVMs used in the aforesaid elections have not been tampered can be read as an attempt to prejudge the outcome of these election petitions.

If an election dispute has been raised and tampering of EVMs alleged in the high court and the court is in possession of the matter, it stands beyond reason as to how the EC can attempt to exercise the powers vested in the high court.

While the desirability of holding such an EVM challenge to prove that EVMs are tamper-proof may be a laudable objective from the Commission’s perspective, such noble objectives alone cannot be the barometer of constitutionality.

As the Supreme Court rightly observed in Kunjukutty Sahib v State of Kerala (1972) 2 SCC 364, though an action may have a laudable objective, the same cannot be sustained if it falls fouls of the constitutional muster.

—The Author is Additional Advocate General, Karnataka, and a
practicing lawyer in the Supreme Court. Views are personal.