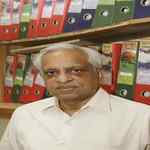 Five-member Constitution Bench of Supreme Court headed by the Chief Justice of India on 13.11.2019 gave a landmark verdict (Civil Appeal 2683 of 2010) dismissing appeal by its own CPIO thus holding office of Chief Justice of India under RTI Act, added yet other milestone in an era requiring transparency. Verdict coupled with another recent Supreme Court verdict dated 17.09.2019 (Civil Appeal 9828 of 2013) declaring DAV College Trust and Management Society public-authority under RTI Act because of substantial government-funding, will have far reaching positive implications where it has set an example for many such bodies affecting day-to-day public-life till now resisting to be under purview of RTI Act.

Earlier Central Government in a reply in the Parliament revealed that it has advised National Dairy Development Board (NDDB) to abide by CIC-decision dated 15.04.2011 upheld by single-bench of Delhi High Court by its order dated 02.02.2015 to bring Mother Dairy under RTI Act. Presently Mother Dairy has filed an appeal at Division Bench of Delhi High Court. Rather all NDDB subsidiaries should be covered under RTI Act. Most people and even public-authorities are unaware of the fact that NDDB has to provide information about its subsidiaries including Mother Dairy under section 2(f) of RTI Act with NDDB being the regulatory body for its subsidiaries.

The then Chief Central Information Commission RK Mathur (now Lt Governor of Ladakh) in his verdict noted that Institute of Banking Personnel Selection (IBPS) is not a public-authority under RTI Act even though four million candidates appear every year for examinations conducted by it.

Co-operative giant IFFCO through which annual fertiliser-subsidy of rupees thousands of crores is routed gifted prime-properties worth rupees hundreds of crores in New Delhi to its
office-bearers with even Comptroller and Auditor General report pointing out massive irregularities in functioning of IFFCO. BCCI challenged CIC-verdict ordering it as
public-authority under RTI Act at Madras High Court despite Union Ministry of Sports supporting CIC-verdict in this respect. It is noteworthy that even Law Commission on being approached by central government subsequent to Supreme Court directions, opined in favour of BCCI to be under purview of RTI Act.

Best is that central government may issue a notification declaring all public-private-partnerships, sports-bodies, cooperative-societies and other such bodies, public-authorities under RTI Act. Land and Building Departments of central and state governments should study all cases of allotment of land or government-accommodations at subsidised rates or lease, and declare all these as public-authorities under RTI Act. For future, an undertaking should be taken from all bodies being given land or government-accommodations at subsidised rates or substantial government-funding that these will be under purview of RTI Act.

Supreme Court in other two clubbed verdicts dated 13.11.2019 (Civil Appeal numbers 10044 and 10045 of 2010) directed its CPIO to re-examine the matter keeping in view section 11 of RTI Act regarding third-party information. It would have been better if final decision could be there at least on correspondence sought between a judge of Madras High Court writing to the then CJI alleging influence by a Union Minister. It would have benefitted independence of judiciary to have a check on those in legislature trying to influence judiciary and would have been in larger public-interest. Clarity is required about third-parties concerned in the Collegium-matter whether these will be members of collegium or those named in collegium-proceedings.

Supreme Court in its historical verdict of 13.11.2019 has laid down important principles further tightening scope of section 8(1)(j) of RTI Act regarding personal information. Undoubtedly like all other legislations for example relating to dowry and post-Nirbhaya episode, RTI Act is also being misused because of which Supreme Court had to be so much elaborative. But principles laid down should have been applicable to other wings of democratic system also rather than for judicial system only. For example para 43 on page 28 of the verdict restricts misuse through surveillance only for functioning of judiciary. While all the public-authorities especially the sensitive ones like President Secretariat, Prime Minister Office and sensitive ministries like of Defence and External Affairs may also be facing misuse of RTI Act for surveillance.

Misuse of RTI Act has otherwise also become a big challenge for which Central Government can issue notifications without amending the legislation.Section 27 and 28 of RTI Act give power to Competent Authorities and state-governments to draft their own rules which include fixing of RTI fees and mode of payment of RTI fees. Several Competent Authorities and states misused their power by having RTI fees as high as rupees 500, which in fact was aimed to discourage RTI Act. Several states fixed RTI fees for filing First Appeals also. However Supreme Court in its verdict dated 20.03.2018 on a petition filed by Common Cause imposed a capping of rupees fifty to be maximum RTI fees.

India should be governed with the principle “One Nation – One Rule” at least in respect of RTI fees and its mode of payment. Best is to club copying-charges of first twenty copied pages (rupees forty) with basis RTI fees of rupees ten (for public-authorities under Central Government) thus making Rupees Fifty as uniform RTI fees throughout the country inclusive of charges of first twenty copied pages. Such a system will not affect poor persons below poverty line (BPL) because they are already exempted from paying RTI fees. However to prevent big contractors and others misusing the provision by filing RTI applications under names of their workers of BPL category to get copying-charges in thousands of rupees waived off, persons under BPL category may be required to pay copying-charges for copied pages exceeding twenty. Such a system will prevent misuse of RTI Act because of such a negligible fees of just rupees ten fixed fourteen years back that too at a time when cost and fees for other government-services have been revised manifolds like of railway-platform ticket and affidavit-papers. On the other hand, providing first twenty copied pages free-of-cost with suggested basic and inform RTI fees of rupees fifty will be advantageous for both the public-authorities and the petitioners in terms of man-hours and postal-charges in demanding and remitting copying-charges.

Railway Board has made it compulsory to attach ID proof of RTI applicant with RTI applications. It was much desired to prevent fake RTI applications being filed in name of others. Department of Personnel and Training (DoPT) should issue a circular in tune with para 23 of verdict dated 02.11.2012 in the matter-Fruit and Vegetable Union versus Unknown (CWP 4787 of 2011) which requires ID proof compulsory to be attached with every RTI application, First Appeal and Second Appeal or complaint filed with Information Commissions. Already the aspect has been adopted at Odisha. Those who do not want to disclose their identity, can file RTI applications through post-box hired at some post-office.

There is no logic in opposing the move wherein some NGOs and RTI activists oppose the idea by saying that it will expose identity of RTI applicants. Identity is already disclosed through names and addresses given on RTI applications. Requirement of ID proof is just to ensure about genuineness of RTI applicants. Otherwise also the step is of utmost importance to prevent non-Indians filing RTI applications because RTI Act, 2005 is meant only for Indian citizens only. In absence of ID proof, public-authorities cannot distinguish those Indians who have same Indian name but have taken nationality of other nations.

Need to accept repeated CIC-recommendations for issue of RTI stamps

Only and best remedy to overcome situation is to accept frequent CIC-verdicts and administrative-request of CIC by postal-department to issue special RTI stamps (like earlier stamps for payment of licence-fees of radios and TV sets) in denominations of rupees 2, 10 and 50 which will save crores of rupees annually to public-exchequers in using postal-orders as mode of payment of RTI fees.  These RTI stamps should be conveniently available at all post-offices and counters of public-authorities and other convenient sale-points

Post-free RTI applications addressed to central public-authorities should be extended to all about 160000 post-offices rather than just about 4500 post offices presently. It is not difficult because every post-office however small it may be, daily sends post-bag to Head Post Office with registered post, cash and unsold revenue-articles. This post-bag can carry post-free RTI applications received at the post-office. Rather special RTI envelopes costing rupees fifty (in case basic RTI fees is increased to rupees fifty as suggested above) should be introduced by postal-department together with suggested RTI stamps where these RTI envelopes can be attached with RTI applications by public-authorities as proof of payment of RTI fees.

This is in reference to order dated 08.08.2018 in WPC 8278 of 2018 in the matter “Anil Dutt Sharma versus Government of NCT Delhi and others” wherein the court has specifically mentioned – This Court is of the prima facie view that the Right To Information Act, 2005 would now override the Delhi Right To Information Act, 2001 as it would occupy the entire legislative field.

Demand to repeal since meaningless Delhi-Right-To-Information-Act, 2001 (DRTI Act) is being made ever since much popular Right-To-Information-Act, 2005 (RTI Act) came into force in the year 2005. DRTI Act has lost all relevance with RTI Act in existence, and only a very few applications are now being filed under DRTI Act, with most officers of Delhi Government being totally unaware about provisions of DRTI Act. Complete infrastructure is set up at all about 200 departments and bodies under Delhi Government to handle just very few applications filed under DRTI Act thus unnecessarily wasting precious public-resources.

Now at least with rightful observations made by Delhi High Court, DRTI Act should be repealed immediately without any further delay.

—The writer is a RTI activist. He can be contacted at subhashagrawal1950@gmail.com, subhashchandraagrawal@gmail.com